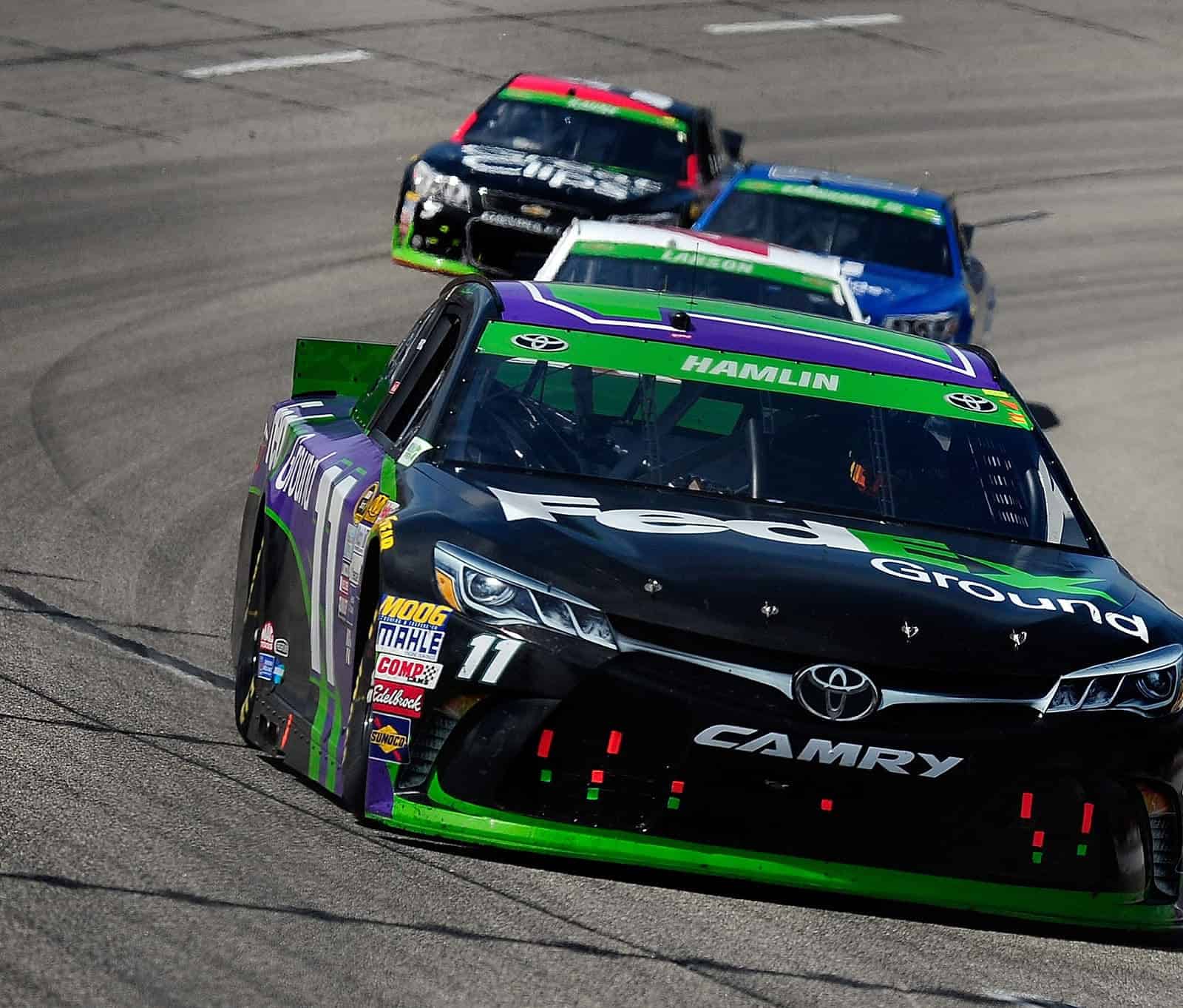 It should have happened a week earlier at Bristol and it seemed to be a just a matter of time before it would happen this season. But it didn’t take too long for Kurt Busch to grab his first win of the season at Richmond Sunday afternoon. It’s been literally a rags-to-riches type of season for Busch. He seemed to be on the verge of being suspended for a long period, and maybe even life, as his domestic violence case was in limbo in Delaware. But once authorities there did not find enough evidence to charge him, Busch was reinstated and back at the track and driving fast after just a three-race suspension.

So, Busch is now in the Chase again. While he also made it last year, it seemed then that he wasn’t going to be a serious contender for the title. But the way Busch and crew chief Tony Gibson have worked together so far this season, Busch has to be considered a legitimate contender this time. And you get the suspicion that Busch will end up in Victory Lane at least another time or two this season.

OK, we know Chase Elliott was in good equipment and we know he has a lot of talent, but for him to finish on the lead lap in 16th place Sunday in just his second Sprint Cup start was quite an accomplishment. Sure, we will be hearing a lot more from Elliott in the coming years, but he’s also got a sense of humbleness that one can only hope is not lost assuming he has a successful career. That humbleness also shows while he’s racing as he is not out there bumping other drivers around or making brash statements, yet also being a very competitive racer. It’s hard to think of a better successor to the No. 24 for next year.

And speaking of tire rubs, while this isn’t to say who was or was not at fault, if Tony Stewart and Dale Earnhardt Jr. are upset at each other, then that raises the eyebrow just a bit. What makes this interesting is that Stewart and Junior have long been drafting partners at the restrictor-plate tracks and that Talladega is next up on the schedule on Sunday.

Earnhardt probably doesn’t have much to be upset about as he finished 14th after Stewart appeared to slide up into him just a little and certainly without any intent. Earnhardt was trying to clear the No. 51 car of Justin Allgaier, so he didn’t have room to move up. The guess here is that Stewart and Junior won’t be mad at each other too long. The good news for Stewart fans is that Smoke was pretty frustrated, so maybe that’s a sign of better things to come for the No. 14 driver.

Jamie McMurray hasn’t been great this season, but he has been pretty good and pretty consistent. He sits ninth in the points with four top-10 finishes, including two top fives. McMurray was near the front and even led four laps on Sunday before finishing fourth. While we are still wondering when his teammate Kyle Larson will get his first career win, it would be no surprise if McMurray actually wins first this season.

Sure, we can wonder a bit about Larson’s struggles this year (he’s 20th in points), but the other supposed super sophomore hasn’t done much this year either. That would be Austin Dillon, who has just one top-10 finish and sits 24th in points. While Dillon appeared to be a nice fit as the next driver to climb into the No. 3 in Sprint Cup after Dale Earnhardt, what was a nice story last year, is now more like a poor reality TV show. The results just haven’t been there and you have to think the No. 3 team is creating a lot more questions rather than providing answers.

After winning at Martinsville, it looked like Denny Hamlin and Joe Gibbs Racing might be ready to emerge from its early season slumber. But for Hamlin now, he’s had back-to-back difficult weeks. First, it was neck spasms that caused him to step out of the No. 11 car after the four-hour rain delay at Bristol. Then Sunday, the No. 11 car was never really a factor at all in finishing 22nd.

OK, so back to Stewart here. Just when it seems he’s starting to get a little momentum, like with a respectable finish of sixth last week at Bristol, it seems something happens to him. He had been in the top 15 for most of the day at Richmond and was in line for a decent finish there. While not earth shaking, it would have been at least a step in the right direction for the three-time champion. But the incident with Earnhardt Jr. left him snake-bit with a 41st place finish. Stewart now sits 30th in points and has three DNFs this season, the most of any Sprint Cup driver. It seems the best hope for Stewart to have a chance to win and make the Chase could be at the restrictor plate tracks of Talladega or Daytona. So, yes, this will be a big and important week for Smoke.

The weather the last two weeks has been abysmal for race fans. There was the four-hour delay at Bristol and then the full postponement from Saturday to Sunday for Richmond. It’s one of those things that no one has control over, but it can also make or break a weekend for those with plans to attend the race. The early forecast for Talladega looks good, so let’s hope that holds true this weekend.