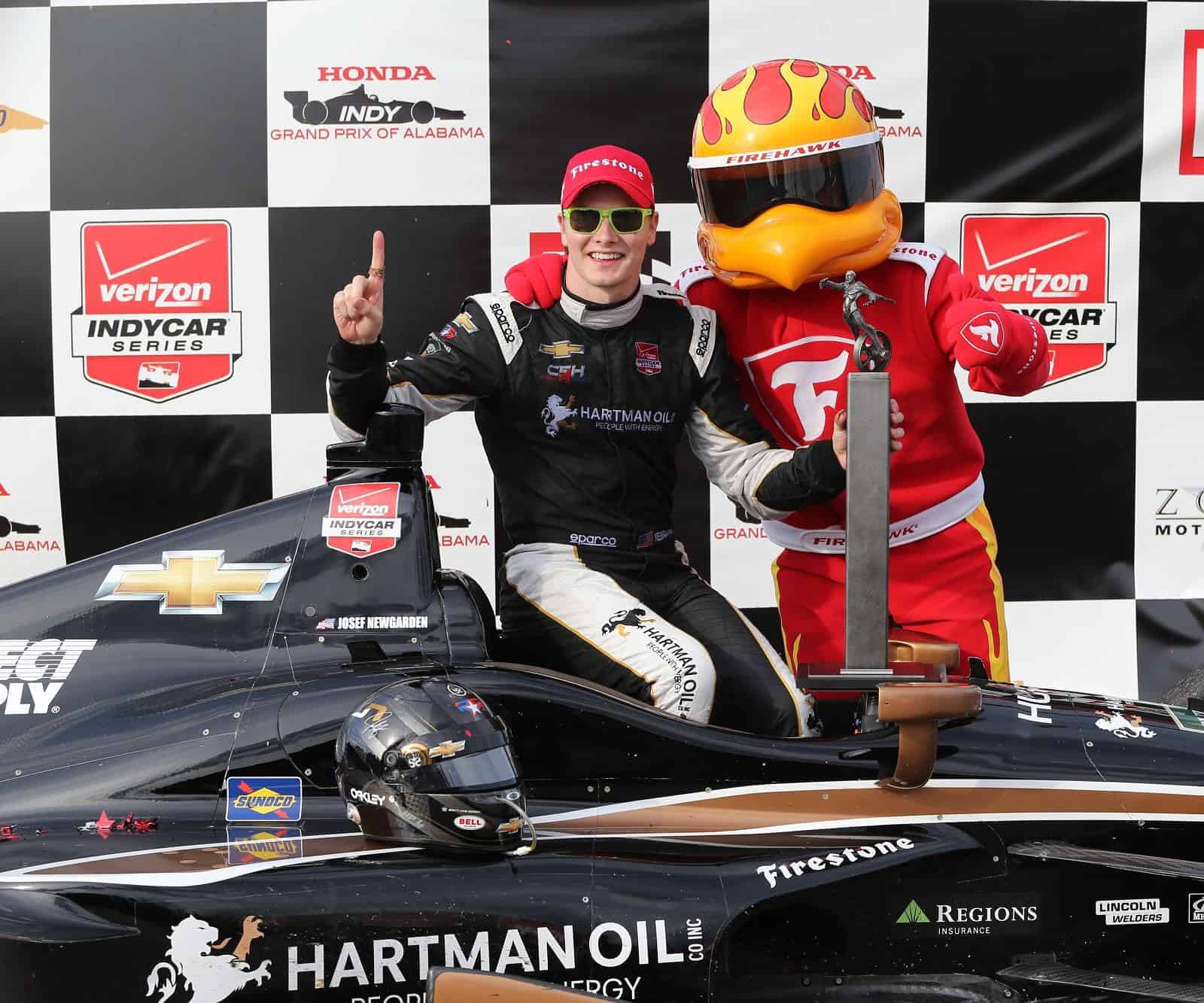 American driver Josef Newgarden drove to his first career victory at Barber Motorsports Park last weekend with fellow American Graham Rahal in hot pursuit in second. It was a stellar closing segment as Rahal dashed furiously through the field, getting by Scott Dixon on the final lap and set to reeling in Newgarden, who was nursing his car home on a fuel-mileage gamble.

For many, though, the race was stellar for more than just the racing action. It was stellar because two American drivers topped the podium. Like it or not, that is the way many American racing fans think, and it’s not a secret. American fans prefer, for the most part, American drivers. The lack of American drivers has long been cited as one of the chief complaints about IndyCar racing.

Funny thing is, it’s not really that there is a lack of American drivers in the Verizon IndyCar Series. Quite the opposite. They are actually the majority. If you are keeping track, there are 30 drivers listed on the slate for this year, 27 of whom have raced and another three who are entered for upcoming races. Of those, nine are American, which equates to nearly 1/3 of the field. Of the remainder, there are five Colombians, three from the United Kingdom, two each from Brazil, France and Italy, and one driver apiece from New Zealand, Australia, Canada, Japan, Switzerland, Monaco and Venezuela.

Ryan Hunter-Reay is the leader in the wins column among the Americans, and he does have a good record, with 14 total victories, the 2012 Verizon IndyCar Series championship, and the 2014 Indianapolis 500 on his resume. If the series had three or four Ryan Hunter-Reays, then there probably would be little to complain about. Unfortunately that’s not the case.

So what have the other American drivers done? First off, let’s excuse Sage Karam and Conor Daly from the room here. Karam had an impressive ninth-place finish at the Indy 500 last year, but he’s basically a stone-cold rookie. Daly is still really trying to get his shot, and though he looked pretty good in Long Beach, but he’s really not got anything solid to work with.

JR Hildebrand, some would say, had his shot, and blew it. He almost won the Indy 500 once. He hasn’t had a full time ride since 2012 and right now he’s not scheduled for anything but the Indy 500 this year. So far it’s still just Hunter-Reay. Moving on.

Ed Carpenter is next up. He’s got three wins, picking up one in three of the last four seasons. He’s the hometown Indy favorite and he’s taken a couple of poles there. He also only races on oval tracks, splitting his ride with Luca Filippi who does the driving duties on the road and street courses. He is always part of the conversation when the race is on an oval, but that’s only six times this year.

There are still four more Americans, and they all race full-time, so what about them? Last weekend’s winner, Newgarden, is very popular and he came so close so many times before breaking though for this first win last weekend. The man behind him, Rahal, came out of the box strong, winning in his very first Verizon IndyCar Series start in 2008, but it’s been just so much frustration since then trying to get that next win. Still, there are still hopes that Rahal will live up to the promise so many hoped he held.

Charlie Kimball also has one win to his credit in 2013. He drives for Chip Ganassi, but he’s always been sort of seen as a B-team to his superstar teammates.

Marco Andretti. He’s, well, Marco Andretti. Talk about having to live up to big promises. Let’s also talk about falling short. He’s been in the series since 2006. He’s won exactly twice, in his rookie season and then not again until 2011. It’s not what was expected of him, but it’s become what’s expected.

If you take all of the American drivers on the scoring sheet this season so far and add them together, you get a sum total of 22 wins. Scott Dixon, the winningest active driver on the circuit right now, has 35 wins all on his own. Sebastien Bourdais (32), Helio Castroneves (29) and Will Power (24) have them beat as well. (For purposes of this article, these are the win totals for these drivers across both CART/Champ Car/IRL and IndyCar).

That should explain why the Newgarden/Rahal one-two finish was such a big deal. It’s what American racing fans mostly only dream of, and it didn’t even involve Hunter-Reay. Is it a glimpse of more good things to come? Fans sure hope so.