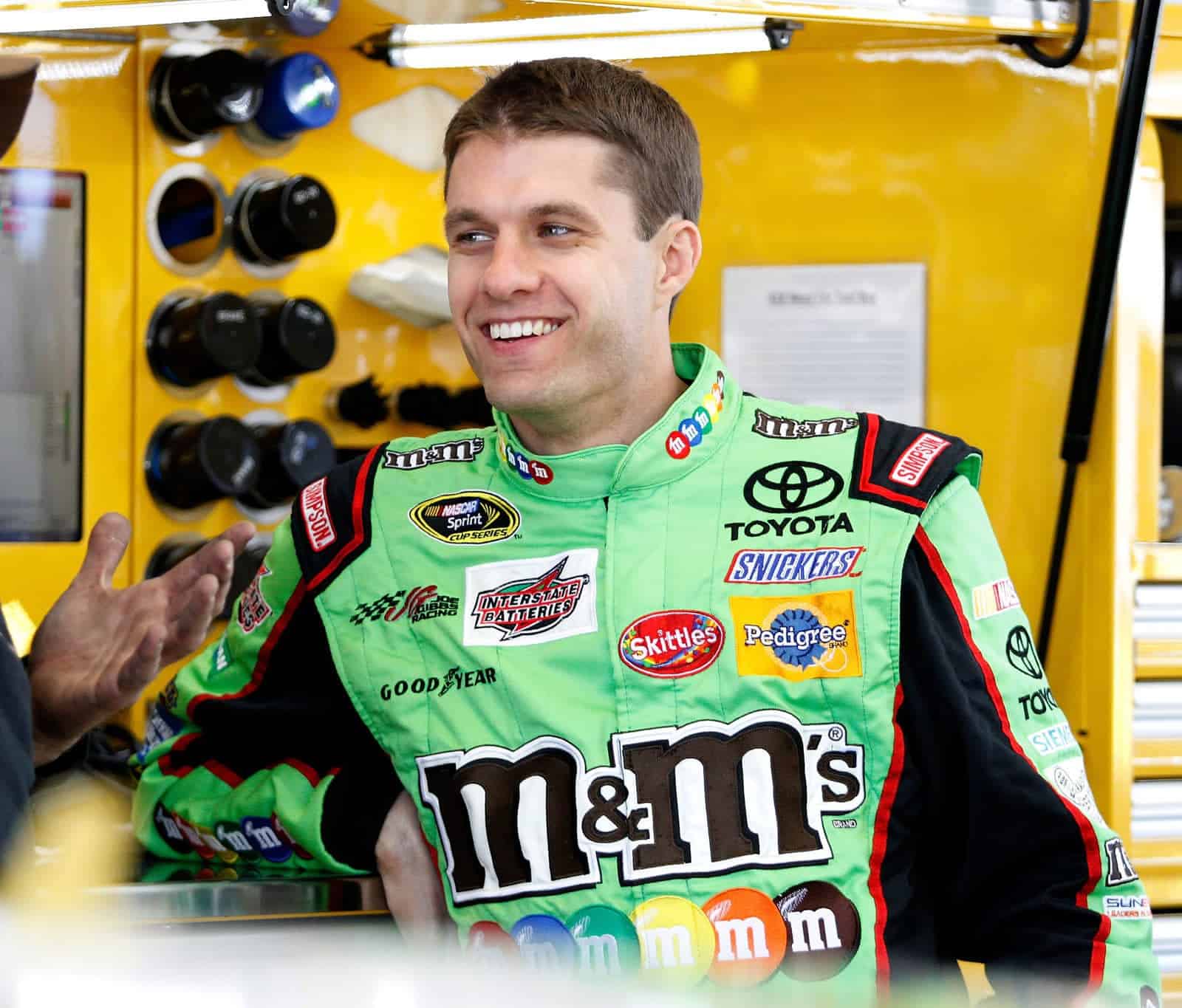 Last week, it was reported that David Ragan will move to Michael Waltrip Racing beginning next weekend at Kansas Speedway to make room for Erik Jones at Joe Gibbs Racing. This morning, MWR made it official, announcing Ragan will pilot the No. 55 Toyota for the remainder of the 2015 season.

“The only way I can repay all the people I have to thank for making this happen is to go out and win races and get MWR, Aaron’s and Toyota in the Chase,” said Ragan in a team release. “It’s going to be awesome knowing when I climb in the No. 55 at Kansas that car will be mine the rest of the season. I look forward to working with (teammate) Clint Bowyer, the crew and shop employees at MWR. It’s tough what’s happened to them this year but I hope I can come in and make 2015 something special.”

Michael Waltrip will pilot the No. 55 Toyota this weekend at the Talladega Superspeedway. Waltrip is also scheduled to pilot the ride once again at the 2.66-mile oval in October.

The team asked Brett Moffitt to get behind the wheel in six different races this season. Moffitt scored an eighth-place finish at the Atlanta Motor Speedway in his first start with the organization back in March.

“I’m really proud of the incredible job Brett Moffitt has done for us in the [No.] 55,” said owner Waltrip in a release. “He has been a big part of this organization for the last couple of years and he will continue in that role. With the limited number of starts Brett has in this industry, he has proven that he has the talent to be a full-time NASCAR Sprint Cup driver and we are still committed to helping him get that opportunity.”

Brian Vickers continues to recover with recurring blood clots in his lungs while traveling to the Auto Club Speedway in March. He also had heart surgery in the offseason that forced Vickers to miss the first two Sprint Cup Series events. There is currently no timetable for his return.

“There is absolutely no question about Brian Vickers’s ability, but there remains a question of his availability. We are going to remain very close with Brian while he works on his plan to return,” Waltrip continued. “We have told him that MWR is here when he has a clear picture about what the future holds, but we don’t need to add any timeline pressures. He is working with a lot of medical advisors and once he has established his plan, we will sit down and discuss next steps.”

Ragan comes into the Talladega Superspeedway sitting 19th in the Sprint Cup Series driver points. Ragan replaced injured Kyle Busch at the Atlanta Motor Speedway while the Las Vegas native recovers from the injuries sustained in a crash at the Daytona International Speedway in late February.

Meanwhile, Front Row Motorsports has not announced its plans to fill the No. 34 Ford in Ragan’s place for the remainder of the year, though Chris Buescher, will pilot the car this weekend at Talladega Superspeedway.

“We are grateful to David Ragan for his contributions to the growth of Front Row Motorsports and his commitment to our partners over the past three years,” FRM owner Bob Jenkins said in a release. “He led us on our first trip to Victory Lane, and that’s a moment we’ll never forget. We wish him the best with his new team.”

2016 Frontstretch article: Where are they now; David Ragan?