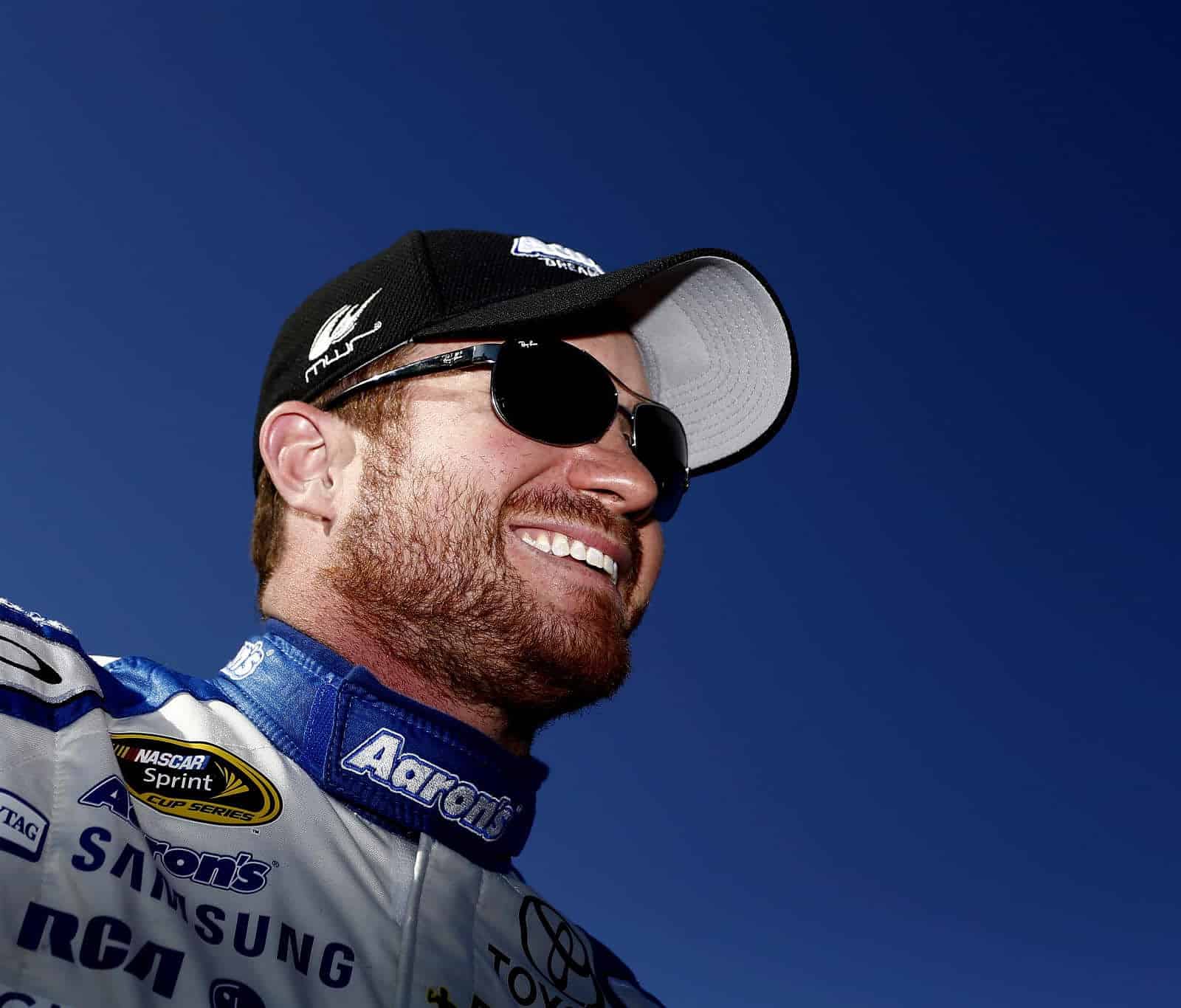 Welcome to the Frontstretch Five! Each week, Amy Henderson takes a look at the racing, the drivers and the storylines that drive NASCAR and produces a list of five people, places, things and ideas that define the current state of our sport. This week, Amy is scratching her head about some of this year’s events.

NASCAR has long needed a system that allows a driver to miss a race or two due to illness or injury and not have his championship hopes dashed because of it. A driver who’s not 100% on the racetrack is a danger to himself and those around him. However, NASCAR has been handing out waivers to anyone and everyone, for any reason. Never mind why a driver missed races or how many he missed; it’s been a case of waivers for all… and that’s just not right.

When Brian Vickers was out for the first two races following heart surgery, that was the situation the waiver, which might be the only really logical part of the new Chase, was meant for. Vickers needed to sit out a couple of weeks for a legit medical concern. If he’d been able to stay healthy and had won, a Chase berth would have been the right thing to do.

But what about Kurt Busch‘s waiver after a three-race suspension by NASCAR? Doesn’t that completely defeat the purpose of both the suspension and the waiver? In Busch’s case, it’s more likely NASCAR realized the mistake it made suspending Busch in the first place, before there were definitive charges against the driver instead of just allegations.

It sets up a slippery slope in the future. Will a driver suspended for a positive drug test be given a waiver if he completes the Road to Recovery program? What about one suspended for conduct? NASCAR started down that road, and now the sanctioning body either has to back up or face some music later on.

And as for Kyle Busch, well, I feel for him as a driver. His season in Cup, for all intents and purposes, was over before it began. But if he comes back in early July, as has been speculated lately, he’ll have missed more than half of the qualifying races. If he can grab a win and squeeze into the top 30 in 10 weeks, that’s a nice accomplishment for Busch. But should he be given a Chase spot after running only 10 or so races over a driver who ran 26 races and would have otherwise gotten in on points? That hardly seems fair. One or two races missed is one thing but half a season is something different entirely. There should be a hard line here, such as three races, not just an indefinite number determined on a case-by-case basis.

Brian France said this week that NASCAR is open to shortening some Cup races. To an extent, it’s possible to see his point, but really, he’s missing the point. Part of racing at the sport’s top level involves the endurance and strategy that 500 and 600-mile races force teams to develop. Shortening races seems more like a capitulation to the ADD Generation than to tangibly improving the sport as a whole.

That said, it would be a positive move not to have two races of the same length at any track in a season. But that doesn’t necessarily mean shortening one race; it could mean lengthening one. Pocono, for example, should feature one 500-mile event (as the track used to host) and one 400-miler as that would force teams to use different strategies for different races. Dover, perhaps, should add 50 miles to one of its events, New Hampshire stretch one race to 350 miles, and so on. Variation would be a good thing for the racing; tracks with lights should be allowed one night race per year, not two, for the same reason. It makes teams change their game and has the potential to change some results. But shortening races to appeal to casual fans who just aren’t that into it? That would be a long-term mistake.

In general, cost cutting is a good thing as, at least in theory, it should help level the playing field and allow the smaller teams to be more competitive. But you have to wonder about how NASCAR goes about it. The single-transmission rule just passed is an example. While it does cut out the use of separate drive trains each week, it penalizes teams that make changes for legitimate reasons, including the ones it was meant to help.

But the real issue is that cutting costs here and there doesn’t really do much to help the small teams and does nothing to bring the big ones back into line. The big teams still have the big sponsors, and money still buys speed. What the small teams need is exposure… and NASCAR has done little to nothing to make sure they get it.

One rule that does help the single-car teams, though not the multi-car organizations among the underfunded, is the testing rule that allows an organization to send just one car and driver to NASCAR’s open tests. For the multi-car teams, that means each driver is limited in the tests he can attend, while a single-car operation can send their driver to multiple sessions, which allows them to draw more information.

With the announcement that David Ragan will take over the No. 55 for the remainder of 2015, the question of Vickers’s future is both clearer and more complicated. After a third bout with blood clots, it has become apparent that at least for now, Vickers’s health issues are going to be ongoing. Having Ragan, a veteran racer, in the car allows the team to move forward. It’s a contract year for sponsor Aaron’s, and it’s understandable that the sponsor would want some stability… and the opportunity to audition Ragan for the future.

Still, it’s a difficult truth for Vickers and his fans. He’s done everything right and was just coming into his own as a driver in recent years. And he’s only 30, far from what should be the twilight of his career. If he should be healthy enough to return to the driver’s seat, he’s got no seat to return to. It was not the happy ending the racing community wanted to see, and it’s looking more and more like that happy ending just isn’t going to come.

Frankly, this might be the biggest mystery of them all. To put it bluntly, my fantasy teams invariably suck. Usually a pick by me is the kiss of death for a driver on any given weekend. I more or less got roped into playing in the Frontstretch league this season, and for reasons I do not understand, my team is second in the standings (fell from first, but hey, not being in the bottom of the barrel is a big deal) and in the top 2,500/99th percentile overall. Out of, like, a bajillion people. As far as I can tell, the odds of this happening should be approximately 374,594,293 to one or something. I keep waiting for the other shoe to drop. I guess sometimes it really is better to be lucky than good…

19 thoughts on “The Frontstretch 5: Things That Make You Go… Huh?”