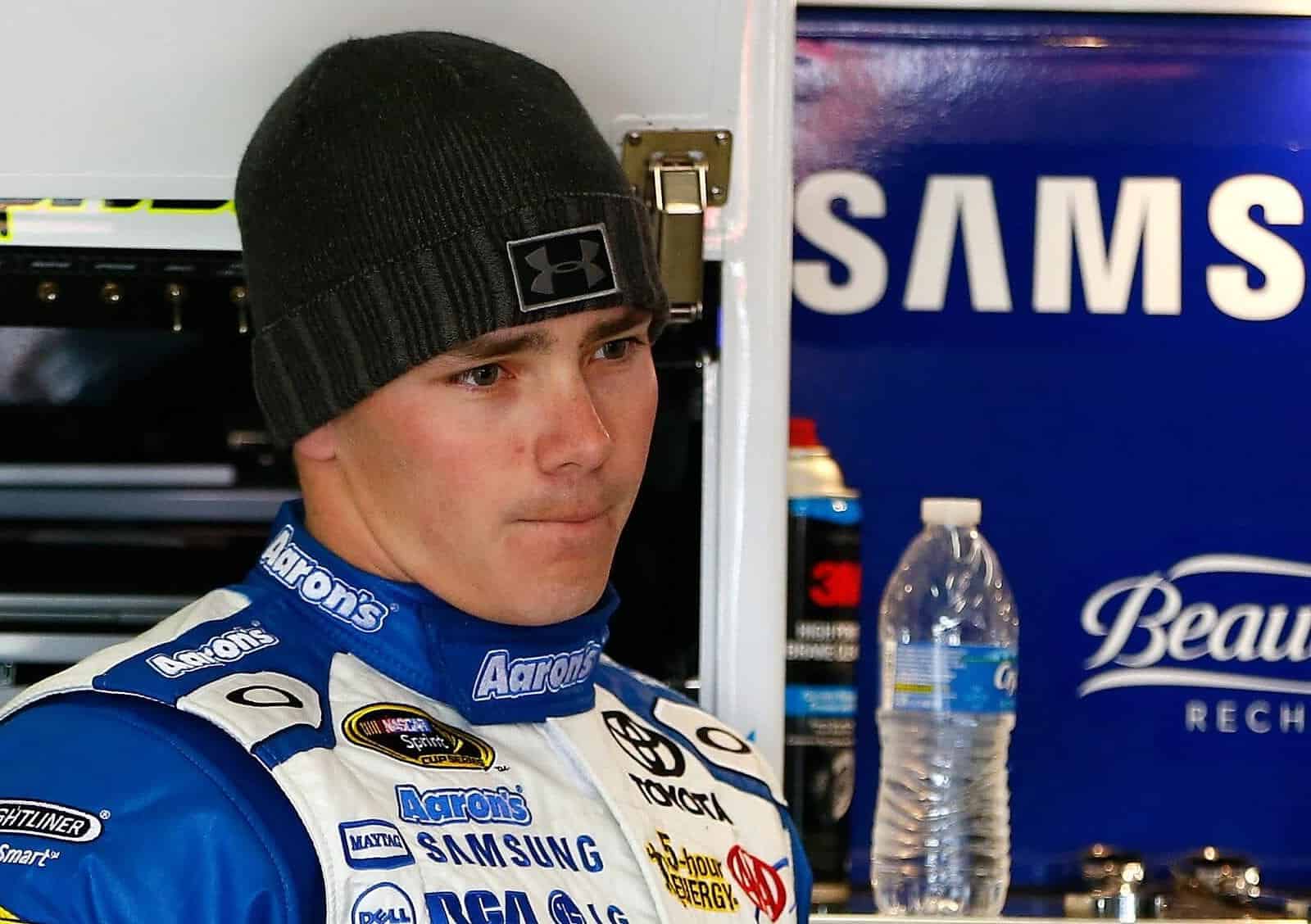 The Des Moines Register reported Wednesday morning that Brett Moffitt confirmed via text message that he will return to its No. 34 Ford in the SpongeBob SquarePants 400 at Kansas Speedway next week.

The move comes after Moffitt’s current Michael Waltrip Racing team signed David Ragan on Tuesday to race the No. 55 Toyota for the rest of the season. MWR’s original driver for that entry, Brian Vickers, has been out of the car since Phoenix due to a recurrence of blood clots.

For Moffitt, the move is just another in a crazy year for the 22 year-old driver. He impressed in his only-scheduled start of the season, at Atlanta while waiting for Vickers to finish recovering from off-season heart surgery. A week later, he was signed by Front Row Motorsports to drive their No. 34 while Ragan, who started the year in the No. 34, was loaned to Joe Gibbs Racing’s No. 18, filling in for Kyle Busch.

Moffitt currently has a 25.2 average finish this season. Besides his eighth-place finish at Atlanta, his only other finish in the top 20 came at Bristol, where he finished 17th.

Front Row Motorsports did not announce a driver for the races following Kansas. Chris Buescher will be in the car at this weekend’s GEICO 500 at Talladega Superspeedway.