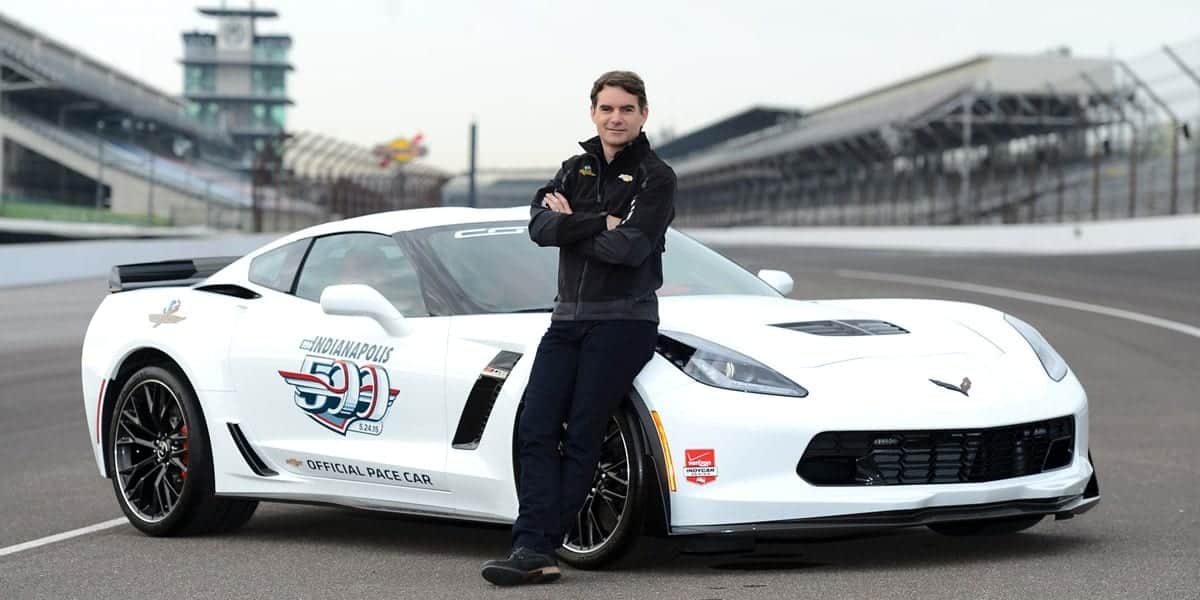 Gordon will sit behind the wheel of a Chevrolet Corvette Z06 and lead the field to the green flag.

“I don’t know how it gets any better than that,” Gordon said after shaking down the car on the track. “I took my son Leo to an IndyCar race at Pocono a couple years ago. He’s pretty excited to come to this race and see those cars on the grid.”

For Gordon, this opportunity is the fulfillment of a childhood dream of being involved with the Indy 500.

“When I go back to being a young kid, all I wanted to do was be a professional racecar driver and have the chance to race at the Indianapolis Motor Speedway,” he said. “There’s only one thing that was missing, and that was the Indy 500. This is as close as I think I’m going to get. What an honor it is to be here. I don’t know how it gets any better than that.”

The announcement came during an open NASCAR test at the track. Gordon is one of 13 drivers participating.

“I didn’t get the opportunity to race in the Indy 500,” Gordon said. When NASCAR came to IMS in 1994, Gordon was ecstatic. “One of my dreams was finally going to come true, where I got to race,” he said. “I’d been here many times, but never raced here.”

Gordon certainly figured the track out, having won five times at the track in Sprint Cup competition.

“There’s no better way to celebrate than kissing these gritty bricks,” he said. “This is my version of the double.”

Following his stint behind the wheel, Gordon will fly from Indianapolis to Charlotte to compete in the Sprint Cup’s Coca-Cola 600 later in the day.

Seems like a distraction for the 600. I wish he would have waited until next year to drive the pace car at the Indy 500.