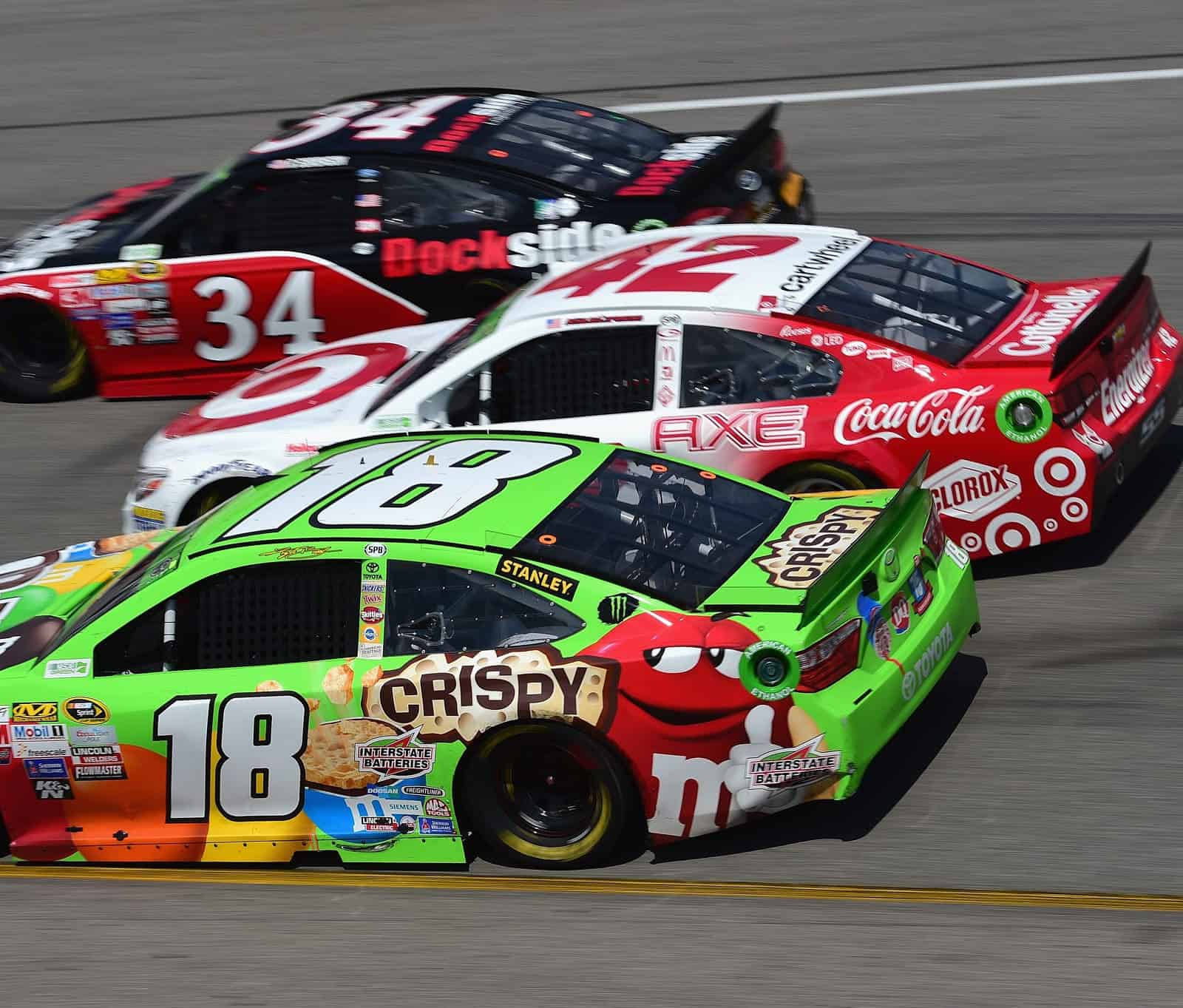 It has been speculated for weeks that Jones would take over after David Ragan‘s stint in the car. Ragan has been subbing for the injured Kyle Busch for the past several races after Busch suffered injuries after a crash in the season-opening NASCAR Xfinity Series race at Daytona International Speedway.

Ragan will be in the car one last time this weekend at Talladega Superspeedway.

Jones drove the No. 11 car at Bristol Motor Speedway after back spasms kept Denny Hamlin from completing the event.

The May 9 race at Kansas will mark his first career NASCAR Sprint Cup Series start and Jones said he is excited for the opportunity.

“I’m pretty excited and grateful for the opportunity to drive the No. 18 M&M’s Toyota Camry in the Sprint Cup Series and make my debut for Joe Gibbs Racing,” Jones said in a press statement. “This is a really good opportunity for me. We are going to try to manage our expectations and if we can go out and get a top-15 run and gain some experience, that would be a great day for us. I’m also excited about representing M&M’s, a great longtime partner at JGR and such a well-known brand. I am looking forward to getting behind the wheel of the M&M’s Toyota at Kansas.”

Jones has made 20 starts in the NASCAR Camping World Truck Series and has recorded four victories. Jones opened eyes this season with his victory in the NASCAR Xfinity Series at Texas Motor Speedway. In 11 starts in the series Jones has eight top-10 finishes and three poles.

Ragan will move to the No. 55 Aaron’s Toyota for Michael Waltrip Racing starting at Kansas.

The No. 18 is currently 20th in the NASCAR Sprint Cup Series owner point standings. Matt Crafton drove the car in the season-opening Daytona 500.

Busch is expected to rejoin the team later in the season, but there is still no timetable for his return.