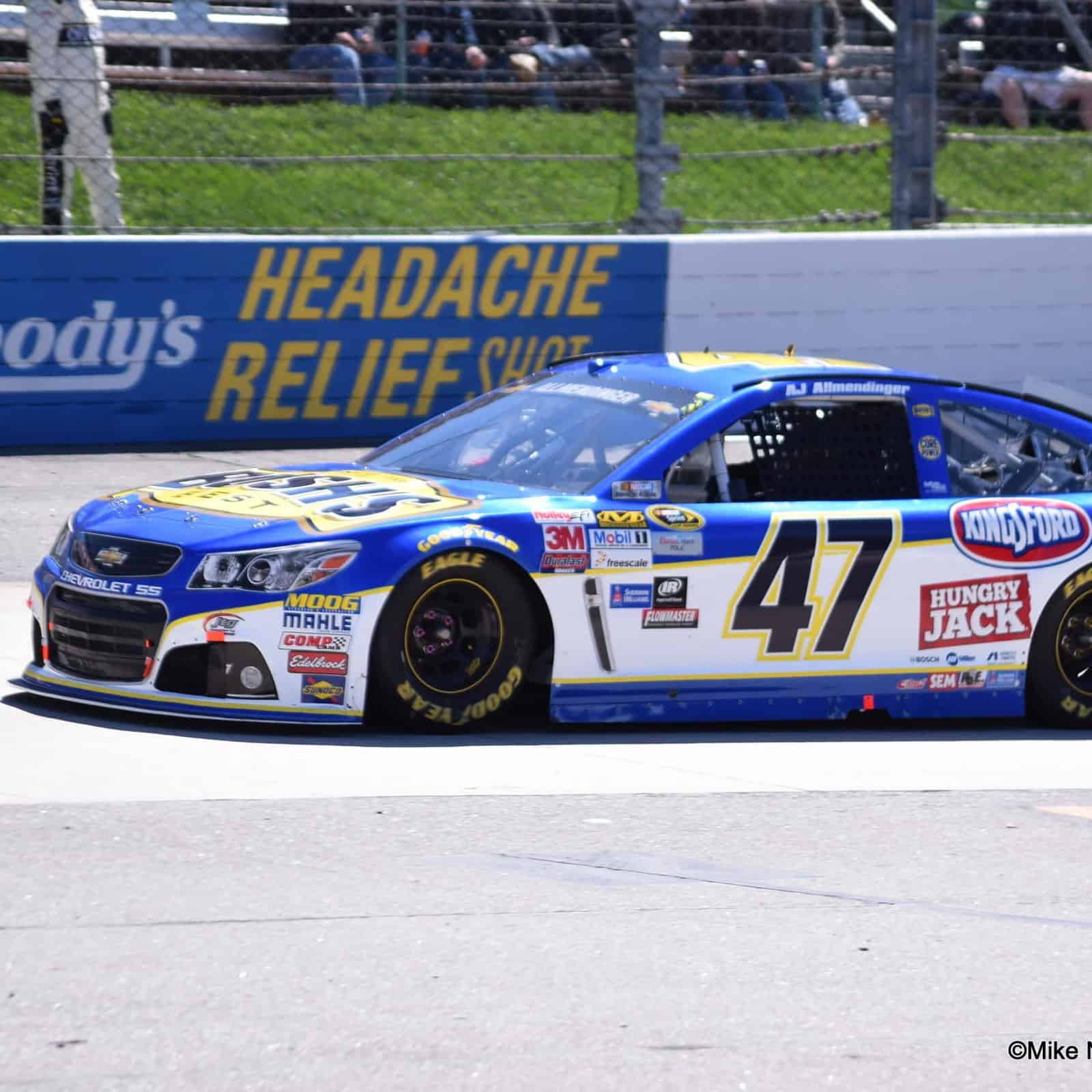 The No. 47 Chevrolet will feature a fresh coat of paint starting this weekend at Talladega Superspeedway.

Kroger, which has sponsored the team during the Daytona 500 for six years, has signed a multi-year deal to be the primary sponsor of AJ Allmendinger‘s car in at least 24 races. Last year, JTG Daugherty Racing qualified for the Chase for the Sprint Cup after Allmendinger earned his first NASCAR Sprint Cup Series victory at Watkins Glen.

“I know that the folks at Kroger are so pumped up about being a part of this race team and they are just as excited as I am,” Allmendinger said in a press release. “Tad and Jodi [Geschickter] and Brad [Daugherty] have a longstanding relationship with Kroger through their Daytona 500 partnership and it is cool to see it grow into something so big.”

Kroger joins Scott Products/Kimberly Clark and Clorox/Kingsford on the No. 47 car for the foreseeable future. Over the offseason, the team announced all of the aforementioned brands will be with the team through 2017.

“Kroger has a fully integrated ‘Race to Savings’ activation plan that will be world class,” JTG Daugherty Racing team owner Tad Geschickter said. “Obviously, expanding our relationship with the largest grocery retailer in America is huge for our team and our sponsors; but, is equally significant for the NASCAR industry. We are humbled that they chose us to fly their colors over the coming race seasons.”

In the past, Kroger has sponsored Richard Childress Racing cars, along with JR Motorsports in the NASCAR Xfinity Series and Kevin Harvick Incorporated in the NASCAR Camping World Truck Series.