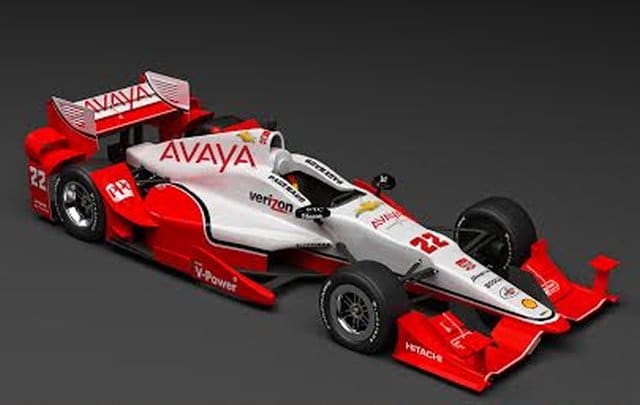 Team Penske will welcome another company as a primary sponsor starting at Kansas Speedway with Brad Keselowski.

Avaya, a provider of customer and team engagement services, will have its red and white colors featured on the No. 2 Ford in a one-race deal. Moreover, after creating a partnership with Hewlett-Packard (HP), Team Penske has also announced that Ayala will sponsor Simon Pagenaud in the Verizon IndyCar Series.

“We are excited to welcome Avaya to Team Penske through their relationship with HP, supporting Simon Pagenaud and Brad Keselowski,” said team owner Roger Penske in a press release. “Avaya is a growing global brand that has a great opportunity to continue that growth through motorsports. We can benefit from Avaya’s technologies and expertise across our Penske businesses and we appreciate their partnership as Simon and the No. 22 team establish themselves as championship contenders in the Verizon IndyCar Series and Brad continues to work toward the Chase with the No. 2 team in the NASCAR Sprint Cup Series.”

Pagenaud will pilot the No. 22 Avaya Dallara/Chevrolet in the Indianapolis 500 in late May, along with at least three other races. In three Indianapolis 500 starts, he has a best finish of eighth in 2013. The brand will be featured in the IndyCar Series at Texas, Toronto and Sonoma, along with the possibility of sponsoring more events.

Prior to joining Team Penske, Pagenaud finished inside the top five in points over the course of the last three years, and recorded a pair of wins in each of the past two seasons for Schmidt Hamilton Motorsports.

“I’ve had a long-standing relationship with HP over the years, so to see that expand and to now be associated with a company like Avaya is pretty special,” Pagenaud said. “I want to succeed on the racetrack with Team Penske and having a sponsor like Avaya on the car will help our team reach new heights. We can’t thank them enough for their support and I hope this is just the beginning of a winning partnership.”

Meanwhile, Keselowski sits fifth in the NASCAR Sprint Cup Series points standings, and is locked into the Chase for the Sprint Cup with a win at Auto Club Speedway. In 10 starts at Kansas, he has a win and four top 10s.