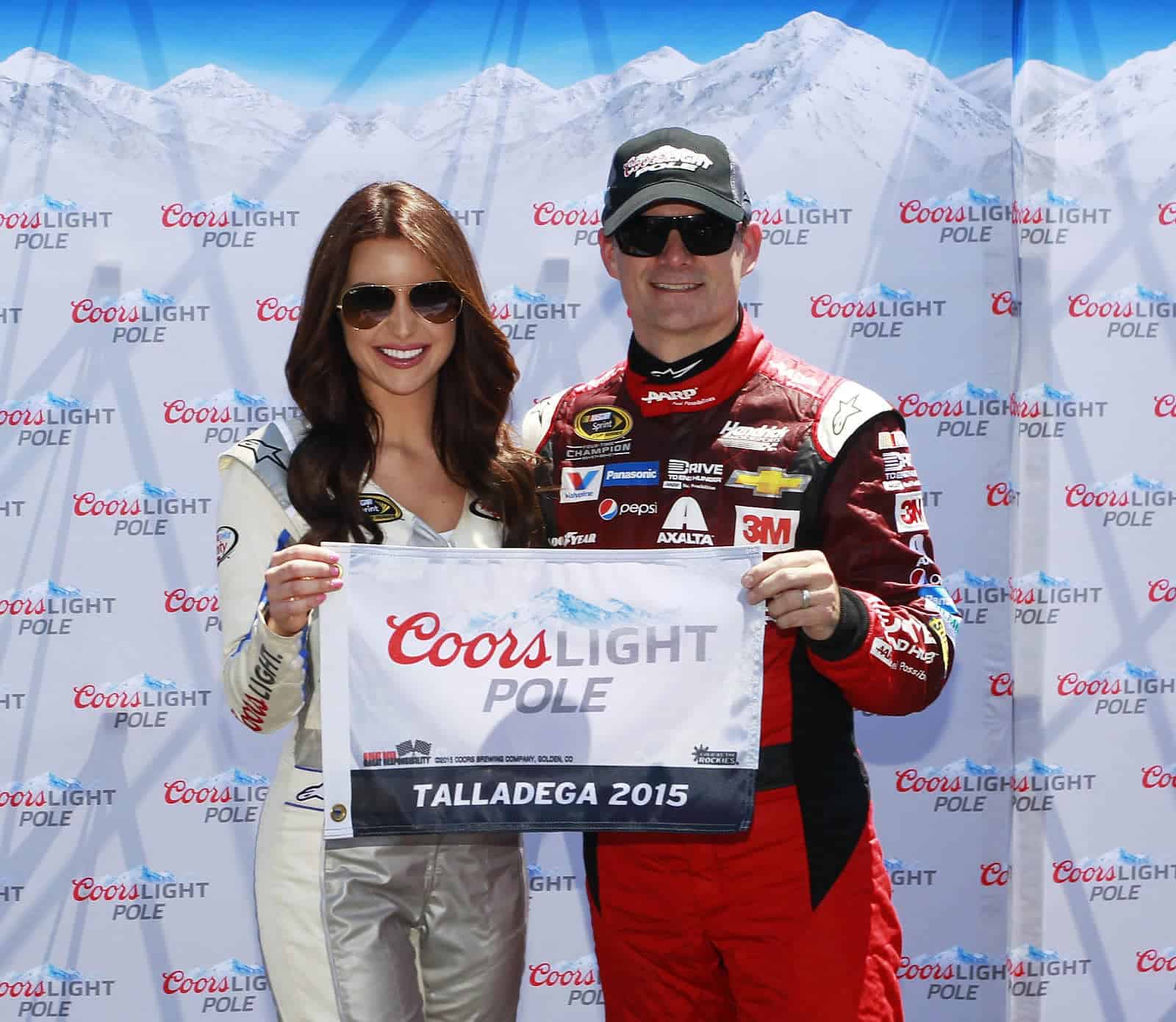 It came down to the last car in qualifying, but on Saturday there was no doubt who was the fastest car in Talladega. Jeff Gordon‘s No. 24 Chevrolet set a blistering time of 194.793 mph to take the pole for Sunday’s GEICO 500 at Talladega Superspeedway. It’s Gordon’s 80th career NASCAR Sprint Cup Series pole and the third of his 2015 NASCAR Sprint Cup Series season. Gordon will start alongside teammate Kasey Kahne.

Kahne had the pole for most of the second round until Gordon knocked him off the top spot. Hendrick Motorsports put all four cars in the top five in qualifying, including Dale Earnhardt Jr. in fourth and Jimmie Johnson in fifth. The only car in the top five that’s not an HMS entry is second-generation driver Ryan Blaney in the No. 21 Ford for Wood Brothers Racing. Blaney will start third.

Starting in the sixth spot is Tony Stewart, with Paul Menard starting seventh. Joe Gibbs Racing drivers Matt Kenseth and David Ragan will start eighth and ninth with Clint Bowyer starting in the 10th spot. Starting in the 11th position is Casey Mears with Sam Hornish Jr. rounding out the top 12.

Those 12 drivers advanced to the final round of qualifying in the new qualifying format at Talladega Superspeedway. Positions 13-43 were determined in the first round of the two round qualifying session.

Other notable drivers in the field include Joey Logano in 21st, Carl Edwards in 22nd, Michael Waltrip in 23rd and reigning series champion Kevin Harvick in 24th. Danica Patrick will start from the 25th spot and Jamie McMurray from 27th. Martin Truex Jr. will start from the 36th spot.

There were 45 cars entered for the GEICO 500 for 43 spots, meaning two drivers failed to qualify for the field. Those drivers are Jeb Burton for BK Racing and Michael McDowell for Leavine Family Racing.