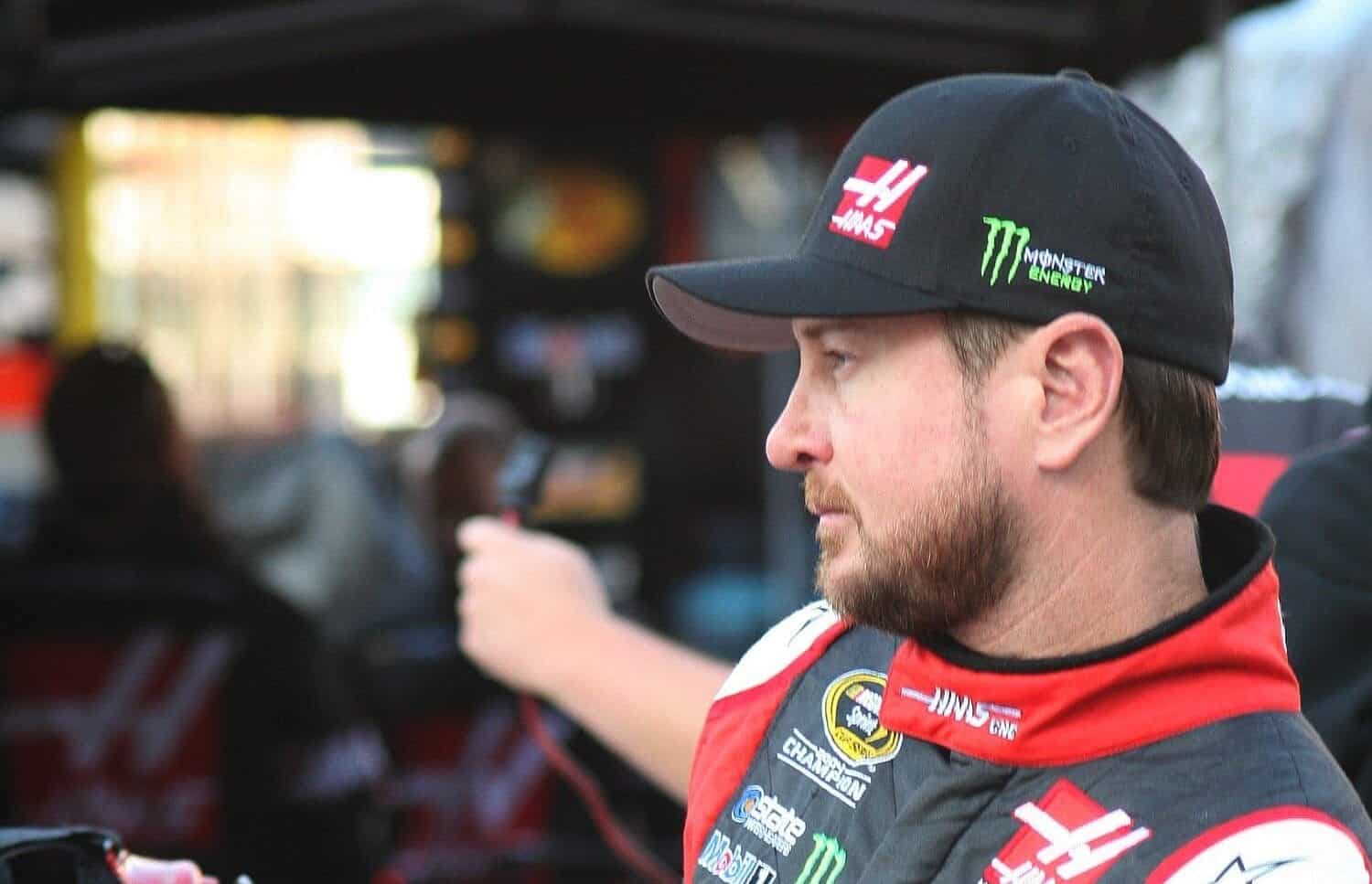 Kurt Busch won in dominating fashion last week, and that was a great pick for our NASCAR Fantasy Live team. It was so good in fact that if you have been following along with my picks week to week, you will find yourself in the top 1,000 of all the players in the country. The Frontstretch fantasy team has been moving up the leaderboard week to week, so let’s see if we can keep that going. This week it’s going to be a bit of a crapshoot with the picks, especially since we have money in the bank on several drivers and are a bit locked in to them.

This week the drivers roll into Talladega for the GEICO 500. I tend to call these races the Lottery 500 or Pick a Random Person 500. Trying to pick a winner at Talladega is like trying to hit a bull’s-eye playing darts blindfolded while standing on a rocking chair in a hurricane. Normally for this race we would try to pick some better drivers that are starting in the back of the field to mitigate the risk of them crashing out of the race. However, this week we are going to have to stick with some of the drivers that we have held onto in the earlier weeks to keep some of the money in the bank that we have earned. With the rest of the picks we will want to pick drivers starting as far back as possible, Talladega is all about maximizing the place differential points.

As always the prices listed are the prices you would have if you have been following my team week to week.

No. 4 Kevin Harvick $28.00
Harvick starts 24th this week, and that works out pretty well for our fantasy pick. Harvick generally runs well at restrictor-plate tracks and I expect him to run well this week. Harvick has been fast everywhere he has ran this year and finished second in the Daytona 500 even though he never led a lap. If you pulled Harvick’s number for this Lottery 500, I think you would feel pretty good about it.

No. 41 Kurt Busch $22.50
Busch absolutely dominated last week. Don’t expect that kind of performance this week, as it is nearly impossible to dominate at Talladega. Busch starts 19th, which is a bit higher in the lineup than we would like to see him start, but we need to stick with him to keep that $2.00 in the bank that we have earned. Let’s hope he keeps the momentum going.

No. 78 Martin Truex Jr. $20.50
Truex starts 36th and that makes him a perfect pick this week. He has been running well this year and I expect him to finish in the top 10. As with any race at Talladega if he can keep his nose clean and stay out of the wrecks he should walk away with a good finish and that would be a great result for our fantasy team.

No. 47 AJ Allmendinger $17.75
I debated on putting David Gilliland in this position, as Gilliland starts 39th and Allmendinger starts 31st. I decided to go with the 47 car, as it had significantly more speed. I feel that with the better equipment he should be able to make up the eight-position difference. Allmendinger said his sponsors want him to run up front and so will his fantasy owners.

No. 18 David Ragan $9.00
I debated dropping Ragan all together this week as he has been a dud at times. The No. 18 car will start ninth this week, and that makes me very nervous. Ragan won this race in 2013, but I would not expect the same result this week. That being said, nearly every car in the field could win this week. The reason I decided to keep Ragan is the announcement that he will be running for MWR starting at Kansas. I feel he will not qualify as well in MWR equipment and that should make him a much better fantasy pick going forward.

Race winner: Jeff Gordon
The No. 24 car had speed that was head and shoulders above the competition.

Manufacturer: Chevrolet
All the Hendrick cars looked fast this week.

As always, I just wanted to let you know I know that everyone has different prices on their drivers and different ideas how to structure a team. If you have any questions about your lineup feel free to leave a comment in the comments section and I will be checking and responding to everyone. Thanks for reading!