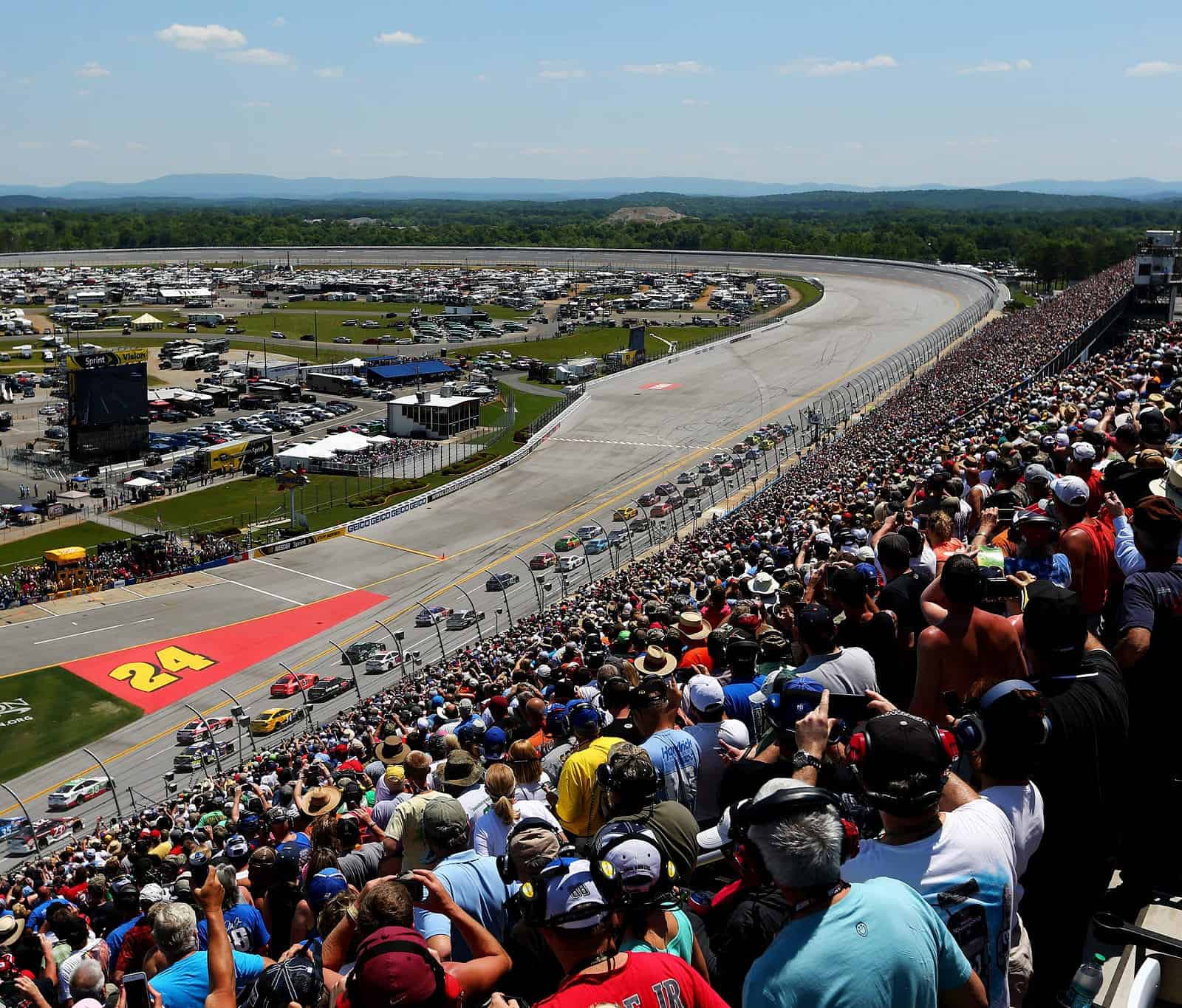 Did You Notice? That Richard Petty Motorsports had both drivers – Sam Hornish Jr. and Aric Almirola – finish in the top 15 in Sunday’s GEICO 500 at Talladega?

For Almirola, the consistent top-20 finish is nothing new. Through 10 races in 2015, the No. 43 Ford has only one finish worse than 20th (26th at Las Vegas). Only two drivers have as many top-20 finishes this year, and they happen to be the top two in the championship standings – Kevin Harvick and Martin Truex Jr. However, unlike Truex and Harvick, Almirola has yet to post a finish in the top 10 and is the only driver in the top 25 in points without one.

Nonetheless, this ability to show unvarying speed and tidy racecars each week has put Almirola solidly in the Chase Grid, sitting 12th in points, 26 markers above the cut-off.

New RPM teammate Hornish on the other hand, with the exception of Talladega this past week, has struggled in his return season to NASCAR’s premier series, and has very little potential of getting a Chase spot after 10 starts.

The 35-year-old has only seen a lead-lap finish on three occasions and sits 28th in points, a massive 71 points behind 16th-place Danica Patrick.

Outside of the restrictor-plate races, Hornish has only one top-20 finish – that coming on the half-mile track of Bristol, where he still finished three laps off the pace.

Scoring the team’s first top 10 of the season at Talladega, the former Indianapolis 500 champion finally has something to be smiling about, but only time will tell if Hornish can build from Sunday’s strong result – maybe not until the series enters the Sonoma Raceway for its first road-course event in June.

Did You Notice? Paul Menard almost grabbed his second career Sprint Cup Series win on the last lap of Talladega? Running seventh for the majority of the final 20 laps that saw a single-file train as the lead pack, Menard made a swift move to the inside of third-place Truex Jr. as the field entered turn 3 on the final lap.

The wreck started behind him as Menard was then blocked by Jimmie Johnson, derailing his run and forcing him to hold steady through the tri-oval for a third-place result.

For the 34-year-old, it was his seventh top 20 and second top five after a fourth-place finish at the Auto Club Speedway. Sitting 11th in points, Menard is 27 points above the cut-off for the Chase and is looking like a threat to get his first playoff berth.

At this point of the season in 2014, Menard was 17th in points and averaged a 17.8 finish. This year, Menard is six spots higher in points and has an average finish of 16.1. It is also the first time he has been able to score multiple top-five finishes in the first 10 races of a season since 2011.

Numbers never lie when it comes to the performance of a driver or a race team. For Menard and the entire Richard Childress Racing team – with teammate Ryan Newman scoring four top fives and six top 10s this season – they are showing the potential to be contenders for the Chase. There is but one question when it comes to Menard’s past: can he keep the consistency rolling through the summer?

Did You Notice? Joey Gase grabbed a heart-warming fifth-place finish for himself and the respected Jimmy Means Racing team during Saturday’s Xfinity Series Winn-Dixie 300?

In a combined 734 NASCAR starts as a team owner – both Xfinity and Sprint Cup – Means had never had a car finish in the top five… until Saturday.

The infamous No. 52 has always been linked with Means in NASCAR history, and Talladega Superspeedway made sure to pay tribute to the Alabama native on the great run by posting the No. 52 alone on the pylon in the fifth slot after the race.

In Means’s 17-year run as an owner-driver in the Sprint Cup Series, he had 11 top 10s, with a best finish of seventh in 1983. In the Xfinity Series, he never even grabbed a top-10 finish until Gase shuffled back and forth with JJ Yeley to grab fifth at the line behind race-winner Joey Logano.

It was quite the afternoon for the hard-working duo of Gase and Means.

not finished, because you cant fire a part owner. But his days of winning races are behind him.

All the bottom feeders with good finishes just proves how RP races ratchet up the crapshoot factor. The next time says that RP races aren’t crapshoots just remember this as proof. And if that isn’t enough you will see the same trend if you look at the top 15 at every RP race.