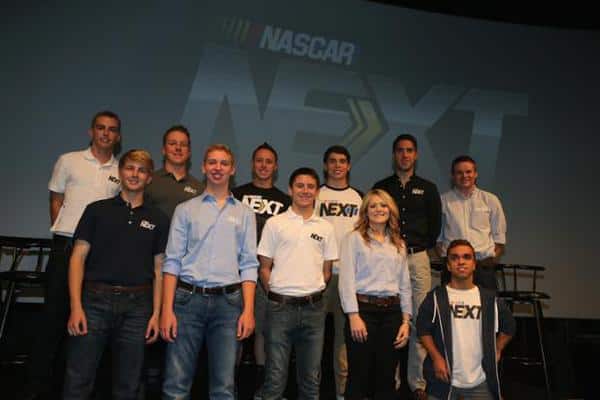 Today, at the NASCAR Hall of Fame in Charlotte, NASCAR announced the next 12 members of the NASCAR Next program. NASCAR uses this program to honor and highlights the next potential Sprint Cup Series stars and champions of the sport.

“The NASCAR Next initiative spotlights the future of NASCAR, a collection of promising young talent who have shown the potential to one day reach the highest level of our sport, Jill Gregory, NASCAR senior vice president for industry services said in a release. “Alumni – and current members – of the NASCAR Next program are achieving success at the national series level, and we are confident that this class will build upon that foundation of excellence for many seasons to come.”

Since the program started five years ago, former NASCAR Next members are already making huge swings in the top three national series. These drivers include 2014 Sprint Cup Rookie of the Year Kyle Larson, 2014 Xfinity Series champion Chase Elliott and Cole Custer, who won the Truck Series race at New Hampshire Motor Speedway from the pole in his seventh career start. A total of 21 out of 29 drivers previously selected has had an opportunity to race in the top-three national series.