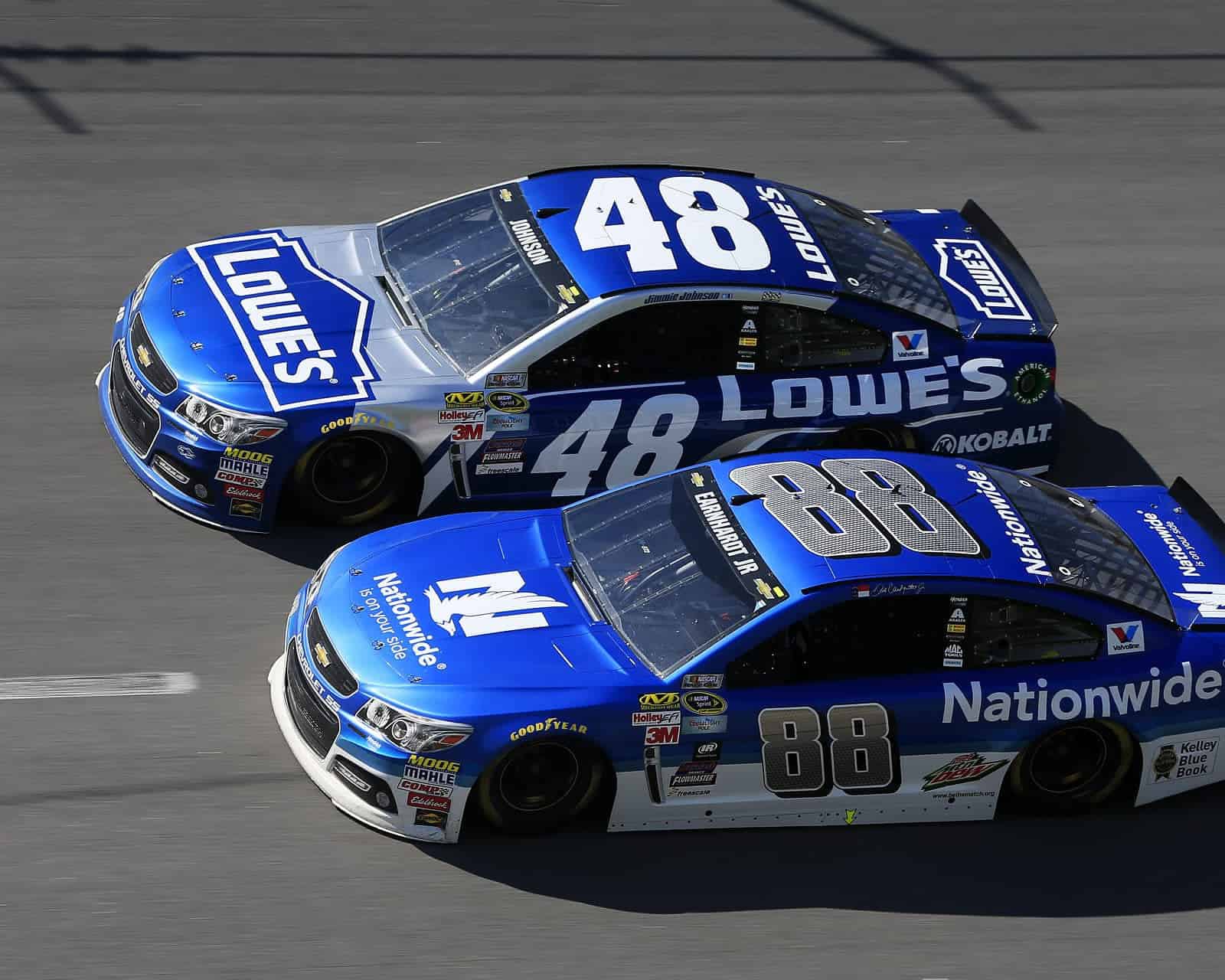 Welcome to Tweet ‘N’ Greet! Each week, Frontstrech will scour Twitter looking for some of the best tweets from your favorite drivers, crews and other NASCAR personalities from around the industry. These were some of our favorite posts from the previous week and we hope you enjoy them as well!

I'm surrounded by $1 million. Any guess who it belongs to? @NASCARONFOX pic.twitter.com/TiUGYf9cKM

When you’re a member of the NASCAR media, you get unique press conferences that come up every once in a while. On Tuesday, Charlotte Motor Speedway held a special press conference regarding the 2015 Sprint All-Star Race later on this month. At the press conference, there were pallets of $1 bills equaling out to $1 million. Let’s just say we all would love to have all this money.

I am. Currently sitting in the rain at a tire test @iowaspeedway but doing a great job getting track dry. https://t.co/ohf6kPD538

There is one thing we all hate during race events – rain. When rain delays an event or testing, drivers will look for other solutions to pass the time by until it stops and the track dries. In this tweet posted by Ryan Blaney, it shows that you never know when your favorite driver could respond back to you.

You feel smarter? The use of big words by @nateryan makes me feel less smart.#NeedBiggerVocabulary https://t.co/5BgPDmNcBx

One thing all writers and journalist crave are using big words within their stories. Bob Pockrass and Krista Voda shared some thoughts on the matter, saying they feel smarter after reading some of the pieces by Nate Ryan. Let’s just say, we hope they didn’t break their phones while having to Google all of them!

When you are a NASCAR driver, you get a lot of perks from the racing team you drive for. When Dale Earnhardt Jr. returned to the shop on Monday, he found a special parking spot to park his vehicle in. It is no secret – we all would love to have a special parking space wherever we go.

Well, could have been a whole lot worse. Avoided some messes. Great job @RickCarelli up in the spotters stand. It's no easy job up there.

When you listen to drivers on the radio at the track or in the comfort of your home, you know the spotter plays a big role throughout the weekend and in the race. Kurt Busch posted this on Twitter, acknowledging his spotter for the hard work throughout the race on Sunday at the Talladega Superspeedway.

.@SamanthaBusch got me a dirty thirty cake shaped like a diaper, guess what kind of cake it was. ? pic.twitter.com/dXifxYnONF

Kyle Busch had his 30th birthday over the weekend. We all know when we have a milestone birthday, things could possibly get very interesting. Busch got a very interesting cake from his wife Samantha.

Rider meeting over for the @KentuckyDerby no yellow line rule jus don't hit the fence or knock a competitor off pic.twitter.com/hmBvI9X1k1

Many drivers sent various tweets throughout the weekend of them watching the Kentucky Derby. Ricky Stenhouse Jr. sent out this hilarious tweet, saying the differences between a driver meeting and a rider meeting.

When the weather turns beautiful outside, we always find the extra time to relax some. Danica Patrick posted this on her Instagram during the Talladega weekend, showing everyone how she, Dallas and Ricky are spending the nice afternoon in the sun.

People that drive on I-20 between Atlanta and Birmingham have it going on. They actually know how to properly use the left lane. ??

Bristol is even cool at 40,000 pic.twitter.com/KGQvsQSAvo

When you fly, sometimes you like to look down at the different landscapes while some 40,000 ft. up. Clint Bowyer spotted something interesting on his flight – Bristol Motor Speedway.

Make sure to check back next week for another edition of Tweet ‘N’ Greet! If you’re over on Twitter, be sure to give us a follow @Frontstretch!