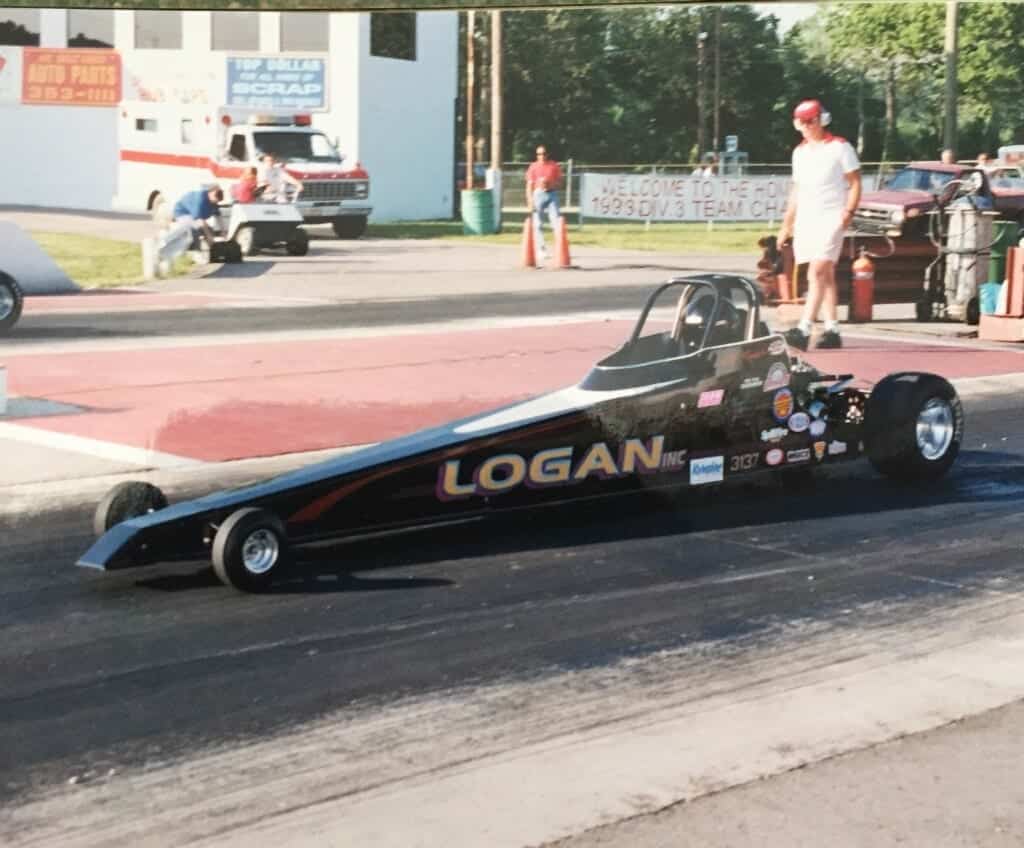 Stock car racers have quarter midgets, open-wheelers have go-karts and aspiring young drag racers have Junior Dragsters. The cars are scaled down versions of a Top Fuel dragster, and competitors as young as 5 race them in the NHRA’s Jr. Drag Racing League, a league that has 3,000 participants according to the NHRA. It’s family fun, for sure, something we’ll look at next week in the second part of this special feature, but it’s also an excellent place to start a career, something not lost on a number of today’s veteran drivers who wished they’d had the opportunity.

“I believe it’s an advantage. I wholeheartedly believe if you go through the Jr. Dragster ranks, you will be a better professional racer when you get there,” said Del Worsham, 2011 Top Fuel champion and current driver of the DHL Funny Car for Kalitta Motorsports. “When I was racing Top Fuel, the majority of the people I was racing in Top Fuel were Jr. Dragster racers. Between JR Todd, Spencer Massey and Shawn Langdon, I could just go on. Every time I’d pull to the line there’d be another Jr. Dragster racer over there.”

Fellow veterans Robert Hight and Antron Brown echo Worsham’s sentiments about the invaluable experience gained in the Jr. league. “They have that racing strategy and they grew up around it where it becomes second nature to them to where they don’t even have to think about doing what they do,” Brown said.

Hight also praised the NHRA for lowering the starting age for the Jr. Drag Racing League last year from 8 to 5, a difference crucial to winning over young drivers.

“I think it’s going to help drag racing in the long run because in a lot of parts of the country, kids go to quarter midget, circle track racing,” Hight explained. “Once you get a kid to circle track, they’ve got their career started, they don’t want to change, but if you start them out in drag racing, that’s where they’re going to stay. I believe NHRA did a great job in lowering the age limit and trying to capture some of those kids from going to the quarter midget.”

Worsham, Brown and Hight all have children racing in the league right now, possibly a glimpse of the next generation of the sport, but for aspiring drivers who don’t have a connection to the sport, it also provides a platform to make those connections, as J.R. Todd, driver of the Red Line Oil Top Fuel dragster and Worsham’s teammate at Kalitta Motorsports, can attest.

Todd was 10 years old when the NHRA started the league in 1993 and did not have a background in drag racing. He’d watched it on TV some and that was it. His father raced motorcycles, but his parents were not thrilled with the idea of Todd doing the same given some of the injuries his father had suffered. Still, he wanted to race something, and his parents thought the dragster would be a safer option.

“We got a Jr. Dragster and I’ve been hooked doing it ever since,” Todd recalled. “Starting out as a kid back then, your dream is to be out here racing professionally one day but do you think it’s going to happen? No, not really. The older I got, we got to know more people along the way and I kind of worked my way up the different classes.”

He worked his way all the way up to contending for the Top Fuel championship last year, eventually finishing second. Fellow Jr. alum Langdon has already won a Top Fuel championship, along with the national Jr. title and championships in sportsman competition. Langdon and Todd competed against each other in their Jr. days. Todd also competed with Erica Enders-Stevens, another famous graduate of the program who has gone on to win the Pro Stock championship. She’s probably the most famous female graduate but by far not the only one. Leah Pritchett also got her start in the Jr. league, and according to the NHRA, roughly 40% of the current competitors are female, including four of the six children currently participating between Worsham, Hight and Brown’s families.

Worsham has twin daughters and he’s seen how they compete. “Girls are very competitive. Girls have ice water in their veins. They are tough mentally. A girl, especially at that age, and maturing quicker than boys, which they do, they’re very tough, they’re very good racers and they’re very hard to beat.”

Girl or boy, a Jr. Dragster is fun but it’s also a legitimate way to start a career in NHRA drag racing.

“It’s definitely paving the way for the younger to get into racing and be known for how well they do through those ranks,” Brown said.

2011 – Earned Auto Club Road to the Future Award as NHRA’s Rookie of the Year; won three times on the way to a second-place points finish.

Some Things Most People Don’t Know About Hector: Hector’s younger brother Adam was part of the family team as well but left NHRA drag racing after last season to join the Coast Guard. Hector and Adam both started racing in the first place because they wanted to spend time with their father Hector Arana Sr., who also competes in the Pro Stock Motorcycle category. Last season at Chicago, the father-son duo faced off in the finals for the first time ever, with the win going to Hector Jr. The career best speed listed above is not just Hector Arana, Jr.’s best speed, it’s the best speed for anyone on a Pro Stock Motorcycle. It is the current national record.

Drivers see all sorts of crazy things at the race track and fans can be one of the best sources for the off-the-wall stories. This week, Courtney Force talks about one of her crazy moments. To add a little behind-the-scenes fun, we almost captured one of those crazy moments in this video! If you notice Courtney getting distracted and looking to the right a lot, it seems a fan had wandered behind the ropes and was making his dash to meet his heroine as we were filming!

Todd on his parents starting him in a Junior Dragster for safety reasons: “People laugh when I tell them that but I still I feel like I’m safer in the Top Fuel car than I am in the car I’m driving on the highway, and especially on a motorcycle. We’ve got all the best safety equipment possible that we can wear. We’ve got nine seatbelts holding us in the car. We’ve got a roll-cage protecting us-my dad didn’t have that on a motorcycle. Knock on wood I haven’t had anything really bad happen but I still feel extremely safe in that thing.”

Deep staging is something you might hear drivers talk about in post-race interviews. What does this mean? When drivers stage their cars, you can see the prestage light come on first, and then they roll a little farther to activate the second staging light. Some drivers will roll a little farther still, turning off the prestaging light but not actually crossing the starting line. This is called deep staging. It puts the driver that much closer to the finish line, and so by some, just that little bit of distance, feels like an advantage. Drivers tend to debate about this though with others feeling like that little bit of distance instead gives them more momentum before they even cross the starting line and therefore a faster run. Essentially it’s a debate between a head start and a running start in the most miniscule of terms.

Let’s keep it in the family this week! The oldest ever Pro Stock Motorcycle champion was Arana Sr., who was 51 years and two months old when he won the title in 2009. Probably a safe bet he’d like a chance to beat his own record.

Alas, we have one more off weekends before the NHRA Mello Yello Series is back in action. The next event is the Summit Racing Equipment NHRA Southern Nationals in Atlanta May 15-17. What to do in the meantime with the two off weekends? Well, just a suggestion, but you could always check out the action at your local drag strip.