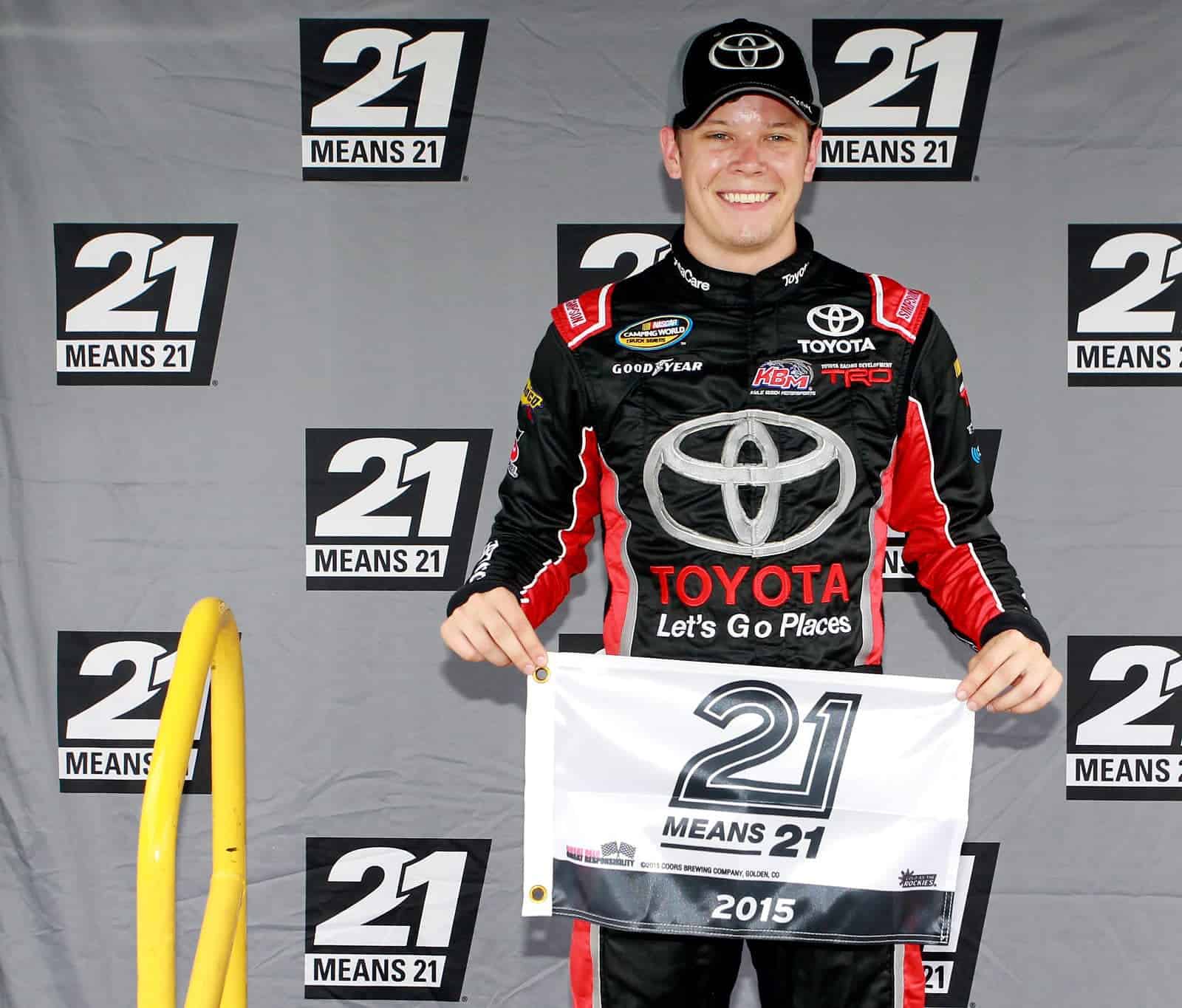 In his first weekend of doing double-duty between the NASCAR Sprint Cup Series and Camping World Truck Series, Erik Jones is off to quite the impressive start. The 18-year-old has won the pole for the Toyota Tundra 250 at Kansas Speedway with a track record time of 30.101 seconds.

Leading the field for the third time in his 21st career Truck Series start, Jones is searching for his first victory of the year in his No. 4 truck for Kyle Busch Motorsports. He is also piloting the No. 18 car in the Cup Series for Joe Gibbs Racing this weekend.

Starting beside Jones on the front row will be back-to-back champion and current points leader Matt Crafton. The No. 88 truck was three-tenths of a second slower than Jones during the final round of qualifying, which gives Crafton his first top-10 start of the 2015 season.

Brandon Jones qualified in the third position for GMS Racing. Prior to Kansas, his best starting position was sixth at Martinsville earlier this year. He finished 15th in his first of 16 scheduled races in 2015.

Ryan Newman, who is running the No. 8 truck in place of Joe Nemechek this weekend, qualified fourth as he is set to make his sixth start in NASCAR’s third-tier division.

With just over six minutes left in the second round, both Brad Keselowski Racing trucks wrecked on the backstretch. Daytona winner Tyler Reddick and Austin Theriault each had to take out a backup truck and will start at the rear of the field on Friday evening.