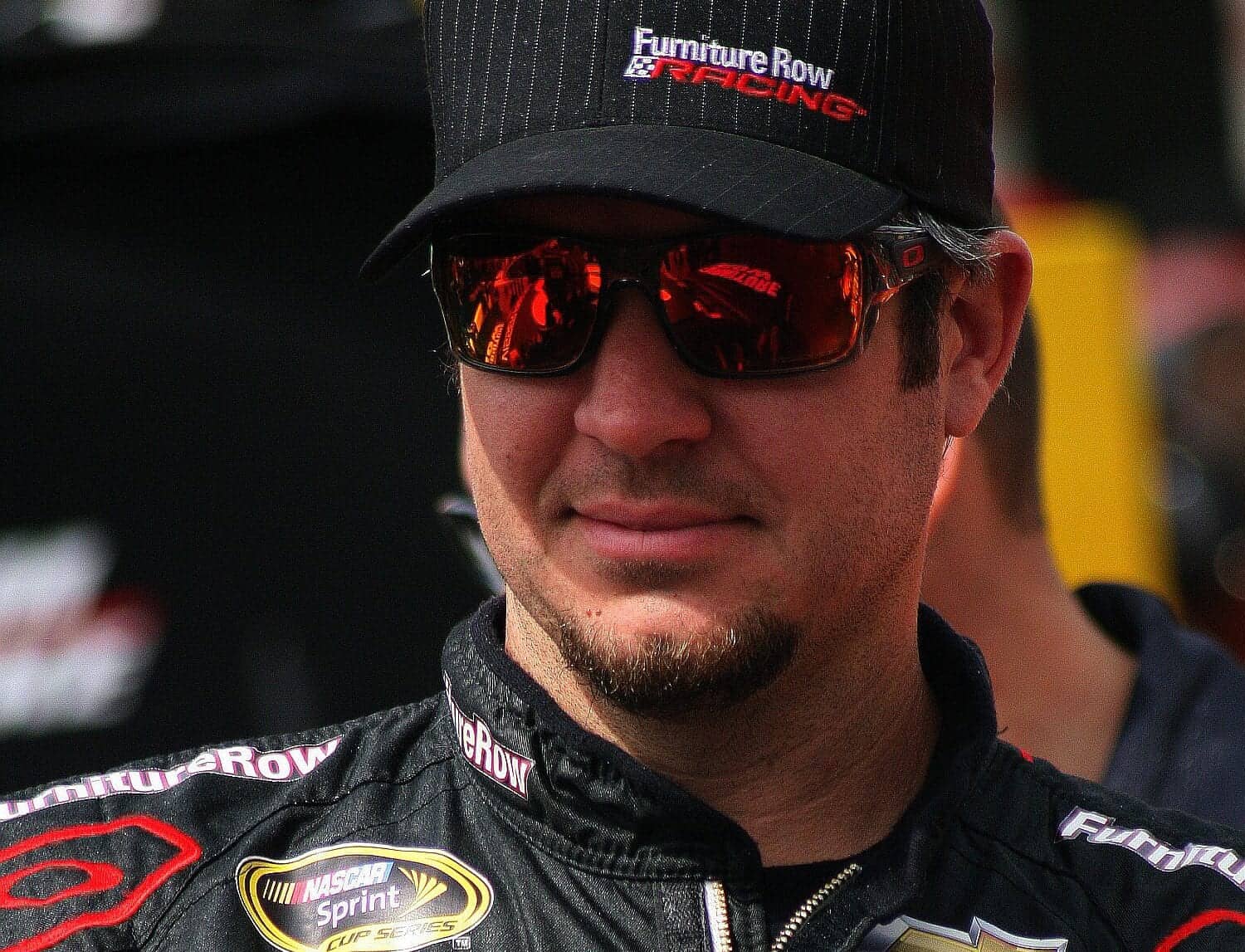 Kansas Speedway has quickly turned into a staple of the Sprint Cup Series schedule since joining the tour in 2001. The Kansas City, Kan., track began holding two races per year in 2010, and hosted their first night race last season.

A year later, the stars of NASCAR return once again for a hot night in Kansas. There’s sure to be carnage, passing, and maybe even a Chase berth when the race ends on Saturday, Sunday, or maybe even Monday, which brings us to our first topic.

Could the race be pushed back to Monday?

No form of sport suffers when it rains like stock car racing. Just two weeks ago, a Richmond night race was pushed over to Sunday afternoon when the heavens opened up and poured over Virginia.

Sadly, the same fate may befall the Cup Series again at Kansas. Early looks at the weather forecasts for the weekend show an 80% chance of rain on Saturday, and with a 90% chance of rain on Sunday as well, NASCAR may struggle to put on the show that drivers and fans deserve.

What’s going to happen this time?

2014 was the first season that saw a night race at Kansas Speedway, and with that inaugural race came some issues. Thunderstorms pushed the race back by 35 minutes, and when drivers finally did get to race, they were brought to a stop because of the backstretch lighting going dark.

Indeed, Kansas Speedway’s first night race was a wild one. Jamie McMurray needed assistance on pit road getting out of a burning vehicle, AJ Allmendinger started a six-car wreck that looked like something from a video game, and Danica Patrick passed Dale Earnhardt Jr. and Tony Stewart to move into third and looked like a contender to win.

Quite frankly, last year’s race was unpredictable. All stats went out the window as teams fought for a Chase spot that ultimately went to Jeff Gordon.

Will this year’s race be as crazy? That’s doubtful. But don’t be surprised if the show is just as exciting.

What happened to Roush Fenway Racing?

11 years ago, Roush Fenway Racing driver Kurt Busch overcame turmoil and controversy to win the first Chase for the Sprint Cup and 2004 championship, the last one that Roush has won.

The driver and team have gone in vastly different directions since that time, with RFR losing its two biggest stars to Joe Gibbs Racing and Busch’s volatile career landing him at Stewart-Haas Racing.

Comparing the two this year shows some eye-opening stats. RFR has one top five, two top 10s and no driver higher than 22nd in points. Busch on the other hand has a win, three top fives and top 10s, and sits 15th in points despite running three fewer races.

Busch’s success has been incredible, but RFR’s lack of success is eye-opening. The organization is clearly struggling while Team Penske uses its motors to score wins and Chase berths.

RFR has fallen on hard times, and the recovery could take multiple seasons. If it’s going to have any hope of returning to its old form, it’s going to have to start with the 1.5-mile cookie-cutter tracks it once dominated. This weekend at Kansas could be a good place to start.

Can Martin Truex Jr. finally get to Victory Lane?

Martin Truex Jr. has gone from a dark horse to a legitimate championship favorite through the first quarter of 2015, scoring two top fives and nine top 10s in only 10 races. If he can keep up that rate, he’ll have more top 10s than any other year of his 10-year career before the Sprint Cup Series even reaches the Chase.

The ascendance of Truex and Furniture Row Racing has been one of the pleasant surprises of the 2015 season, but there’s still one major accomplishment missing for the team: a win. The team made the Chase in 2013 with Busch, but hasn’t won a race since Regan Smith shocked the field at Darlington in 2011.

Kansas may be one of the team’s best chances to score an elusive victory. Truex has been impressive at the track in recent seasons, scoring four top fives in the last six races, including two runner-up showings at the 1.5-mile track in 2012.

Truex and Furniture Row Racing looked impressive in a fourth-place showing in Kansas last October. Can they finally make their way to victory lane this Saturday?

This year on Four Burning Questions, Matt’s sharing his fantasy picks from the Frontstretch Fantasy NASCAR League, located here on NASCAR.com. Unfortunately, he wasn’t able to write this week’s entry. However, there’s good news! I decided to take a go at it. Here are my picks from this week. Join the league and see if you can beat me!

Kansas Speedway “quickly turned into a staple of the schedule” by default. Owned and more importantly built by the France family, it was not going anywhere, especially after the casino was added. It’s definitely not a staple of my schedule.

Ugh, Tim S, you said it. Sorry but if I want to go to a casino, I can go to one a heckuva lot closer than going to Kansas. Unfortunately the racing at Dover isn’t worth making the drive to go to a casino there either.

Gee, remember when the racing was enough of get people to show up at the track? Funny how now it requires a secondary reason and lots and lots of other entertainment to try and pull a crowd.

At least if it rains NASCAR can blame the continued waning fan interest on the weather and not the increasingly dull product. Ah, sweet delusion.