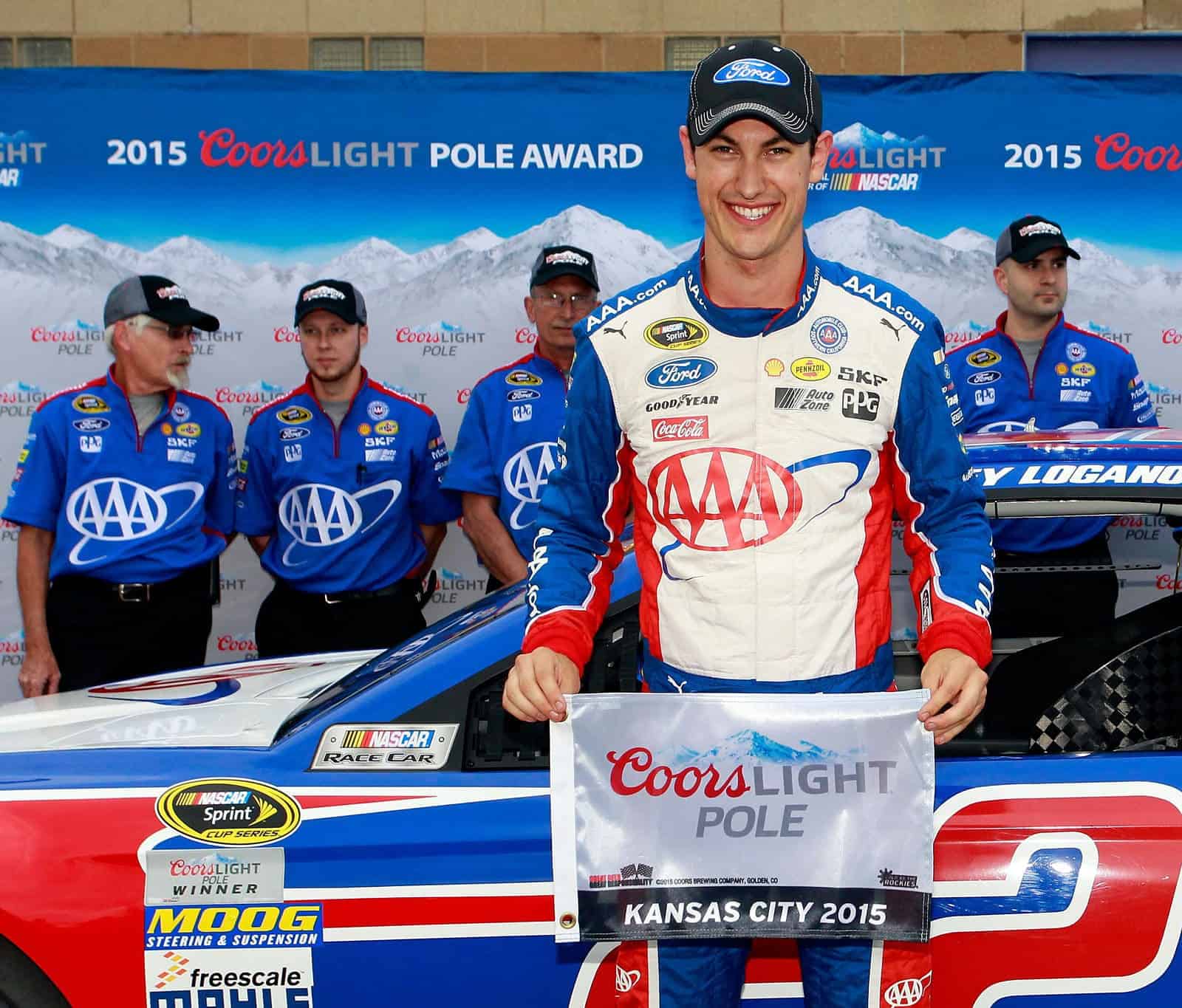 It’s nice to be yellow in Kansas Speedway.

“We kind of swung for the fence there on the last round and the car drove awesome,” Logano told FOX Sports 1. “Not very often you get a car that is perfect. I came off of turn 4 and thought, ‘I don’t know how I’m going to go faster than that. If someone beats us that can have it.’ It’s a great run obviously. For our fourth pole already this season, that’s pretty special. Just need to rack up more wins.”

Lining up second on the front row, for the second straight race, is Kasey Kahne.

“We kept picking up each run, and the last one was our best,” said Kahne who has five top 10s in the last seven Kansas races. “It wasn’t enough but its a really good lap. I feel good about what we’re bringing tomorrow night.”

A name that garnered much of the attention on Friday afternoon, however, was Erik Jones. The 18-year-old led the second practice for the Sprint Cup Series, won the pole for Friday’s Camping World Truck Series race and qualified a strong 12th for his first official Sprint Cup Series start.

Jones filled in for Denny Hamlin at Bristol Motor Speedway earlier this season. However, since Hamlin was the driver who started the race, he as still credited with the finish at the end.

Jimmie Johnson, in what has oddly become an occurrence in 2015, missed the final round of qualifying and lines up 19th for Saturday.

“We have qualified much worse and finished pretty darn well so directionally we are going the right way,” said Johnson, who starts outside the top 18 for the fifth time in 2015. “We just wish we had that magic wand to fix the short-run speed and make our lives so much easier by starting up front and having a good pit stall.”

With 44 entries and only 43 spots, Brendan Gaughan, for the sixth time this year, will miss Saturday’s race.