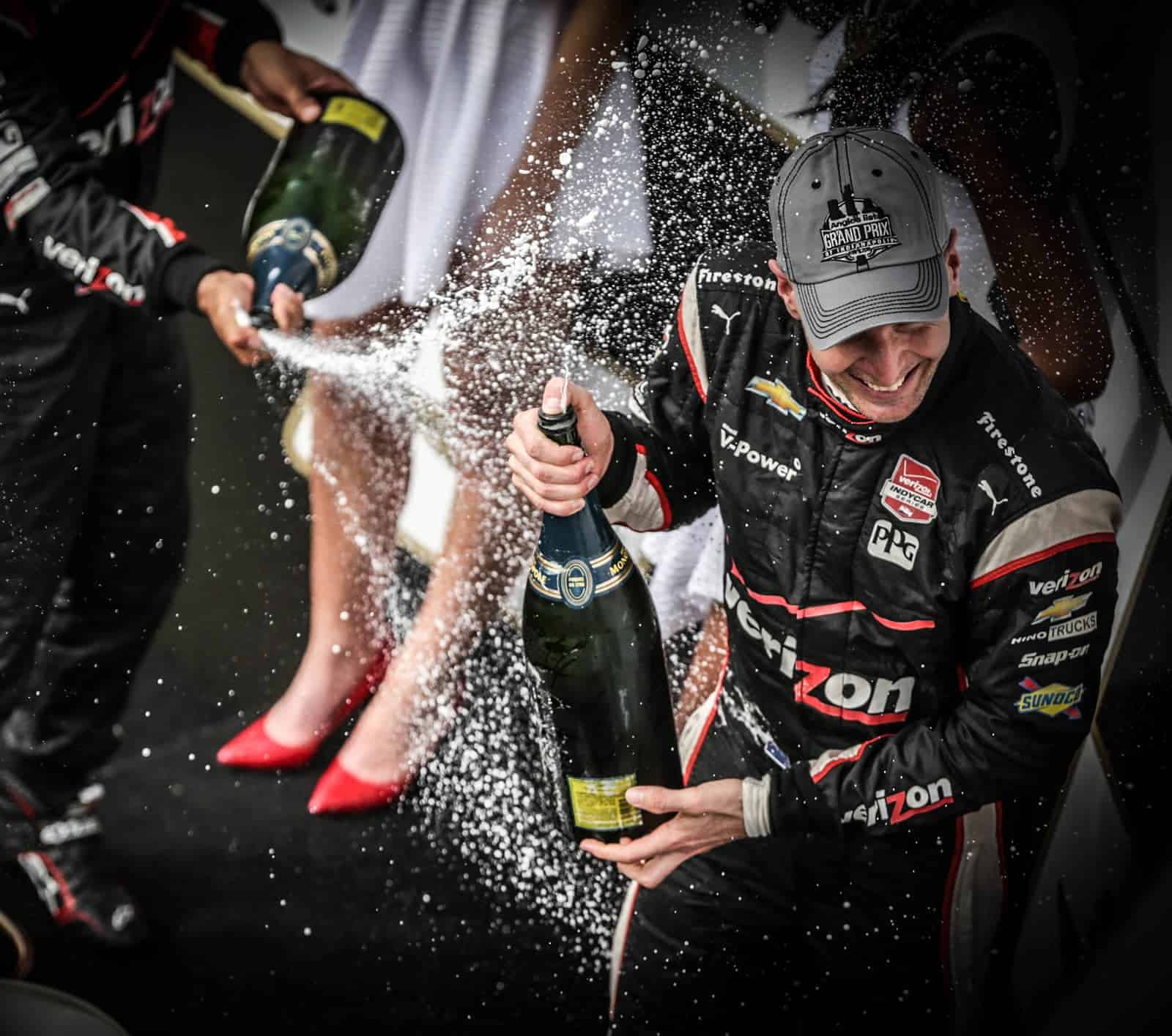 Through five races, IndyCar has some serious parity, as Will Power became the fifth different winner of the 2015 season after winning the Angie’s List Grand Prix of Indianapolis on Saturday afternoon on the road course at the Indianapolis Motor Speedway.

Here’s a quick look at the race.

How it happened: Power dominated the entire weekend, leading all but 18 laps from the pole, winning the first major trophy of the month of May at Indianapolis. But while a victory in the Grand Prix is nice, it pales in comparison to the Borg Warner Trophy – the prize waiting for the winner of the Indianapolis 500 in two weeks’ time.

After winning the pole for the Grand Prix and winning the race, Power now looks to do the same thing in The Greatest Spectacle in Racing.

“I’m halfway there. The Indy 500 is on my mind and I’m very determined to get it done.”

The victory also broke a bit of a slump for Power, who entered the race with three top 10s, but had the feeling that he should have had at least one other victory after dominating St. Petersburg (second place) and suffering a variety of misfortunes at Long Beach.

But it appears the defending champion is back and has struck first entering the official start to the Month of May and the Indianapolis 500.

Graham Rahal also proved that he might be for real, posting a runner-up for the second race in a row in his family owned Honda. In fact, Rahal may have had something for Power if not for getting held up by Josef Newgarden in the middle stages of the race and for the better part of two fuel runs.

What it means: Power opened the weekend by declaring that he wanted a challenge from Honda and seems to have found it in Rahal and Rahal Letterman Lanigan Racing.

“I hope they bridge the gap,” Power said on Friday. “Obviously, I drive a Chevy, but it’s better with competition. It’s more fun with an even playing field, which it isn’t right now.”

To be exact, it hasn’t been fun or competitive but with Rahal, the “Big H” may have their best chance at an equalizer on road and street courses.

Juan Pablo Montoya finished third – his third podium finish of the season – and retained his championship lead over Power, his Penske teammate. He takes a five-point advantage over Power into the Indianapolis 500.

Crash on Lap 1: While many drivers praised the eradication of standing starts for the IndyCar Series, a rolling start didn’t make one difference for the Grand Prix of Indianapolis, as yet another multi-car incident marred the start of the second annual road-course showdown.

The race was the 300th of Castroneves’s career but he could only rally to finish sixth. Dixon was relegated to 10th by the end of the event.

The race remained green for the remainder of the race following just two caution laps to clean up the debris.

What’s next. Verizon IndyCar teams will be back at the Speedway on May 11 for practice on the 2.5-mile oval in preparation for the 99th Running of the Greatest Spectacle in Racing. Qualifications are May 16-17 and will also air on ABC.

Complete results for the Grand Prix of Indianapolis can be viewed below.