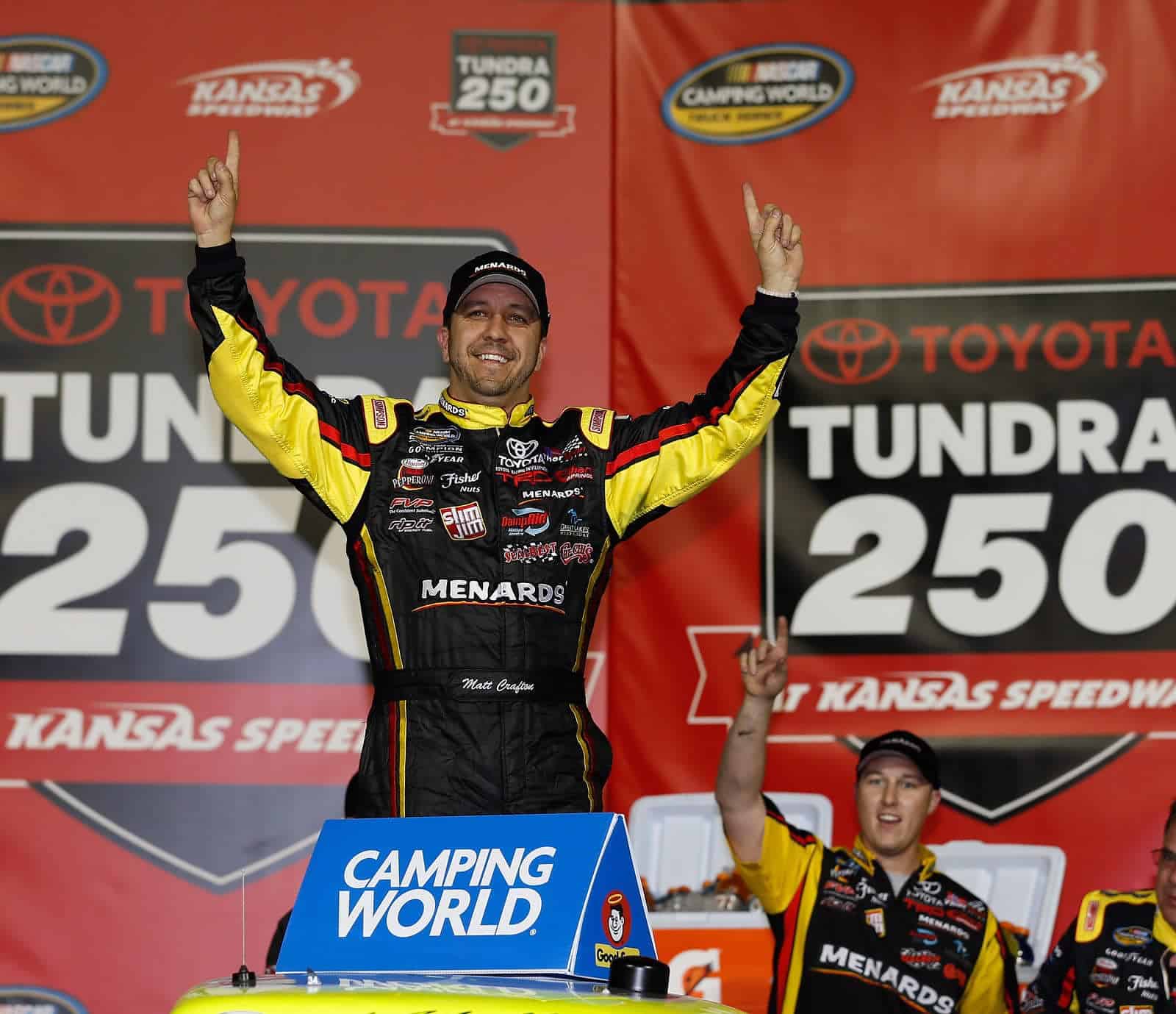 Xfinity Series: It’s Time for a Standalone – After another much needed off-weekend, the NASCAR Xfinity Series regulars will have their first true chance to reach Victory Lane at a non-plate track this year. Heading over to the stand-alone event in Iowa on Sunday, the division’s drivers will be up against very few (if any) Cup Series stars.

At a place favored by many for its rare design, Iowa provides a way for teams to get away from the intermediate tracks. None of the current Xfinity Series regulars were outstanding at Iowa last year, but this race could be gigantic in terms of the championship fight.

Richard Childress Racing and JR Motorsports have been the dominant forces on the larger track, but Roush Fenway Racing and Joe Gibbs Racing are becoming increasingly faster at the short tracks. Though Iowa is considered to be a short track by many, it is a .875-mile tri-oval, which creates high speeds that are seldom seen at a short track. Expect to see a new face enter the winner’s circle at Iowa – setting the tone for the rest of the season. – Joseph Wolkin

Camping World Truck Series – They say it isn’t necessary to have relatives in Kansas to be happy. Friday night at Kansas Speedway was a very happy time for the three-truck organization of ThorSport Racing, as all three trucks finished in the top five in the Toyota Tundra 250. With Matt Crafton, the two-time reigning champion has proven to be a weekly contender and outlasted the field to grab his second win of 2015 and seventh of his 16-year career. The No. 88 Toyota raced into the top five before the quickest truck of the night, Erik Jones, ran out of fuel, followed by Daniel Suarez and Tyler Reddick.

Johnny Sauter grabbed his fourth straight top 10 to start the season with a strong third-place finish.

“When those guys started running out of fuel I just backed off and was able to cruise to the line and get a top finish out of it,” said Sauter who took advantage of the fuel game to steal his best finish since his most recent victory at Michigan last August.

Rookie of the Year competitor Cameron Hayley entered the 1.5-mile track eighth in points with no top-10 finishes. After the wild chain of events in the final six laps, the 18-year-old Canadian scored his career-best result of fifth, now joining his veteran teammates in the top five in the championship standings. – Zach Catanzareti

Drivers will be able to see their resistance, speed, and power output statistics on large screens during the 45-minute indoor race. Fans can donate money in support of their favorite driver by going to www.vandergriffwishes.kintera.org with proceeds going to the Make-A-Wish Foundation.

“The Make-A-Wish Foundation is a wonderful organization and we really wanted tohelp them out,” said Vandergriff. “Granting wishes for these wonderful children really hits home for my wife and I as parents. We appreciate Make-A-Wish’s involvement in our sport with Terry Chandler and Don Schumacher Racing.”

Make-A-Wish is prominently featured in primary colors on the DSR Funny Car of Johnson Jr. at no cost to the organization thanks to Chandler. – Toni Montgomery

Formula 1: Rosberg Rolls from the Pole – To say that Nico Rosberg needed a weekend like this past one in Spain is beyond obvious. With his teammate Lewis Hamilton dominating F1 in fine fashion, Rosberg was facing becoming irrelevant, succumbing to even the rejuvenated Ferraris.

To quiet his critics, Rosberg earned the pole position in qualifying, with a rather dominant performance, then backed it up with by controlling the Spanish Grand Prix from the onset. Once the lights went out to start the race, Rosberg was able to slip by his teammate and scoot out to all the lead that he needed, never facing any real challenge. That his team provided him flawless pitstops only aided in his ability to cruise toward victory.

Hamilton, after dueling with Sebastian Vettel in the early stages of race, managed to finish second, with Vettel taking third.  Valtteri Bottas, rumored to be heading to Ferrari in 2017, earned the fourth position, with Kimi Raikkonen, the current Ferrari driver that Bottas would take over from, finishing the top five. Hamilton continues to lead the overall points standings as the series next heads to Monaco. – Huston Ladner

IndyCar: Kanaan’s Confusing Season Continues – Tony Kanaan had another decent day in the road course at Indianapolis Motor Speedway, bringing home a seventh-place finish in the No. 10 NTT Data Chevrolet for Chip Ganassi Racing. The result was Kanaan’s fourth top 10 in five races, highlighting a string of consistency that has him sitting sixth in series points.
However, amid the consistency another disheartening trend continued: Kanaan failed to lead a lap.

Kanaan is currently the only driver inside the top 10 in championship standings without a led lap to his name. His 6.8 average finish ties him with Will Power and Graham Rahal for second-best, but Kanaan’s inability to work his way to the front has left him behind both Power and Rahal. To make matters worse, Kanaan also trails teammate Scott Dixon, whose average finish is only 8.0, by eight points courtesy of Dixon’s win in Long Beach.

Kanaan has been able to stay within reach of the championship lead by finishing every lap on the schedule thus far, but he’ll need to step up to the lead – and likely victory lane – to claim his second championship. Lucky for the Brazilian, then, that the next race on the schedule is arguably his best: the Indy 500. – Aaron Bearden

Short Tracks: Otto Sitterly continued to add to his storied career at Oswego Speedway in upstate New York on Saturday. The already seven-time champion won on opening night for the fifth time, passing teammate and supermodified legend Joe Gosek for the lead around the outside on a restart. As a result, he starts off 2015 in good shape to become the first driver to win four straight titles.

The Race of Champions Asphalt Modified Tour held their second race of the season, the Richie Evans Memorial 75, the same night at the 5/8-mile known as the Steel Palace. Passing turned out to be a hard fought proposition, as Mike Leaty led flag-to-flag while the most recent winners at the track, Matt Hirschman and Chuck Hossfeld, could only muster eighth- and 12th-place finishes, respectively.