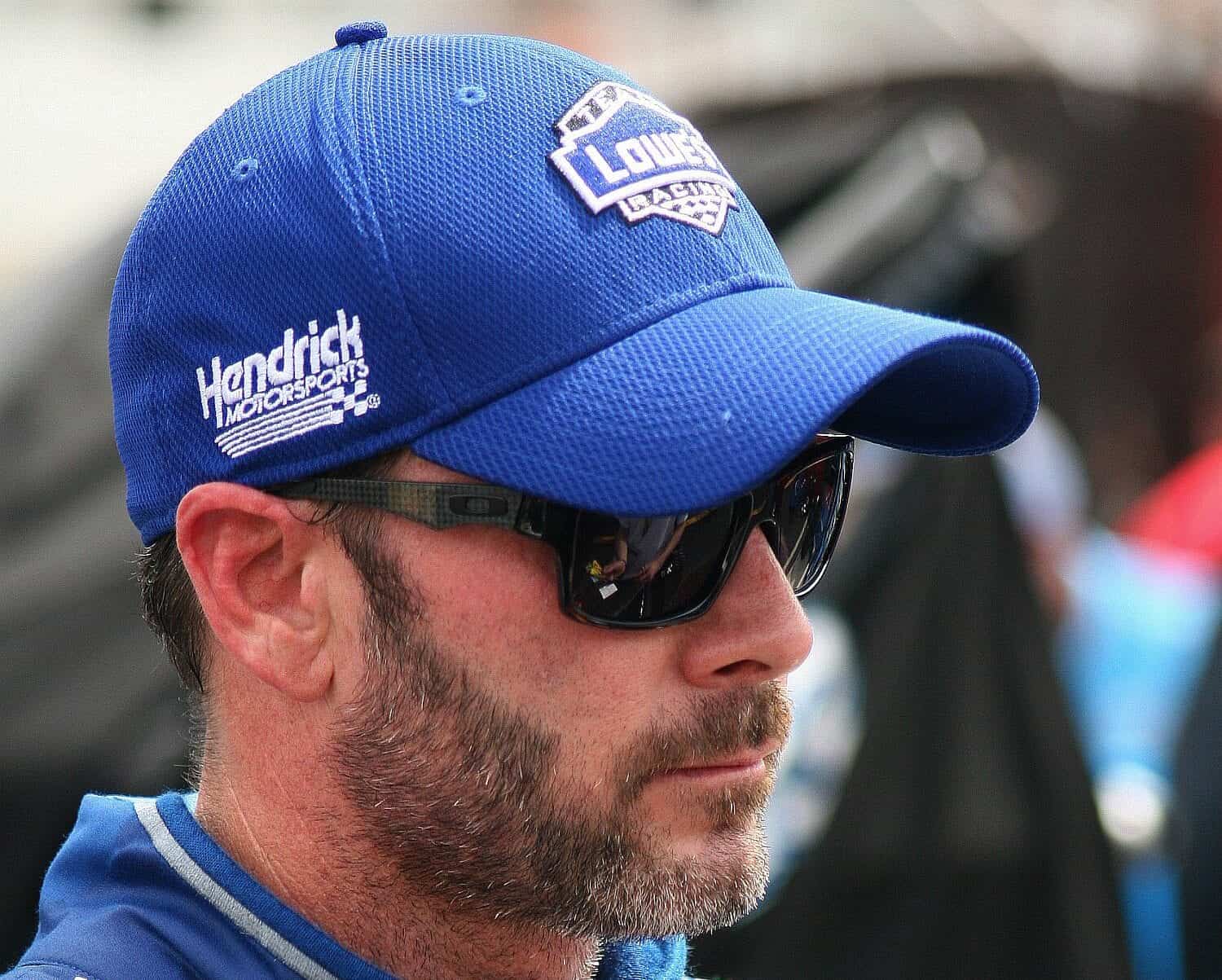 Author’s Note: Greg has taken this weekend off so I’ve taken offered to cover the NASCAR Mailbox this week, and let me say I’m excited to answer your questions. Let the fun begin. Greg will return next week.

The SpongeBob Squarepants 400 at Kansas Speedway was certainly interesting. Watching that No. 48 perform the way they did in closing stages of that race really made you wonder if this team is poised for another championship run. Jimmie Johnson nearly crashed on lap 9 while racing teammate Dale Earnhardt Jr. He did an excellent piece of driving to keep his car from hitting the wall and it paid off. During a long rain delay which washed all the rubber off the track, Johnson’s spotter Earl Barban told FOX Sports that the No. 48 car would finish in the top three. Well Barban was correct, and Johnson earned his 73rd career NASCAR Sprint Cup Series victory and the third of his 2015 season. That victory puts him on top of the win department this season and shows fans that the No. 48 team’s historic run may not be over yet.

Now onto this week’s Mailbox questions from you, our readers….

Q: Greg, Johnson’s victory was the 73rd of his career just three behind the great Dale Earnhardt. Yet I still hear people say that without Chad Knaus, Johnson is a lousy driver. Johnson has six championships and there are only two drivers to have anything close to that so why is it that Johnson never gets the respect he deserves? Thanks. – Doug G., Runnemede, N.J.

A: Hi Doug, thanks for the question. It is something that needs to be asked. I tend to agree, when people talk about the greats in NASCAR history, Johnson’s name is usually absent. I always hear Petty, Earnhardt, Pearson, Waltrip, Allison, Yarborough and Gordon, but Johnson’s name is never mentioned, not even as people try to go further down the list. There’s no doubt that the people who helped build this sport hold a special place in fans’ hearts, and rightfully so, as those guys raced in conditions, racetracks and racecars that were completely different than what the drivers today race in. However, if you talk to a lot of intelligent people around this sport they will tell you that this era of NASCAR is the most competitive in the sports history.

However, I feel it’s unfair to discredit any driver for the era they raced in. It’s not the drivers fault that they were born in that era, and who’s to say the numbers wouldn’t compute to another era? That’s why we have statistics in this sport, so we can match drivers in different eras and help with those debates.

But anyone who doesn’t think Johnson is not a good racecar driver is one of two things. They either dislike him for whatever reason, or they are simply not a knowledgeable race fan. Just look at this weekend’s race at Kansas. Johnson’s almost spin on lap 9 was something that a lesser talent may not have saved. It’s not easy to win one championship in this sport; look at his teammates Earnhardt Jr. and Kasey Kahne. Johnson has won six of them, and that’s got to count for something.

Q: Hi Greg, This weekend’s race at Kansas Speedway really opened my eyes to Erik Jones. However, with four drivers at Joe Gibbs Racing it’s hard to see a future for Jones at JGR. My question is where is Jones going to race in the upcoming years? Thanks. – Matt G., Des Moines, Iowa

Hi Matt, thanks for the question this week. It’s an excellent question and one that will require a long answer. Jones is a great talent and one JGR does not want to give up to another organization. We’ve seen them already lose one of their drivers over this past offseason when Darrell Wallace Jr. left for Roush Fenway Racing.

However, David Wilson of Toyota Racing Development stated this past weekend that the company is not letting Jones go anywhere. That means that he will be in a Toyota somehow, someway. Your point is valid. The team has four championship-caliber racecar drivers in its fleet, and it’s hard to envision anyone going anywhere any time soon. Kyle Busch is still under the age of 30, and Carl Edwards just signed a multi-year deal. Denny Hamlin is a free agent at the end of the 2015 season, however, it’s assumed he will re-sign with the team in the coming weeks and Matt Kenseth is arguably the best driver at JGR, and I believe he will be there as long as he wants to be.

That leaves a logjam at JGR but that doesn’t mean they are out of options. There’s no doubt Jones can run in the Xfinity Series for the near future, but there’s certainly questions beyond that.

However, Michael Waltrip Racing may have a seat open in the near future. Brian Vickers‘s contract runs out at the end of the 2016 NASCAR Sprint Cup Series season, leaving a seat open at that team. Despite Vickers’s health concerns he’s still under contract for 2016, and if he’s healthy he is likely to return to that ride. So that means it would be hard to envision Jones in a Cup car on a full-time basis next season.

It’s not impossible to envision Jones in a fifth JGR car like we’ve seen with Chase Elliott in 2015 at Hendrick Motorsports. From there, we may see Jones slide right into the No. 55 car after Vickers’s contract is up. That could help bridge the gap between MWR and JGR like they’ve been trying to do for a couple of years now.

Johnson is a good driver in a good car. Until he proves that it isn’t just the car, there will always be doubt about where he rates. Bobby Allison won races for a lot of different owners including Junior Johnson and Roger Penske. Cale won for multiple owners. So did David Pearson. Pearson got a championship ring for each of his three sons and then stopped running for the championship . Bobby and others say his brother Donnie was a better driver than him. If Jimmie Johnson drives for someone else (and I doubt it) and wins races this discussion will come up again.

Please, please, can’t we see how Eric Jones actually performs before we get a repeat of the Kyle Larson over hype?