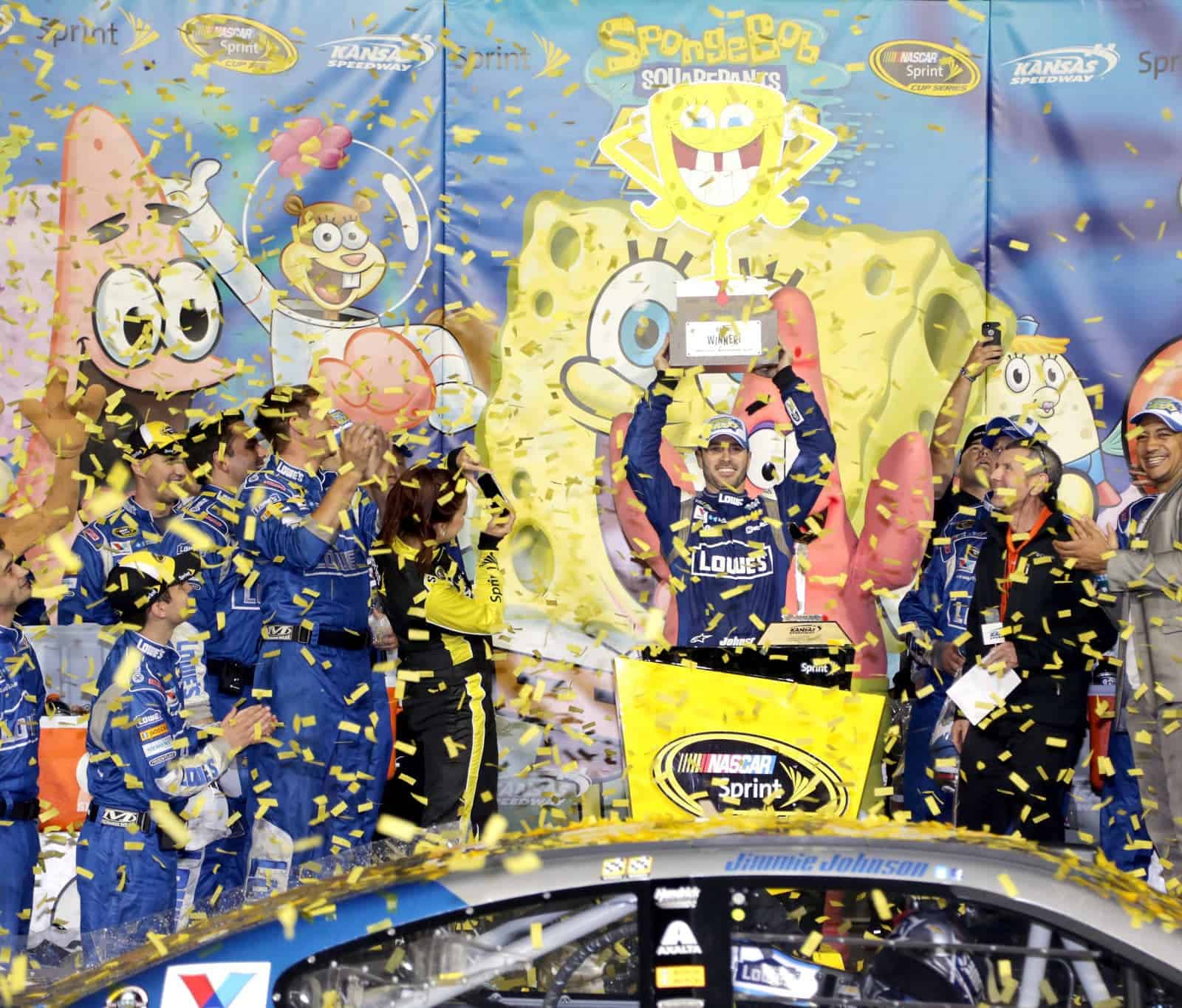 Another rain delay and another late finish. This time Jimmie Johnson took advantage of a late-race caution and chose track position over tires/fuel to claim his season-leading third victory. Kevin Harvick led the second-most laps (53), but after pitting and taking two tires, was unable to catch Johnson in the few laps remaining. He managed another second-place finish, though.

Talladega might be a wild card race but, as you saw, the best drivers still came out on top. That continued at Kansas as nine of the top 10 in Power Rankings after Talladega took all top-nine positions at Kansas. The only driver to finish outside the top 10 was Jamie McMurray, who finished a respectable 13th.

Up next are possibly two of the most exciting weeks of the NASCAR season. First up is the All-Star race this Saturday, followed by the “best day in racing” which includes Formula 1 at Monaco, the Indianapolis 500 and the Coca-Cola 600 Memorial Day weekend. But before the action heats up at Charlotte, see how your favorite driver ranked after Kansas.