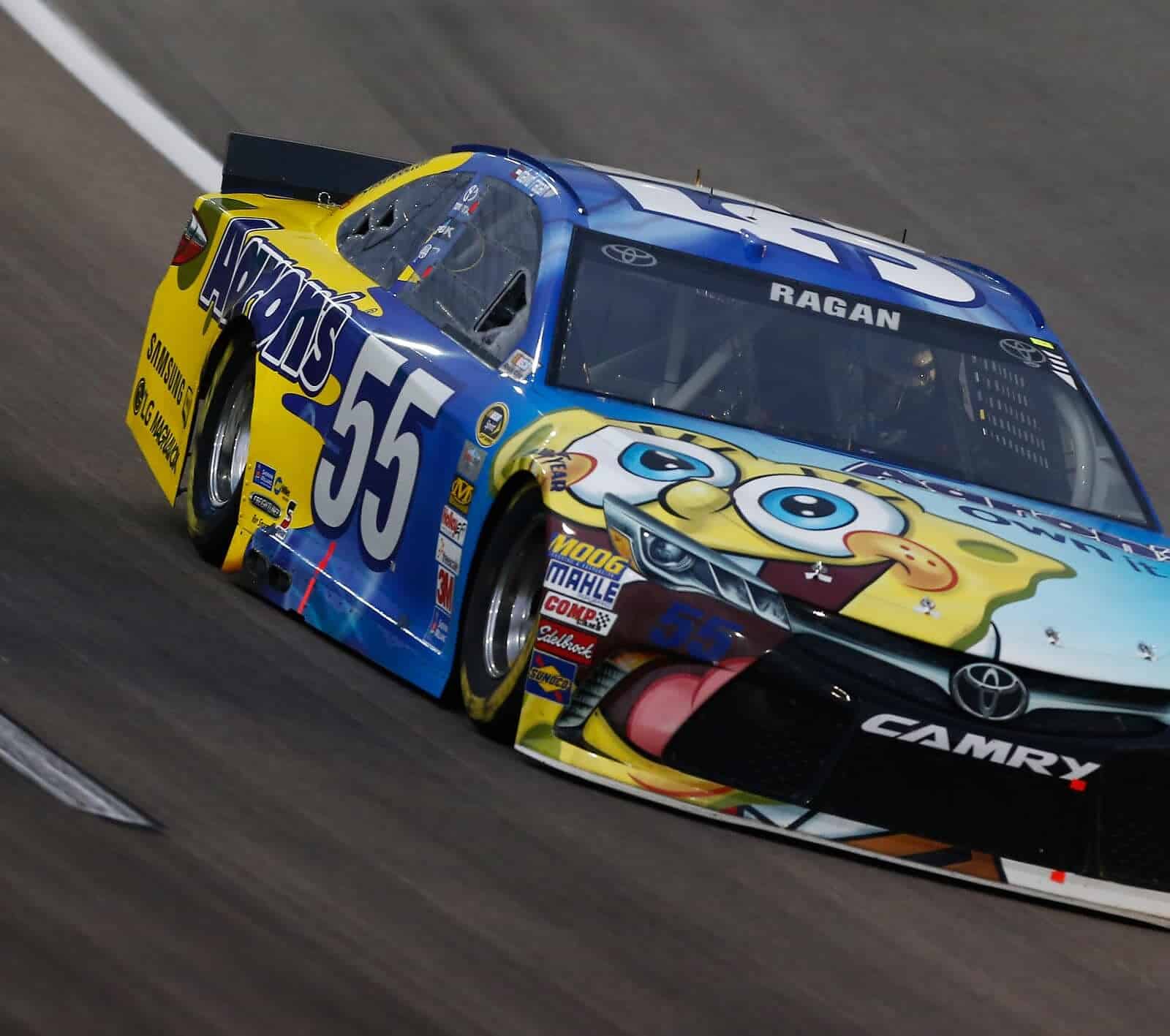 Frontstretch will scour Twitter every week looking for some of the best tweets from your favorite NASCAR personalities, drivers and media members. These were some of our favorite posts from the past week and we hope you enjoy them as well!

Got to hit some balls in batting practice and stood in front of my boy @TheRealJGuts throwing a wicked curve. pic.twitter.com/eWuEtp270B

Clint Bowyer got to enjoy himself while in the Kansas City area last Thursday. Bowyer had the opportunity of a lifetime with the Kansas City Royals prior to the game where he threw out the first pitch. The Kansas native even got several pitches thrown to him by the Royals’ Jeremy Guthrie. Although Bowyer looked natural while on the mound, we hope he keeps his day job within the NASCAR industry!

DeLana and Kevin Harvick have always posted interesting photos of their son doing numerous activities every week. In this picture, it seems Keelan has fallen in love with hunting. It’s clear their only son is quickly developing a unique personality all his own – and they’re happy to share it with the general public.

Some NASCAR drivers don’t have a lot of time to do their own yardwork because of their busy day-to-day schedules. Ricky Stenhouse Jr. posted this selfie on Twitter, showing everyone just how he does yardwork just like everyone else. It is safe to say, Stenhouse is proud of his farm!

David Ragan joined the Michael Waltrip Racing team last Saturday at Kansas Speedway while Brian Vickers continues to recover from recurring blood clots. Leading up to the race weekend, MWR announced they would field a SpongeBob SquarePants-themed racecar. We have to say, this appearance has to be one of the most interesting ones Ragan has ever done.

Erik Jones had an interesting M&M’s paint scheme this past weekend at Kansas Speedway while making his Sprint Cup debut. Jones piloted the No. 18 M&M’s Red Nose Day Toyota around the 1.5-mile oval. In response to the design, Kyle Busch posted this selfie of him and Samantha, showing their support for the cause.

TOTAL INVASION of @SpongeBob and friends in the press box @kansasspeedway #NASCAR pic.twitter.com/FYX2fpYAqZ

During the weekend at Kansas Speedway, several SpongeBob SquarePants-costumed characters visited the press box and media center numerous times throughout the weekend. Chris Knight posted this tweet showing everyone how much fun he is having with each of the characters.

And now for the most beautiful sky in all of Motorsports #NASCAR @kansasspeedway pic.twitter.com/8H2ZTLEon9

Matt Humphrey, who is the Senior Manager of Competition Communications for NASCAR, is always posting interesting photos from each of the race weekends on Twitter. Humphrey posted this tweet – showing everyone the pretty twilight behind the grandstands after the rain fell on Saturday night at Kansas Speedway. We have to say, this photo is spectacular.

Danica Patrick and Stenhouse Jr. have always enjoyed their dog Dallas. Danica posted this tweet over the weekend, showing fans exactly how they do rain delays. We have to say, it appears Dallas doesn’t want Patrick to leave.

You, the fans, are what make this sport what it is today! Thank you for your continued support! #TeamJL #NASCAR pic.twitter.com/Q60F6jK8WH

Joey Logano took some time out of his busy schedule on Monday afternoon to thank all of his fans for their support. It is not every day that you will see athletes thanking fans for supporting them throughout their careers, a gesture all professional athletes should make.

That’s it for this week’s edition of Tweet ‘N’ Greet! We hope you enjoyed all of these and be sure to check back here next week for another edition! And, if you’re not already, be sure to give us a follow on Twitter @Frontstretch!