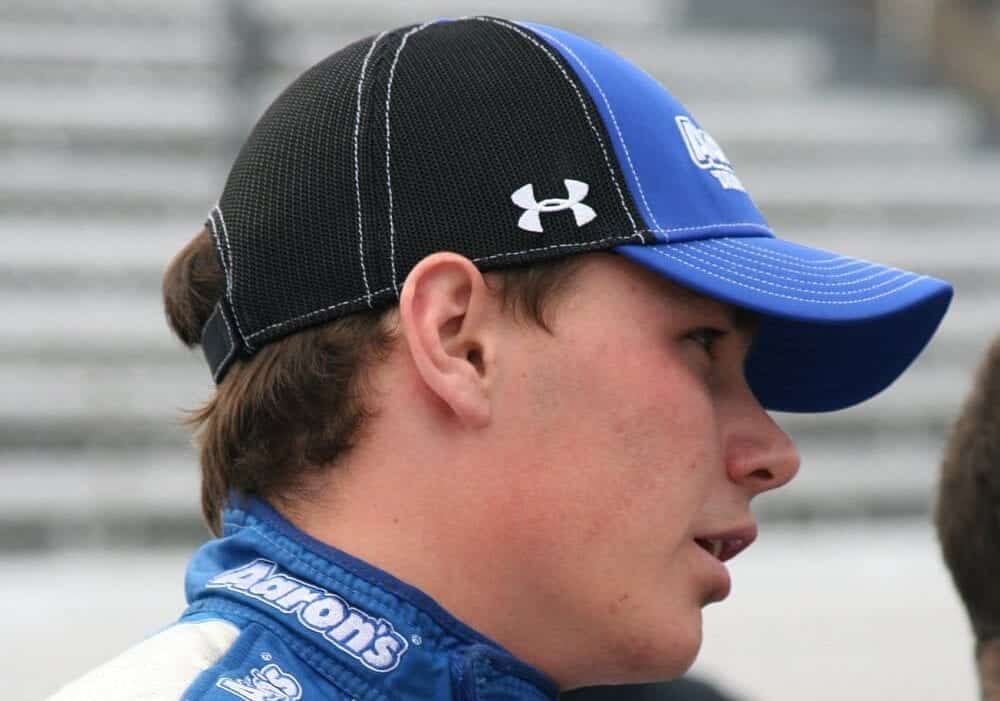 Brett Moffitt’s game of musical chairs has come to an end in 2015. Front Row Motorsports and Moffitt have come to an agreement that will put Moffitt behind the wheel of the No. 34 for the remainder of the season.

This puts an end to the instability in FRM’s driver roster, which has seen four substitute drivers in the No. 34 following full-time driver David Ragan’s departure to Joe Gibbs Racing and Michael Waltrip Racing to serve in a substitute role.

Moffitt, Chris Buescher, Joe Nemechek and Reed Sorenson have filled in for Ragan, who only raced the Daytona 500 with the team. Ragan scored the team’s best finish, 17th, in that race. Buescher has the second best finish for the team, a 20th-place result at Auto Club Speedway in his first career Cup race.

Moffitt, who will continue to serve as a developmental driver for MWR despite the move to FRM, impressed with an eighth-place finish at Atlanta, announced his intentions to run for rookie of the year at Auto Club. The stability provided by running full-time with the team will allow him to continue his run for that title. He currently trails Jeb Burton by 19 points in that race.

Moffitt’s best race in the No. 34 through three races is a 32nd-place finish at Phoenix.

The announcement completes an unofficial trade between FRM and MWR, with Ragan filling in for Moffitt and sidelined driver Brian Vickers in MWR’s No. 55 and Moffitt filling in for Ragan. It is unknown where either driver will race in 2016 and beyond.