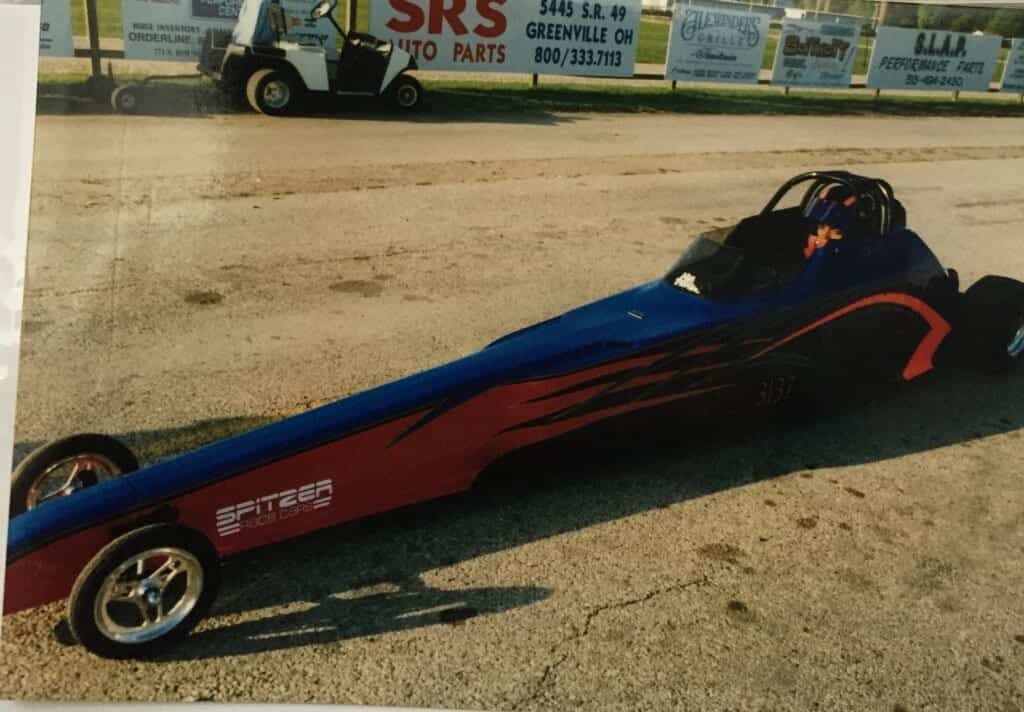 Last week in part one of our Junior Dragster special, the viability of the series as a starting point for young hopefuls looking to get to the big leagues was the topic of conversation. Some of the young drivers competing right now are following in the footsteps of their famous parents.

“I think it’s exciting that the next generation is interested in what their family does for a living,” John Force Racing Funny Car driver Robert Hight said. His daughter Autumn is the first member of the third generation of the famous family to take to the track. “I’ve never pushed my daughter at all. She sat down and looked at my schedule, looked at the schedule of Junior Dragster races that we could attend in southern California, and she put together her own schedule of the ones we could go to.”

Del Worsham, driver of the DHL Funny Car for Kalitta Motorsports, has twin daughters running Junior Dragsters, but he’s not so sure that they’ll someday follow him to the big leagues.

“I have one daughter that mentions it and the other daughter told me absolutely not,” Worsham says. “She’s doing this for fun and she’ll be done with it here shortly. My other daughter shows interest in it but she has a long ways to go, a lot of school and a lot of things ahead of her before she gets to that point.”

It’s great that they are interested, but realistically, not all of the youngsters in Junior Dragsters are going on to professional careers. There are roughly 3,000 racers in the Junior Drag Racing League and it would be crazy to expect to see 3,000 drivers attempting to score the pro series rides available over the next 13 years. The thing is, that’s just fine with some of them. For some, it’s not about making it to the Mello Yello Series, but more about having fun and spending time as a family.

Top Fuel driver Antron Brown has three children in Junior Dragsters and they make a weekend outing out of races. They race in the Midwest Junior Super Series and Brown says it’s almost like a national event but for juniors.

“We’re able to bring the kids out and we’ll camp out for Friday night and Saturday night because the race will be run Friday evening, all day Saturday, all day Sunday,” Brown shares. “You go out like you’re camping at Yogi Bear with your family and you’re at a cookout and you’re racing all in the same week and it gets no better. And that’s what Junior Dragster really brings at a family level is that you’re doing everything together as a family.”

With three children in three different age categories, Brown admits it keeps him and his wife busy, taking notes, working on cars and getting kids ready and to the starting line on time: “I’m the crew chief, truck driver and crew guy so that’s what I am on the race team when I go racing with my family. It’s nothing but a huge ball of fun and that’s what makes it so awesome to do.”

Worhsham agrees with Brown’s opinion on the fun and the cameraderie. He doesn’t always get to go with his daughters but his father steps in to help when he’s gone racing himself and through that gets some quality time with his granddaughters.

It’s also a hobby that’s not necessarily financially out of reach for many families. Former Jr. racer JR Todd started in 1993 when the league was new and at the time, he says it was advertised at $3,000 for everything you needed to race. It’s gone up since then but it can still be affordable.

“It depends how much you want to get into it. My first race we hauled the car in the back of my dad’s pickup truck and it had basically the same engine that’s on your lawnmower that you buy at Lowe’s or Home Depot,” Todd says. “Now, I mean, if you want one of the top of the line cars and a fast motor, just the motor alone is going to cost you more than $3,000. It just depends on how serious you want to be. You’ve got motor homes and trailers and maybe two cars or you can be like we were and start out in the back of a pickup truck.”

It can absolutely be the start on the road to the top for kids who want to make it to the pros someday. It can be a definite advantage when they get there as several drivers noted. It can also be a good opportunity to have fun and spend time with family. Not to sound too preachy, but it can also be a great place for kids to learn values, teamwork, and sportsmanship.

“It’s a good, clean, fun sport and I think it guides their path throughout their childhood and high school years if they’ve got a hobby like drag racing,” Hight adds. “It’s awesome. I love doing it with (Autumn) and I’m really really pleased that she wants to do it.”

Driver of the Week: Erica Enders-Stevens

2012 – Won four races and became the first female to win an NHRA Pro Stock race; one of the two women to claim wins at the same event in Seattle; two time No. 1 qualifier; finished fourth in points.

2005 – First female to reach a final round in Pro Stock; won eight rounds in her rookie season.

Some Things Most People Don’t Know About Erica: Actually most people do know that Erica was the subject of the Disney movie Right on Track, a movie that focused on the challenges and triumphs of females in male dominated sports. Erica and her sister Courtney did all of the “stunt” driving for the movie and were on set for the entire six weeks of filming. She still has fans coming to the pits to this day telling her they saw the movie as it still airs on Disney Channel.

Hight helps out with this week’s tech fact and explains exactly how tire strategy works for an NHRA Funny Car.

Eight-time Top Fuel champion Tony Schumacher has won at every track on the NHRA Mello Yello Series circuit except for one – and that one is Atlanta Dragway, site of this weekend’s race.

Doug Kalitta‘s track record ET from Atlanta Dragway, set last May at this event. Kalitta also set the speed record at the same time with a speed of 328.86 mph.

The NHRA Mello Yello Drag Racing Series will return to action this weekend for the next event on the schedule, the Summit Racing Equipment NHRA Southern Nationals in Atlanta. This one is back to being a Sunday night show but after several long off weeks, fans won’t want to miss seeing their favorite drivers back on track.