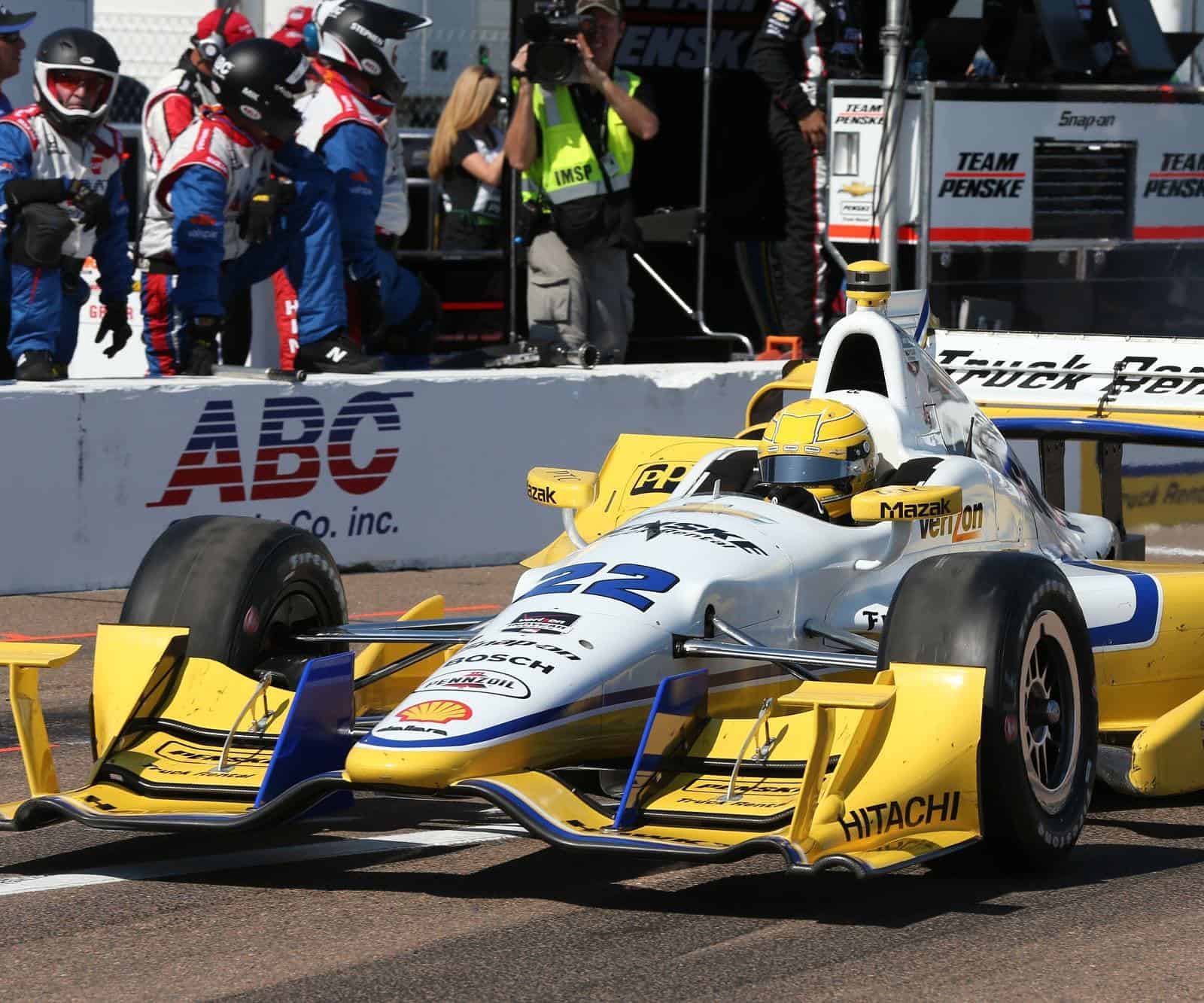 With Indianapolis 500 qualifying approaching, a third Team Penske car has topped the charts.

Simon Pagenaud put down a 228.793-mph lap to top Thursday’s Verizon IndyCar Series practice at Indianapolis Motor Speedway. Pagenaud was the third Team Penske driver to put down a fastest lap this week; teammates Juan Pablo Montoya and Helio Castroneves put down the fastest laps on Sunday and Tuesday.

Pagenaud was followed by Andretti Autosport sophomore Carlos Muñoz, who still holds the fastest lap of the week from Wednesday’s session. Muñoz’s 102 laps were the most of anyone in the field. Chip Ganassi Racing drivers Sage Karam, Scott Dixon and Tony Kanaan rounded out the top five.

Pagenaud’s top time was overshadowed by another terrifying wreck. Only one day after Castroneves flipped out of turn 1, Josef Newgarden suffered a similar incident in the same location. Newgarden was running by himself when he lost control of his No. 21 Century 21 Chevrolet going out of turn 1. Newgarden made heavy contact with the outside wall, causing his car to flip over and ride to a stop on its side.

For the first time of the month, all 34 cars completed a lap of practice. Veteran Buddy Lazier made his first laps of May, driving his No. 91 Chevrolet around the ‘Brickyard’ at 204.539 mph, the slowest car in the field.

2013 Verizon IndyCar Series rookie of the year Tristan Vautier also made his first laps of the year, driving the No. 19 Honda for Dale Coyne Racing. Vautier will sub for James Davison through the weekend, qualifying the entry while Davison competes in another race.

The stars of the Verizon IndyCar Series will return to action at Indianapolis Motor Speedway tomorrow for another practice session from noon-6 p.m. ET.