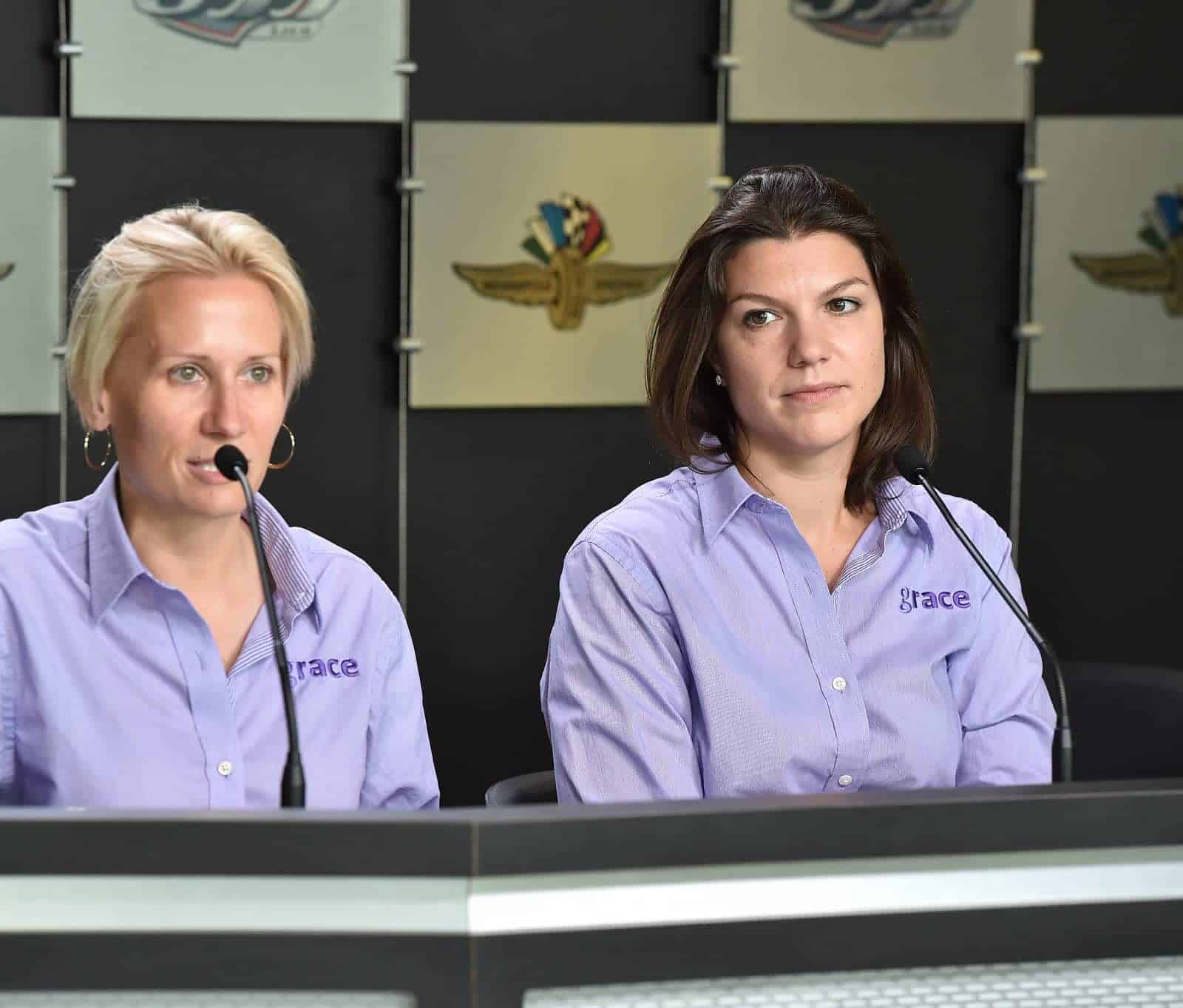 If all goes according to plan, an all-female team will attempt to make the grid for the Indianapolis 500 next season.

Grace Autosport was founded by veteran racing executive Beth Paretta and will feature British driver Katherine Legge behind the wheel. While the group is not opposed to hiring men in any capacity to enter the race, the plan is to roll into Indianapolis with a full roster of women – including the over-the-wall crew.

In addition to challenging the likes of Penske, Ganassi and Andretti in their showcase event, Grace Autosport is deeply rooted in involving women in STEM initiatives – science, technology, engineering and math.

In short, Paretta said her goal is to encourage women to feel as though they have the opportunities to transition those skills into motorsport opportunities.

“Why do we want to do this? To create and inspire current and future racing champions,” Paretta said. “To get girls and young women excited about careers in STEM, and hopefully to bring new fans to racing – girls, women, and families.

“The time has come for a real initiative to support women in all roles within the field of racing. We have started to assemble a team of women, but this is just the beginning.”

Paretta has the resources and contacts to make her dream a reality, too. Her most recent high profile position came as the motorsports director for Dodge and the SRT brand where she directed the organization to the 2012 NASCAR Sprint Cup Series championship with Team Penske.

The team already has one sponsor in place but is already looking beyond the Greatest Spectacle in Racing with an eye towards eventually going full-time.

“Because we do want the team to grow beyond the Indy 500, we will be talking to more sponsors and growing that side because, of course, none of this happens without money,” Paretta said. “But as much as we really think that a woman-owned company or a company that sort of shares the needs and initiatives, especially towards recruiting STEM initiatives for women, may be most likely to want to work with us, the reality is we will talk to anyone who would be happy to partner with us on the grid.”

In addition to Legge, Paretta has also recruited aero specialist Catherine Crawford, engineers Lauren Elkins and Jessica Rowe, and communications veteran Barbara Burns to the program. As for the driver? For her part, Legge stressed that the team isn’t setting out to be feminists and are looking to be all-inclusive more than anything else.

“We know we’re aware we need the support of men and we’re not being exclusive,” Legge said. “We’re just trying to be equal opportunity and in a positive way.”

Legge has made two career starts in the Indianapolis 500, finishing 22nd in 2012 with Dragon Racing and 26th for Schmidt Peterson Motorsports the following year. She hopes the team isn’t viewed as a gimmick because she wouldn’t have joined them if there wasn’t the potential to contend and perhaps win.

“I’ve driven Indy twice, the 500 twice – once in a good car and once in a bad car,” Legge said. “There is a whole world of difference. We have a year to get this right. Obviously we will be partnering with people to make sure that it is competitive.

“I have every faith that when I have this opportunity next year, it will be the right opportunity, and that’s very important. Because you don’t want to just compete in the Indy 500 – well, you do – but you also want the chance to win.”