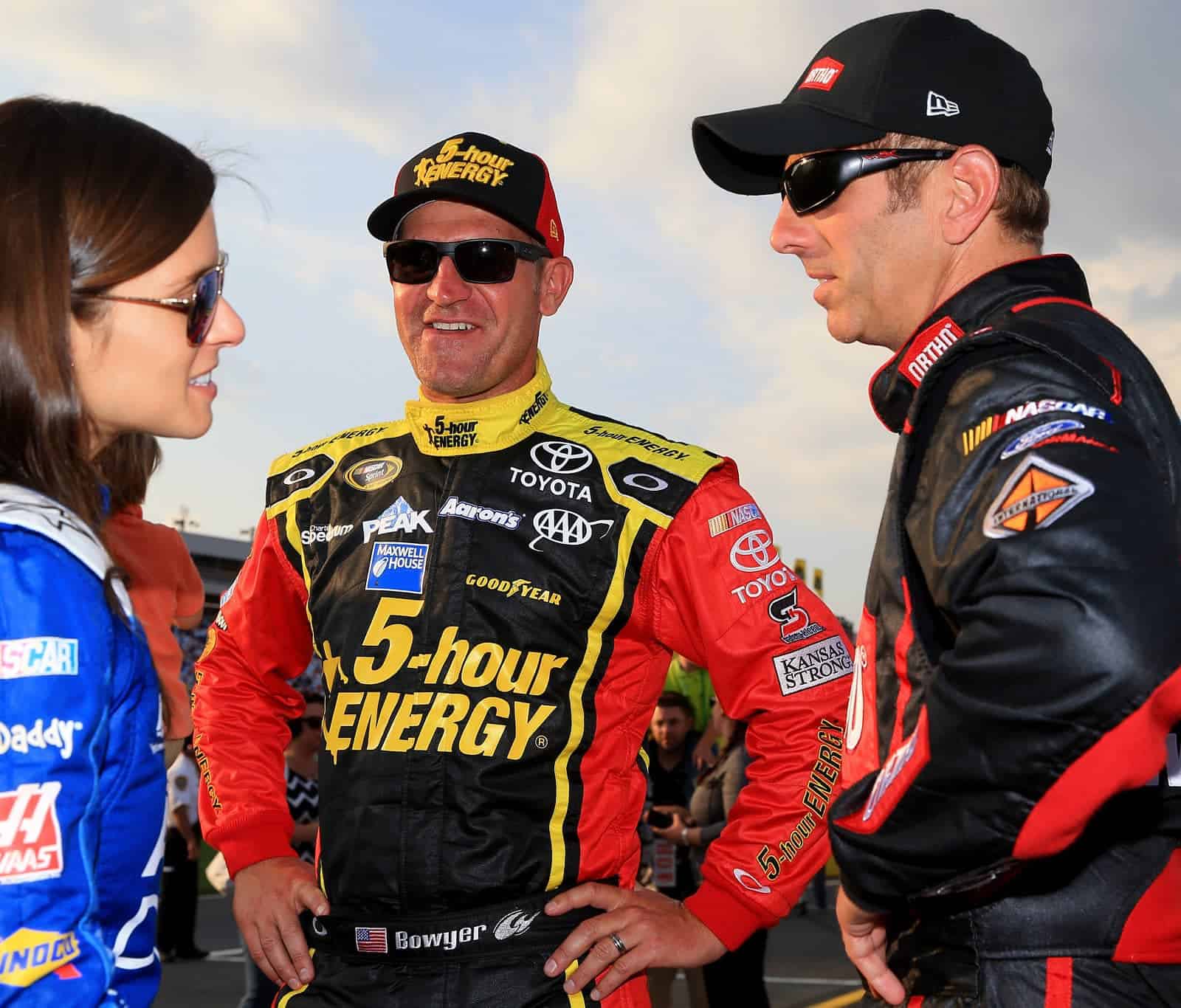 The final drivers in the NASCAR Sprint All-Star Race field have been determined. Greg Biffle, Clint Bowyer, and Danica Patrick have earned berths in the All-Star Race after winning the two Sprint Showdown segments and the Sprint Fan Vote, respectively.

Biffle cruised in the first 20-lap segment, taking the lead from the inside lane on the opening lap over pole sitter Paul Menard. Biffle, who doesn’t even have a top-five finish this season for Roush Fenway Racing took control of the race. Working his way around lapped traffic with ease, he drove to a two-second lead over second-place Bowyer and was never seriously challenged. Austin Dillon, Menard and David Ragan rounded out the top-five finishers. Biffle, who’s had great success on intermediate tracks throughout his career is now guaranteed a spot in the All-Star Race for the 12th straight year.

Strategy for segment two began during the halfway break. Ragan, Martin Truex Jr., Kyle Larson and Justin Allgaier took two tires, cycling through to the lead ahead of Bowyer.

When the race restarted for the final 20-lap segment, Truex jumped out to the front while Allgaier took Ragan three-wide. Larson and Bowyer worked their way into second and third before the night’s only caution fell for a spin by JJ Yeley with 18 to go.

Bowyer then took Larson and Truex three-wide on the ensuing restart to drive to the lead after a lap of intense racing. From there, the Kansas native kept a gap of about one second on Menard to take the segment two victory and punch his ticket into the All-Star Race.

Menard was forced to settle for second in the second segment, wasting his pole position earned earlier in the day. Truex was third while Sam Hornish Jr., another driver who has struggled this season slotted in a surprising fourth. Chase Elliott impressed in his third Sprint Cup start, rising from outside of the top 10 to finish in fifth.

Patrick was unable to race her way into the All-Star Race, finishing ninth, but won the Sprint Fan Vote to secure her No. 10 Chevrolet into the last transfer position. She’ll start behind Biffle and Bowyer, respectively, in tomorrow’s race; they’ll be at the rear of the 20-car field.

Looks like Danica is headed for yet ANOTHER top 20 finish!

I read where there is going to be an all-girl team next year at Indy. Does anybody else smell the diva?

I also saw a picture of her in a commercial for Six Star Fit Nutrition drink. Gotta make money somehow.

You’ve got Truex and Menard racing their butts off trying to make the field and Patrick gets in on fan votes. Ehat a sham. WWF indeed.