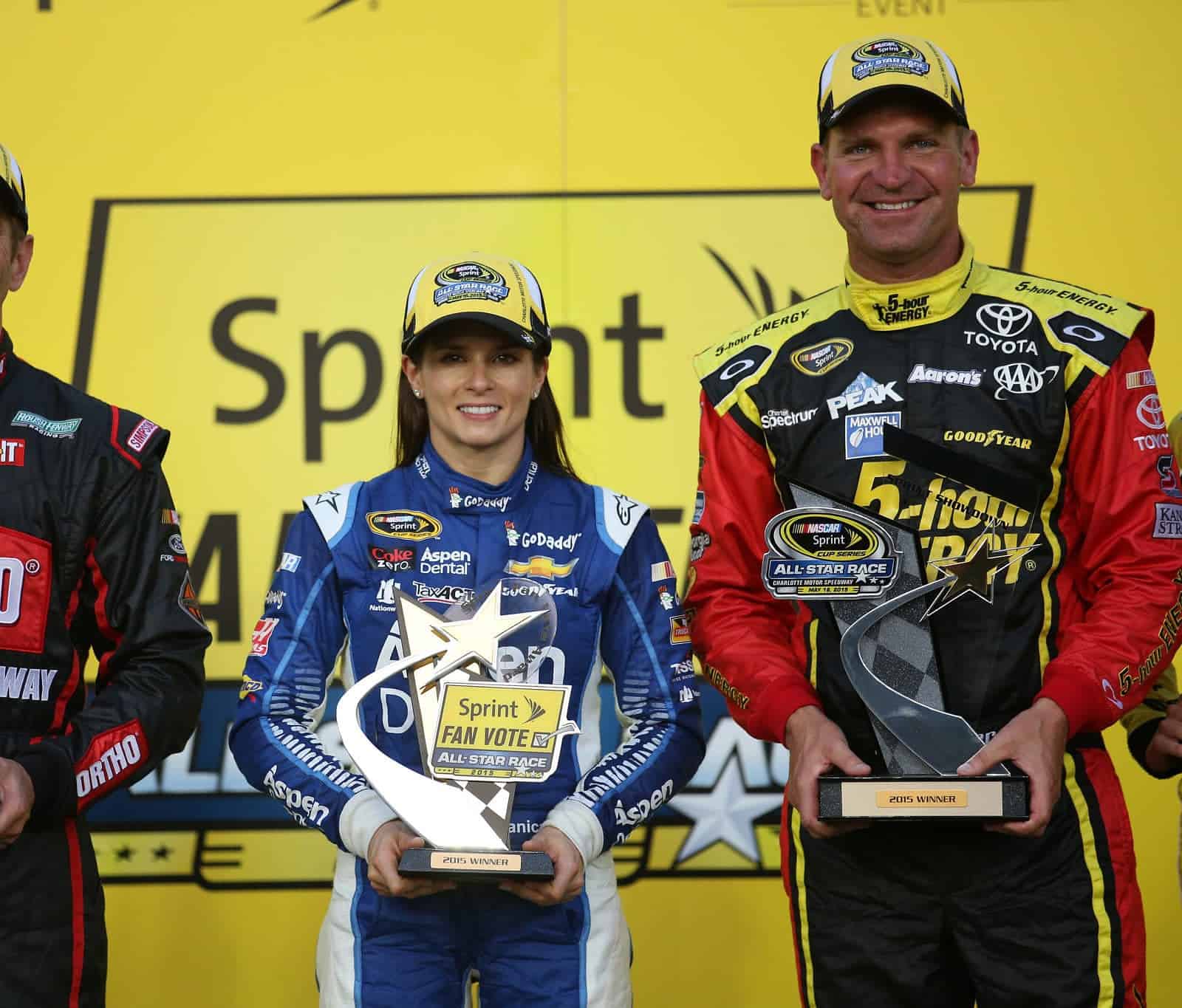 Looking for the Who, What, When, Where, Why and How behind Friday night’s race? Amy Henderson has you covered with each week with the answers to six race-day questions, covering all five Ws and even the H with the Big Six.

Most people wouldn’t be surprised if the Sprint Showdown winners had included the likes of Kyle Larson, Paul Menard or Martin Truex Jr. The two victors that emerged, Greg Biffle and Clint Bowyer didn’t raise many eyebrows either. But when the dust cleared after 40 laps, a few heads might have been turned when Sam Hornish Jr. was racing the leaders every step of the way in the second segment. Hornish drives a mid-tier car for Richard Petty Motorsports (teammate Aric Almirola is in the All-Star Race already); however, his name wasn’t on many pre-race favorite lists. Hornish ran a strong event, used pit strategy to his advantage and held his ground in traffic, a solid night that keeps momentum rolling since Kevin “Bono” Manion was signed onto the crew earlier this month. Could this night be a turning point going forward?

The All-Star weekend in general has lacked excitement for the past several years as the 1.5-mile tracks show how aero dependent the cars have become. Coupled with the resurfacing of Charlotte a few years ago, reshaping the asphalt it’s just not a recipe for the kind of racing that All-Star weekend was once known for.

JJ Yeley‘s spin in the second segment showcased the problem perfectly. There was no contact to initiate the crash, just close-quarters racing that pulled his car around as the air was interrupted. That’s not good for this type of aggressive competition, especially in short segments designed to bring out the best this sport has to offer.

Where… did the polesitter and the fan vote winner wind up?

Menard took the pole and that was the last time he’d see the front of the pack. Biffle out-jumped Menard on the start and went on to win the first segment. Menard made a run for the lead later on, contending in segment number two but was not able to catch Bowyer and settled for second overall on the night.

Danica Patrick, meanwhile became the first driver to win the fan vote more than once (2013) but she wasn’t a factor to get into the show any other way. Patrick, starting in the middle of the pack mixed it up a few times but had to settle for ninth after 40 laps.

The first segment was tame, but the second one got a little spicier, and eventually Yeley’s car got away from him. He missed Cole Whitt and Michael McDowell by inches while taking a ride through the infield grass. As noted above, close racing in itself shouldn’t be causing spins and crashes without contact.

There was contact for the second incident in segment two. Larson threw one block too many at Hornish and Hornish pushed back, causing the cars to collide. Larson slid up the track and brushed the wall, forcing him straight to the pits.

Why… did Biffle and Bowyer win the transfer spots?

Biffle got the jump when the green flag waved and that was it. He led the entire first segment handily, demonstrating that track position is going to be key for the next week as it usually is on the 1.5-mile tracks. If the segments in Saturday’s All-Star Race run caution free, look for similar results.

Bowyer admitted after segment two that had the caution not flown for Yeley’s spin, he wouldn’t have caught Truex in clean air. The yellow flag closed up the field and allowed Bowyer one more shot. He made the most of it, including hanging tough during a three-wide battle with Menard and Truex on the ensuing restart. How these two will fare against the stronger teams on Saturday remains to be seen, though. Only two Showdown transfers have captured the All-Star event, and the fan vote winner’s chances are even slimmer… it’s only happened once.

I’ve made this statement before, but it bears repeating: the Showdown race needs to be back on Saturday. Charlotte Motor Speedway is the winner here, because now fans have to buy two tickets if they want to see all the drivers, but something is missing from the overall show by splitting things up. The real shame is that the small teams work just as hard as the big ones, maybe harder, because they have fewer people to do the same amount of work. Now, on a rare night where underdogs once had to be showcased this new schedule has turned them into barely an afterthought. Missing the All-Star Race doesn’t mean a driver doesn’t have talent; it often means he doesn’t have money. What a shame that “Rich vs. Poor” mentality is reinforced with this new system.

“..close quarters racing that pulled his car around when the air was interrupted.” The state of current NASCAR, sigh.

anot one of many reasons why people aren’t interested in what NASCAR is selling.

I didn’t even bother to turn the races on last night and I’m not sure that Saturday night will be any different.

I agree with Amy’s point that having the showdown on a different night is just another way for Bruton & SMI to get more $ from the fans. It didn’t work with us. After having been bored silly multiple times, 3 years ago, I told my family I was done with wasting my $ on the Charlotte borefest and we no longer go.

that first word should have be “and”.

Judging from all the empty seats last night, I don’t think this 2 day ‘show’ is working. With all the races ibn one day, it’s worth it to buy a ticket. Obviously, many fans feel the same way. It will be interesting to see is they manage to get more people for Saturday.