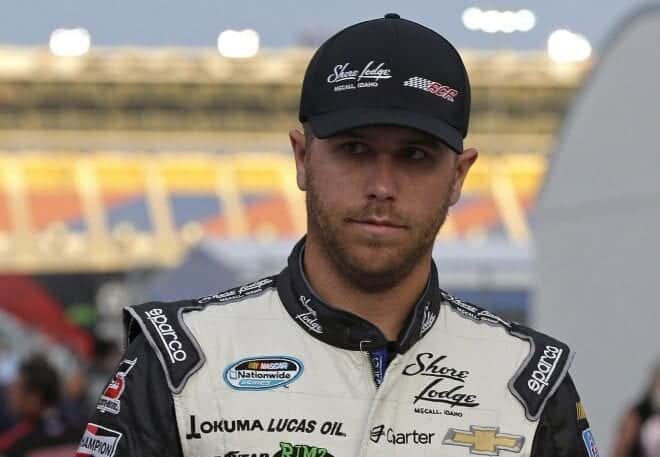 While the Sprint Cup Series has their All-Star Race at Charlotte Motor Speedway this weekend, the Xfinity Series will go short-track racing instead, traveling to 7/8-mile Iowa Speedway for the 3M 250. NXS teams had two practice sessions Saturday morning to dial in their cars, with a frontrunner quickly emerging for the pole: Richard Childress Racing.

In the first 50-minute session, rookie Brandon Jones, with a speed of 135.676 mph (23.217 sec.) was the fastest in the field driving RCR’s No. 33 Chevrolet. Chris Buescher finished the practice in second while Daniel Suarez, Ty Dillon and defending Xfinity Series champion Chase Elliott rounded out the fast five.

Ryan Blaney, driving the car that went to victory lane the last time the series was at Iowa, was sixth fastest with a time of 23.478 seconds. Regan Smith ended opening practice in seventh place, Darrell Wallace Jr. was eighth, and Elliott Sadler wound up ninth.

RCR veteran Brian Scott, who was a step behind his teammates in the first session, then jumped to the top of the charts for the second and final practice session of the day. His time of 23.552 seconds was only half a tenth faster than Jones. Drew Herring was third fastest in that practice, posting a time of 23.801 seconds in a substitute role. Herring will be practicing and qualifying the No. 20 Joe Gibbs Racing car for Erik Jones, still in Charlotte and on standby for a recovering Kyle Busch in the All-Star Race.

Coming off of a strong run in the Camping World Truck Series in Charlotte Friday night, John Wes Townley made the trip down to Iowa and ended final practice in fourth. Ben Rhodes, who will be missing his high school graduation to make his Xfinity Series debut this weekend, ended the final session fifth fastest.

Ryan Reed was sixth in practice with a speed of 132 mph (23.862 sec). Suarez was seventh in the session, followed by Chevrolet drivers Smith, Elliott and Dillon.

First practice featured a scary moment for underdog Jamie Dick. Returning to the No. 55 VIVA Motorsports car for the first time since being diagnosed with diabetes in March, Dick’s car was struck with a piece of lead from a car in front of him. The lead performed heavy damage on the hood and windshield of his car, also breaking through to hit his helmet. Thankfully, Dick was treated and released from the infield medical center with no injuries.