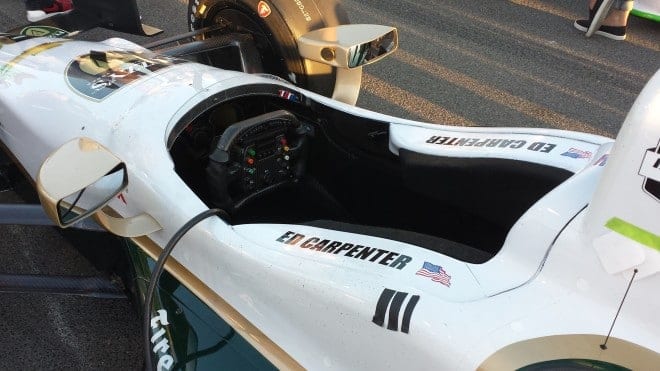 Chevrolet cars continue to spin and rise off the ground at Indianapolis with two-time and defending polesitter Ed Carpenter joining the dubious group on Sunday with a massive crash during warm-up for Indianapolis 500 qualifying.

Carpenter hit the wall in turn 2 – the third Chevrolet to crash in that end of the speedway – and then saw his entry become slightly airborne. The impact was blunt and his car rode the wall and turned over before coming to a slow stop on the back straight at the storied Indiana speedway.

Carpenter immediately exited the car and was sent to the track infield care center where he was checked, cleared and released for further competition.

Carpenter joins Helio Castroneves and Josef Newgarden as Chevrolet drivers to have crashes that resulted in hard hits and some degree of flight. Carpenter hit the wall with such impact that it likely negated his car from ‘flying’ like Newgarden and Castroneves.

Newgarden is a teammate to Carpenter at CFH Racing and said his incident was the result of a punctured tire.

No reason was given for the Castroneves Team Penske crash.