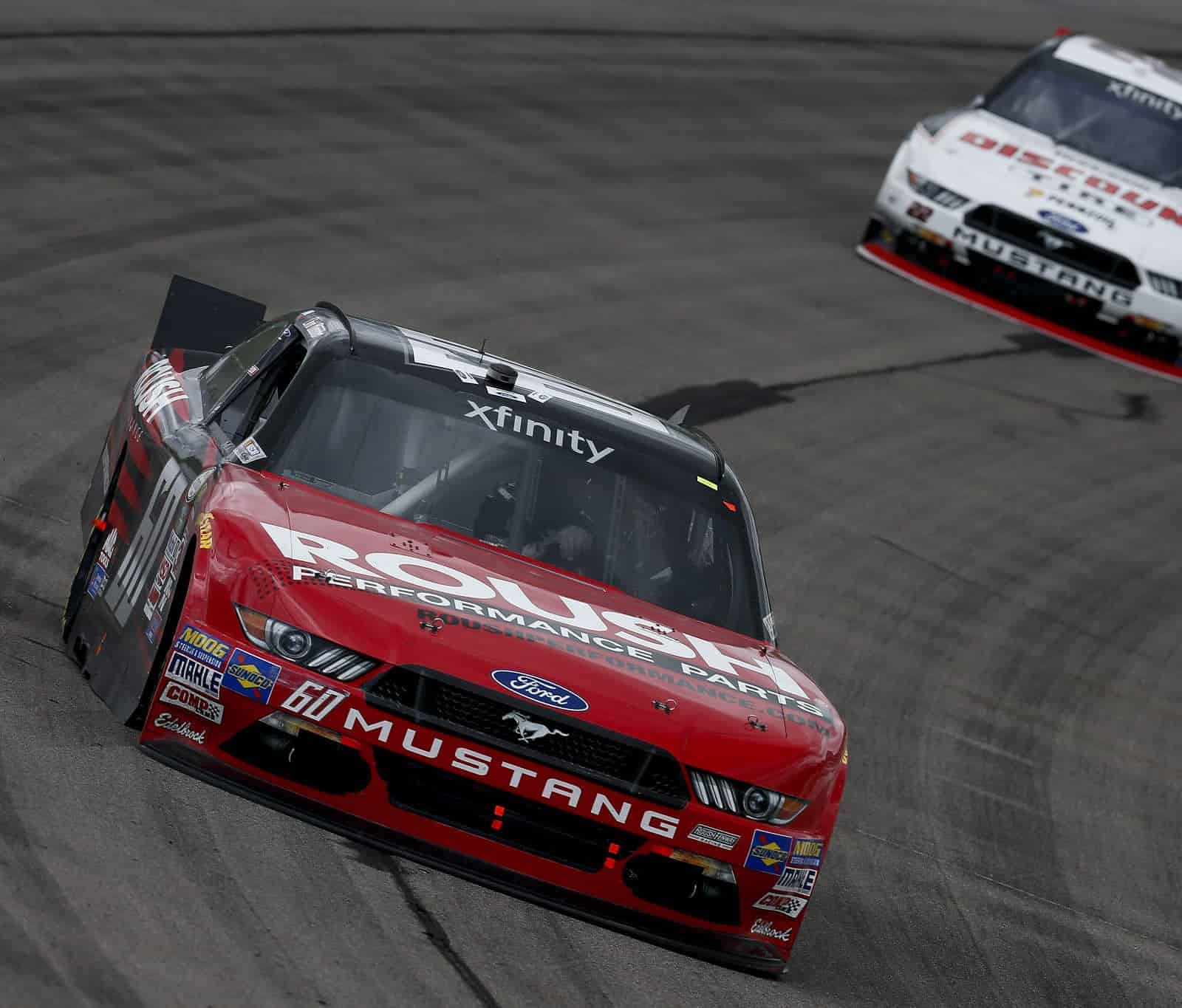 It was a great weekend of racing action at Charlotte Motor Speedway and Iowa Speedway, but if you went solely by the responses on Twitter and other forms of social media, you wouldn’t know it. Why? Because our fickle fans think they can come up with a way to end every race with door-banging, side-by-side action with flames, sparks and the Battle Hymn of the Republic playing in the background.

Guess what, folks? You can’t have it that way every single race, every single week. Yes, it does happen from time to time – minus the whole Glory, Glory Halleluiah thing – but if it did happen every week, it would become boring then too!

This past Friday, the Camping World Truck Series had one of the most exciting finishes of the year. And last week’s truck race at Kansas was pretty good too.

Yes, Kasey Kahne may have had a cheated-up truck in the Charlotte race, but he still held off Erik Jones by .005 of a second in a photo finish.

The finish at Iowa Speedway on Sunday was also off the charts. Sure, Chris Buescher had a nice lead as he crossed the stripe and took the checkered flag but I wasn’t sure he would win that race as the final lap ticked off the board. If you are honest with yourself, neither were you.

So, what happened in the Sprint All-Star Race? Well, Denny Hamlin won the race and some are saying it wasn’t exciting. I disagree, but I also want to ask what people didn’t like about it. Did fans not like the racing package, which is exactly what they already race every weekend? Did they not like the All-Star format with four 25-lap races and a 10-lap shootout? Or maybe the fans that took to Twitter bashing the sport and the sanctioning body last night didn’t like the fact that Denny Hamlin won the race?

Something tells me the people who were complaining on social media were probably more upset that Dale Earnhardt Jr. or Jeff Gordon didn’t win than they were with the racing action, the format or the package being run by the cars.

News flash folks: NASCAR isn’t perfect, but it’s pretty darn good. The drivers race 36 times a year to determine a champion, and if you think the INDYCAR or Formula 1 or [insert racing series here] are any better, then go watch them. You may be one of the few people not fond of the Chase for the Championship format but millions of other fans think it’s great. Since its implementation, the sport has seen some of the most exciting finishes ever.

But if you think you would like one of those other racing series better than NASCAR, it should be pretty easy to get in and out of their tracks because their attendance levels don’t generate the interest we have in the most superior racing style on the planet.

19 thoughts on “Kickin’ the Tires: NASCAR Fans Fickle Over Finishes”