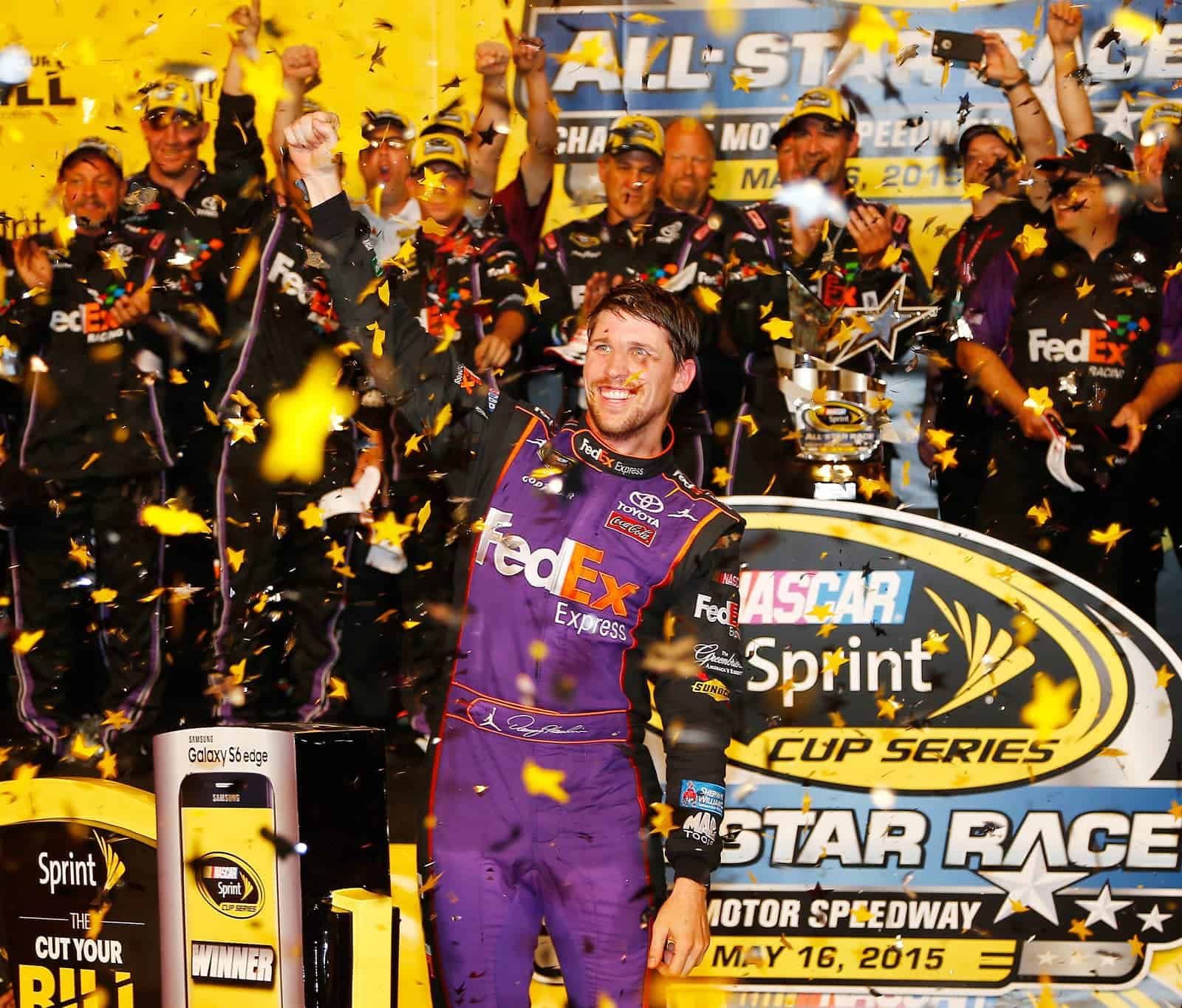 It’s hard to believe that Joe Gibbs Racing had never been to victory lane in the All-Star Race. Well, that stat came to an end Saturday night as Denny Hamlin held off Kevin Harvick to win the million-dollar payout and gave JGR its first non-points win at Charlotte.

Many would have probably put their money on Harvick, who made a hard charge but had to settle for second. It’s not a points-paying race, but it’s another top-two finish for the No. 4 team. And don’t forget, these teams will be back at this track next Sunday, so expect to see drivers with strong runs in the All-Star Race do the same in the Coca-Cola 600.

Clint Bowyer and Greg Biffle made the highlight reel for the first time this season, winning their respective qualifying races and finishing 12th and 13th, respectively in the main event. Danica Patrick won the fan vote (surprise, surprise) but suffered engine issues and finished last. The biggest story was the return of Kyle Busch to the seat of a race car for the first time since his accident in the NXS race at Daytona in February. He was strong all weekend and finished sixth.

Next Sunday marks what I believe to be the best day of racing… period. Formula 1 at Monaco, the Indianapolis 500 and the Coca-Cola 600. But before all the action begins, see how your favorite driver ranked after the All-Star Race.

“Won segments two and three but faded to finish ninth”

This is a questionable interpretation of Kes’s night. I’d recommend you read the transcripts on Jayski of Brad talking about the speeding penalty on pit road.

Considering the number of cars he passed for position during the final segment, i don’t know that “faded” is a good word.

kb
Reply to  Chris in TX

It’s expected with the above observation..Brad drives a Ford.