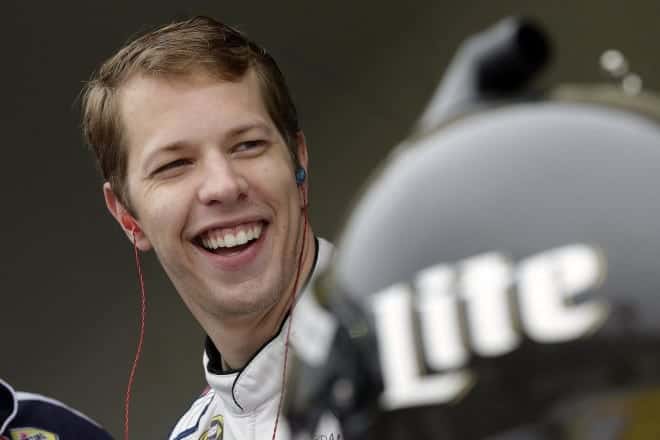 Brad Keselowski and Paige White became first-time parents Tuesday with the birth of their daughter. Keselowski shard the news on Twitter early Wednesday, although he did not reveal the baby’s name.

This is the second birth in the NASCAR community this week. On Monday, Kyle Busch and his wife Samantha welcomed their son Brexton Locke into the world.

Will the Busch and Keselowski babies follow in the footsteps of their fathers and compete against each other on the track? Only time will tell. Until then, the Frontstretch family congratulates Keselowski and White on their addition.

It’s a shame that you all won’t share your baby girl’s birth weight, photo and name to your fans. Don’t you realise your fans are very happy for you and only want to celebrate with you.