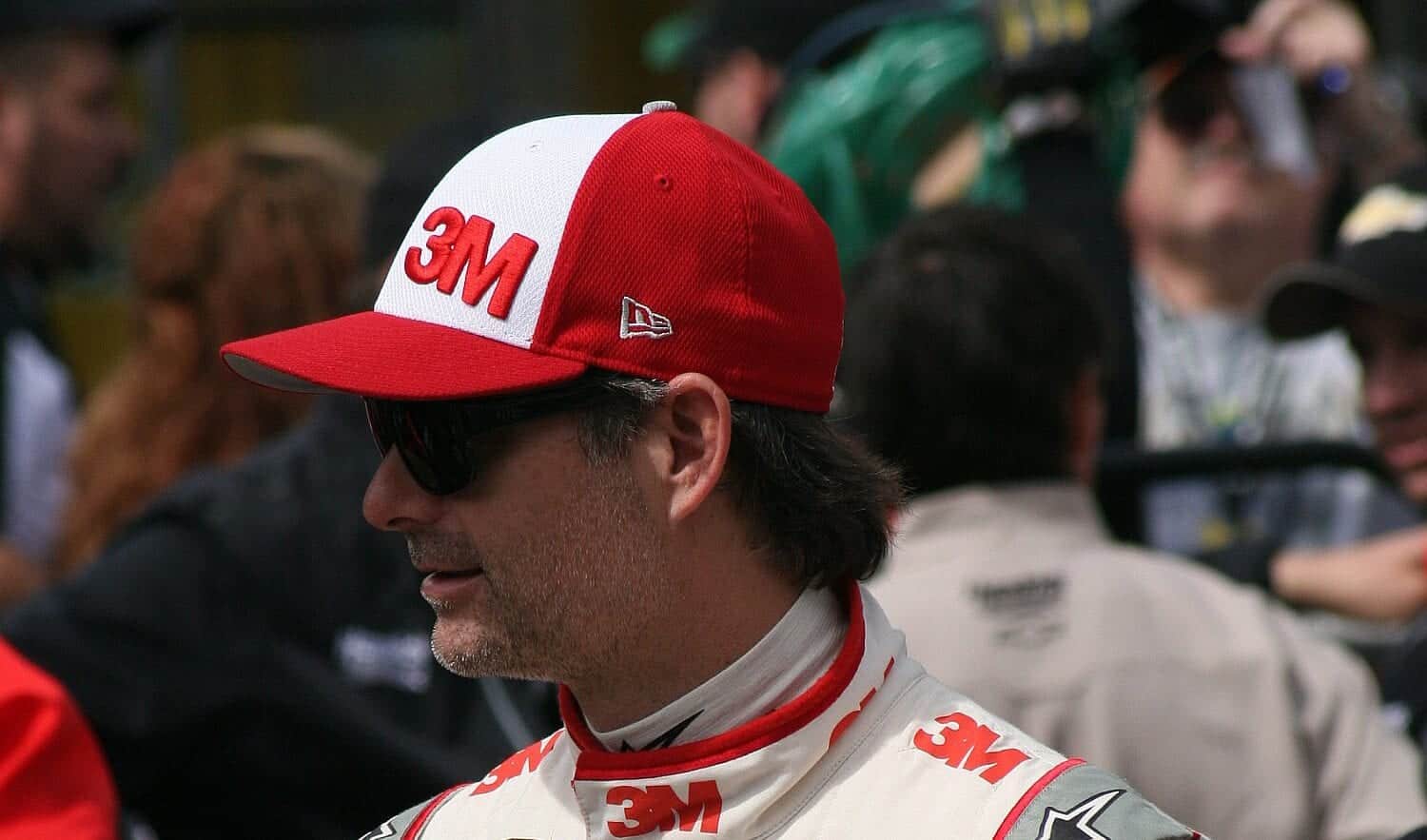 As you’ve undoubtedly read by now, FOX Sports announced on Thursday that four-time Sprint Cup Series champion Jeff Gordon will be moving into the broadcast booth full-time next season. It’s an interesting move by FOX, as Gordon is a known quantity, popular with race fans and non-race fans. When Gordon expressed an interest to do TV, both of NASCAR’s TV partners were chomping at the bit to get him, and FOX was able to get in there first.

The move breaks up one of the longest-lasting on-air commentary groups in sport. Remember, this year marks the 15th straight that the current group has been together. Even the best booth groupings usually only last a couple of years, a few at best. For reference, the Bob Jenkins-Benny Parsons-Ned Jarrett trio at ESPN was only together for about 11.5 years (Parsons wasn’t in there at the start of 1989, Gary Nelson was). In contrast, during its last eight-year stint with Sprint Cup races, ESPN had four different booth lineups for at least a season at a time. This season brought the biggest changes to FOX’s on-air group since it entered NASCAR, but the booth was spared. Not anymore.

Of course, with one trio of commentators doing well over 300 races together, the partnership might become a little stale over time. Or, it might get ridiculous. With FOX Sports’ booth, you might have a little of both.

To make way for Gordon, Larry McReynolds will move down to the Hollywood Hotel, where he will join Chris Myers and Michael Waltrip. Despite McReynolds’s reliance on trends in recent years, he is the youngest current member of FOX Sports’ broadcast booth (both Mike Joy and Darrell Waltrip are well into their 60s). While I’m pretty sure that Gordon will likely stick to regular English, there are going to be some detractors to FOX Sports’ move.

Darrell Waltrip has clearly worn thin on a lot of fans over the years. Believe me. I see the comments on a weekly basis about how much the Waltrips drive you nuts. I’m not the biggest fan of either Waltrip myself. The main reason that Darrell will still be in the booth next year while McReynolds will not has everything to do with the fact that McReynolds is not as much of a household name as Darrell. Also, I seriously doubt that Darrell would take such a move since it could be considered a demotion.

Gordon’s first steps into sports broadcasting earlier this year were quite tentative. Those three Xfinity Series races he worked as a guest analyst were solely designed to get his feet wet. While someone like Clint Bowyer might just use the time to have some fun, it was on-air training for Gordon. As I wrote back in April, Gordon even admitted on-air that he was nervous. He was quiet and reserved. You can’t really do that and be an on-air commentator. However, as he became more comfortable, he came out of his shell.

By the time Talladega rolled around, I felt that Gordon really came into his own. By that point, he had gotten himself into a groove, bouncing ideas back and forth off of Michael Waltrip. Honestly, Gordon is one of the few booth commentators that can actually hang with him. That’s not a compliment towards Michael Waltrip. As I’ve written about in the past, Michael Waltrip has the tendency to take over broadcasts, often to annoying affect. Gordon can keep him in check.

There’s no word as to whether Gordon will work any more NXS races in 2015. I would think that he would still want to get as much experience as he can, but that will be something that we’ll find out about in the coming months. I have no doubt that he can bring himself into a healthy rhythm with Joy and Darrell, even with Darrell’s quirks.

Former Frontstretch colleague Brody Jones stated in a Facebook post on Thursday that he believes Gordon could end up being like the late Neil Bonnett in the broadcast booth. Right now, the only parallel I’m seeing between Bonnett and Gordon is that Gordon will be the same age in February as Bonnett was when he started his TV career (44).

Bonnett got into TV essentially to stay in the sport. Remember, he was injured at Darlington in 1990 and suffered symptoms of amnesia as a result of a head injury. Once he recovered, he got involved with television right as TNN entered NASCAR. Bonnett strikes me as a far more down home-type than Gordon could ever be. However, Bonnett was the kind of analyst who would chip in with comments, then step back. I could see Gordon being that man. I don’t expect Gordon to become another Waltrip, nor do I want him to be that man.

2016 is will be an interesting year for FOX Sports’ NASCAR coverage. I’m looking forward to seeing what Gordon can do with FOX. I’m sure you’ll be willing to give Gordon a chance. He’s been promising. Let’s see where this goes.

For the sake of argument let’s say that Gordon turns out to be the best broadcaster ever to set foot in the booth. As long as Ol DW, his buffoon brother, and Larry The Human Commercial remain in any way involved the Fox coverage will continue to be annoying to the point of being unwatchable.

I’m with JohnQ. I haven’t heard any of the drivers in the booth this year because I can’t abide DW & Larry Mac. So I’ll still be listening to the MRN broadcast. It might help ease the pain for Jeff’s fans with his retirement though.

If nothing else, Jeff will bring informative insight to the new cars and how they race. DW still thinks they are driving the old cars of the 70’s and 80’s with the setups and tires they had back then. I think Jeff will pay attention to what’s going on out on the track because sometimes I wonder if they are watching the same race that I’m watching. I think they have a special monitor for DW that shows old races for him to watch just to keep him awake.

And here I was hoping that this meant that someone was finally going to turn DW out to pasture…or retire him to the woods around Junior’s place. Way too many Waltrips on the air!