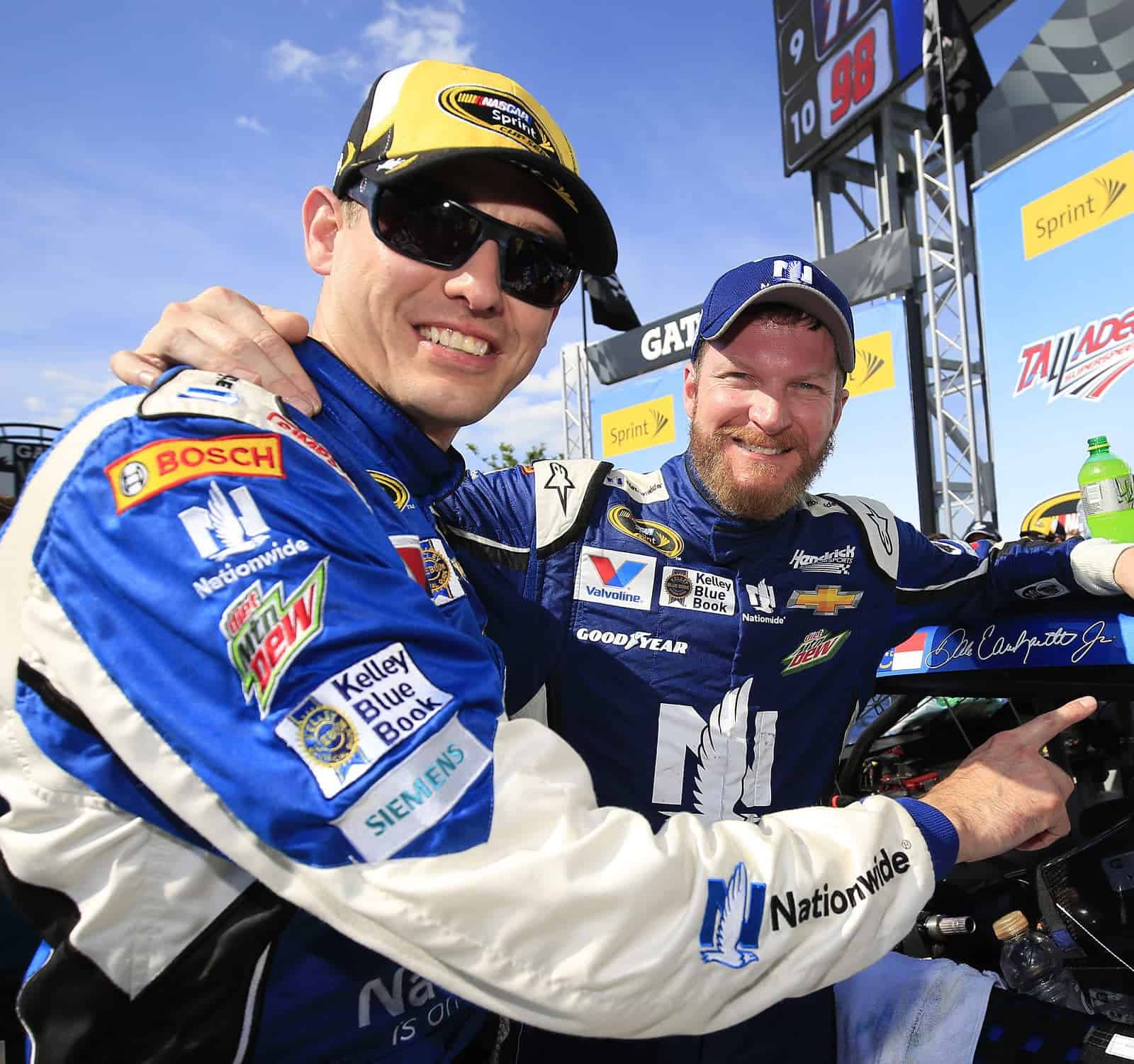 The NASCAR Hall of Fame announced its 2016 inductees this week in Charlotte, and the list was, perhaps, a touch different than others – one that included three Sprint Cup drivers, a modified driver, a track owner and promoter. Most were not particularly surprising. Bobby Isaac was the winningest champion not yet enshrined. Terry Labonte was the only driver with multiple championships who had yet to be honored. Jerry Cook has six titles and more than 300 wins in the modified division. Curtis Turner was a bit of an outlier; his personality certainly gained the interest of fans, but with just 17 wins and no titles, his inclusion will raise some interesting questions down the road when the discussion becomes about the worthiness of say, Dale Earnhardt Jr., who has comparable numbers.

Speedway Motorsports Inc. Owner O. Bruton Smith was perhaps the biggest surprise, because while he has done more than almost anyone to make the experience at the track a good one, Smith, whose tracks include Atlanta, Las Vegas, Texas, Bristol, Charlotte, Sonoma, Kentucky and New Hampshire, is also a polarizing figure. While there’s no doubt he has gone above and beyond to make sure fans have the best possible experience at the track, he was also instrumental in North Wilkesboro Speedway and Rockingham Speedway being removed from the Cup schedule. Still, as far as track owners go, Smith has made attending a race quite a spectacle.

Overall, though, perhaps it’s time to change up the voting for the Hall. In the first couple of years, five new inductees were needed. The Hall was brand-new and needed to build its membership. Now, however, maybe the time is right to change to a system more like the one that the Major League Baseball Hall of Fame uses, where only those nominees who get a certain percentage of votes are enshrined. That could be five people or one, depending on the year.

One thing that has yet to be done among Hall voters is to set a standard for wins, championships and other criteria that serve as a threshold for determining worthiness. In other sports, there seems to be an unwritten cutoff: this many home runs, that many rushing yards, so many points. There are, and always will be exceptions, but for the most part the bar for those who are selected as athletes are held to the highest possible standard.

The NASCAR voting panels haven’t really done that, and that opens up some questions. What makes a driver Hall-worthy? How many wins? Should anyone with a Cup-level title be voted in? What about wins? Is a 30-win career good enough? 20 wins? A handful of wins and a title? It’s been all over the place. In addition, it’s hard to judge the sport’s pioneers against today’s drivers. Everything was so different then, but numbers are numbers. Turner’s numbers are similar to those of Earnhardt Jr.’s… does that make Junior a future lock?

As the years go on, will the Hall of Fame become the Hall of Mediocrity? Surely 40 wins or more in the driver’s chosen series is worthy. How about 30 and at least one title? OK, I can live with that; otherwise we’d run out of worthy drivers pretty fast. But 20 wins? A dozen and a championship?

It can be argued that some of the sport’s pioneers deserve a spot with perhaps lower numbers because of their contributions to the growth and popularity of the sport. There are certainly eligible folks who merit a spot, and it’s not that most of those who have already been voted in don’t deserve their own spots. But it is something that bears watching as the years go on; a Hall of Fame is meant for a sport’s most elite. Is NASCAR’s living up to that, or is the bar slipping?

I’d hate to see arbitrary standards imposed. Take a driver like Davey Allison. 19 wins and no titles might not seem all that impressive if you just go by numbers scratched down on a sheet of paper. But that doesn’t take into account that the popular driver was the face of the sport for a lot of fans just as the boom years kicked off. He was a Ford fan’s equivalent to Dale Earnhardt. Allison never won a title but he was in the midst of a the best three way battle for one this sports ever seen back in 1992. Tragically he was prevented from ever claiming that title when he was killed the following year in a helicopter wreck at Talladega.

Naturally I’m partial to Tim Richmond. Off the top of my head I think he had 17 wins and while he battled Earnhardt and Waltrip for a title after an amazing run in the summer of 86 his season imploded late. Perhaps the fact Dale Earnhardt (and many other drivers) say Tim was the best driver they ever raced against counts for something? A good looking, talented, open wheel shoe from the Midwest back when almost all drivers were southern? Tim Richmond was Jeff Gordon back when Gordon still had training wheels on his bike. Ask Rick Hendrick why he picked Gordon and he’ll tell you he saw a lot of Tim in him. You didn’t but some people have said that inductees must be of high moral character citing Pete Rose’s exclusion from the MLB Hall. Folks if only people who never had premarital sex and have only had one partner (and never cheated on and divorced a spouse) can get in, shut out the lights and lock the doors. The Hall would be empty.

There’s already one driver in the Hall with just one win due to the extraordinary circumstances he had to compete in. Would you suggest he’s unworthy? You have to take into account the times and the competition. A lot of big name drivers from the 60s never ran full schedules in the quest for a title. They drove for Ford and Mopar factory teams and only entered the high profile events that got ink in the papers. Considering the deadly era they raced in they were all hall-worthy without a single title.

Standard! There’s a standard now? While I’m not a felon and never had the chance to close historic venues to line my own pockets I still think it would be a kick to be in the Hall of Fame. Who would I contact at NASCAR to see about buying my way in?
PS: I’d like a Chase waiver too while we’re at it.

Agreed Smoky drove innovation & design but probably did not make quite as many friends as some others (much tougher times between competitors then)
I would think the standard win-championship #’s should be thrown out the window. Entrance to the hall may be based on impact on the sport etc IE: Danica will probably(some day) be in without a win do to the female side & Jr well the sport needed him at a crucial time & he delivered on that without ever winning a championship. Davey Allison had his time cut short , but driving ability YOU BET! It’s very easy to pick based on win & championships (there just #’s) but what was done for the sport & had an effect on the continuation & future should always be in the equation.

I think you have forgotten that in 1960 Big Bill France banned Curtis Turner because he was trying to unionize the sport and was going broke building Charlotte Motor Speedway. Just think how many more years he could have racked up victories if he had not been banned by admittedly one of the biggest S.O.B.’s in sports. Let’s face it Bill France, Sr. was a dictatorial tyrant and for the matter so was Bill, Jr. I am not saying I like the direction Bryan has taken things, but think he has softened things from the family standpoint. Let’s also face something else, comparing NASCAR in their Hall of Fame is in no way comparable to any other stick and ball sport.