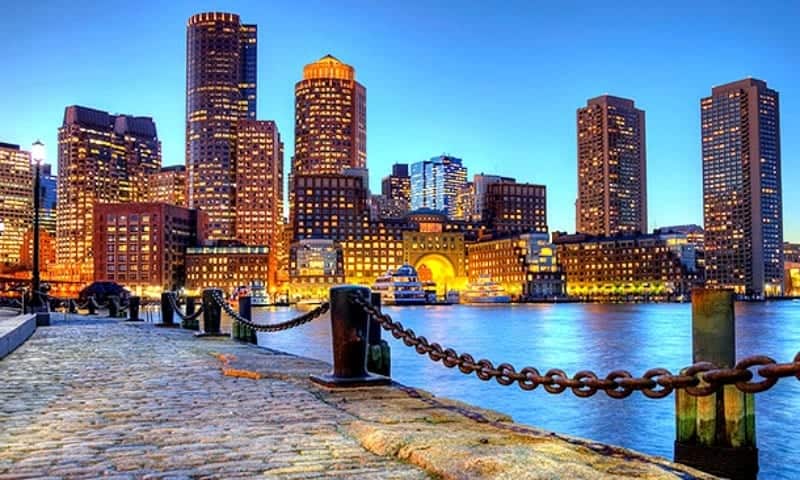 IndyCar is headed to Downtown Boston.

New for the 2016 season, the Grand Prix of Boston has been announced for Labor Day weekend and will be contested on the streets of the storied city using a 2.25-mile, 11-turn circuit within the Seaport District in the south end near the Boston Convention Center.

The promoters of the event say they have a five-year contract with IndyCar and series CEO Mark Miles says he intends for the event to become the traditional season-ender assuming no events are added later on the calendar.

The event marks the first time IndyCar has raced in the greater Boston area, a key market for the open-wheel tour. More so, Miles says the agreement was a way to blanket the entire continent with street course events, recently some of the most thrilling races on the schedule.

“When you think about particularly our street races, you go from Boston to St. Pete to Long Beach to Detroit to Toronto,” Miles said. “We’ve now really kind of blanketed the country. It’s a great part of our circuit, a great style of racing. To be in Boston kind of completes the geography of the strategy in developing the series.”

It appears they have an energetic and optimistic partner in Boston mayor Martin J. Walsh as well.

“This is an exciting time in Boston and as we explore new ways to grow and attract visitors here and we’re engaging in strong dialogue with organizations like the Grand Prix of Boston,” Walsh said. “This event has great potential to bring an influx of tourism and support our local businesses during what is traditionally a challenging holiday weekend for hospitality.

“I’m excited to begin this process and hear from our residents and business owners as we move forward.”

Defending series champion Will Power was the first driver to receive a full briefing on the circuit and he gave it his full approval, giving high marks to it’s long straights and apparent passing zone.

“I think street course racing is really awesome,” Power said. “It brings the racing to the people. Just the fact that you’re racing these super-fast cars with a lot of horsepower around the streets, I think people are going to love it.

“To have a race there on the East Coast I think is very important for the series. I think the city is right behind it. They’re talking about repaving it and all that. I think when you get that sort of support behind it, it’s always a successful event.

As a driver, I love going to new street courses because I usually win when I get to the first one (although) I don’t want to jinx myself.”