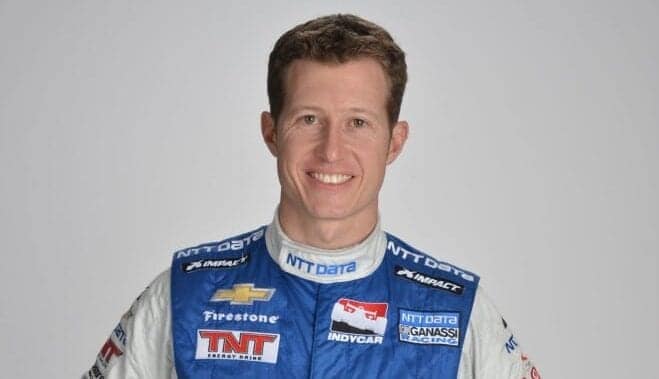 Subbing isn’t the way Ryan Briscoe imagined running his 10th Indianapolis 500. But now that he is here, named as the fill-in driver for the injured James Hinchcliffe there is only one thing left to do, and that’s win it.

Briscoe will make his 130th career IndyCar start on Sunday afternoon and has a solid resume in the “Greatest Spectacle of Racing” that includes winning the pole position for the 2012 running while finishing fifth in both 2007 and ’12.

Briscoe, 33, will replace Hinchcliffe after the affable Canadian was injured in a harrowing and violent crash on Monday at the storied speedway. He participated in a one-hour familiarization session on Thursday afternoon once the Indy Lights practice session came to a close and will participate in Carb Day activities on Friday.

Despite not having a ride in IndyCar for the 2015 season, Briscoe says he has watched every day of practice this month and didn’t think Hinchcliffe would be hurt based on the number of walkaways after three violent crashes earlier in the week.

“Then I started getting some phone calls Monday afternoon and heard he’d be out,” Briscoe said. “I started thinking about it. I didn’t hear from Sam until Tuesday. It went in and out all day Tuesday. I was at home in Connecticut just doing my everyday stuff. It’s hard.

“Obviously my first thoughts go to James. You never like to be a part of a situation like this. Best wishes are with him and his recovery.”

Briscoe first heard from team owner Sam Schmidt on Tuesday morning and flew to Indianapolis on Wednesday for a seat fitting and safety check in advance of his first laps on Thursday. Schmidt said that Briscoe was the best option available given his experience and IndyCar license.

As for the crashes, Briscoe also carried the narrative first established by Tony Kanaan on Monday and also said that the danger aspect has been media driven.

“Honestly this month from the outside, I’ve seen crashes, and the media has been putting quite a negative spin on it,” Briscoe said. “Not being here, you sort of feel the worse side of it.

“I talked to a few drivers about how they were feeling. That gave me a lot of comfort actually. Talked to [Scott] Dixon, [Dario] Franchitti, Helio [Castroneves] as well. Not too much has changed. You have to get mentally prepared.”

Despite his availability for the Indianapolis 500, Briscoe will not be a long-term option for the remainder of the season as he has a full slate of sports car races lined up, including the 24 Hours of Le Mans. A full-time replacement for Hinchcliffe is expected to be announced as early as Monday after the race.

Ultimately, Briscoe believes he can contend for the win even with the disadvantage of starting 32nd. Despite the new Indy aero kits, this car is still the same one he has driven for the past three years, even if it wasn’t the most ideal situation.

“With a few laps today, and Carb Day with the other competitors, I will be able to find my groove again,” he said. “We have high expectations. It won’t stop us from having our best shot. This team is very experienced from top to bottom. That makes me comfortable. This team has had a lot of success. Sam knows everything there is to know about this place.

“I’ve been made as comfortable as I could be in this situation.”