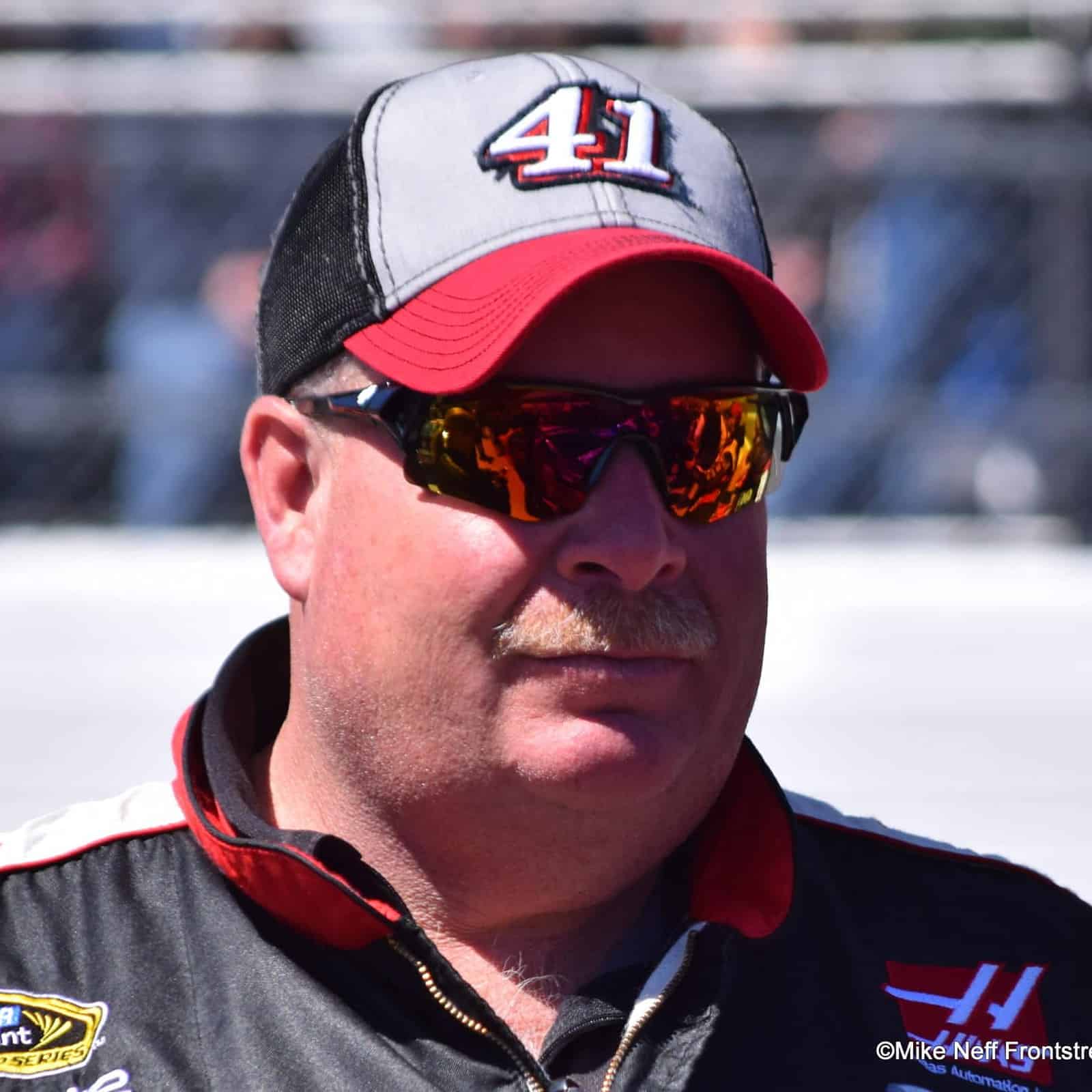 Tony Gibson put another car on the track that was in contention to win on Saturday night. The late-race restart caused the No. 41 to slip back into the pack and that eliminated their shot at a win. Gibson’s pit crew ripped off four pit stops under 11 seconds during the race. They are now turning their attention to the 600 and Gibson feels they will have a shot at the win.

This week in Tech Talk he touches base on the challenges of the restarts on the outside. He also talks about the pavement lasting so long after a repave, how lean the engines are run during the All-Star race, multi-zone tires and fuel mileage. NASCAR’s longest race is a test of man and machine, and also a test of computers and calculators. The strategy aspect of the sport will be on full display Sunday evening.

Mike Neff, Frontstretch – Last time you were on the track was the All-Star Race. It didn’t turn out the way you wanted with a win but everyone knew you were there. How did you feel about your night?

Tony Gibson – We and the No. 4 had the two best cars for sure. Both of us were able to come through traffic pretty fast there at the beginning. I felt like we had a car to win the race. We got snookered on the restart there at the end but felt like we were there with a chance.

Neff – You came through traffic well but making that final pass to get to the front seemed extremely hard. Is it a product of multiple factors or is the primary reason the fact that we are running at night and the grip levels are so high?

Gibson – It is mostly because there is a lot of grip. Most of these mile-and-a-half tracks that have the pavement like Charlotte, like Kansas and Michigan and places like that have really high grip levels. The speeds are up and when the speeds are up it is really hard to pass. So it is a product of the style of pavement and these harder tires.

Neff – Heading into the 600, the track was repaved in 2005. It doesn’t seem as though it has aged much. Is the compound they used resisting the aging process, or it the technology of the paving process advanced to a point where the surface doesn’t wear out?

Gibson – I think it is just the ingredients that they are putting in the pavement. All of these tracks like Michigan, that they have paved with this new style of pavement just don’t seem to wear out like they used to. They keep the grip, although I’m sure eventually it will wear out. With these harder tires and the new style of pavement, the track just doesn’t wear out. There isn’t anything pulling the grip out of the track. It is mainly just the asphalt.

Neff – At the end of the All-Star Race, as you mentioned, when you are running at speed you go by the start/finish line right by the wall. However, on restarts that is not the place to be. Is it due to the rubber built up on the track causing the car not to grip or is there something else at play that is making the outside lane the undesirable location to restart?

Gibson – I think, where they are restarting, you are dealing with the paint at the start/finish line. There is a 20-yard or so area of paint on the track with the emblems and all. Plus, most cars run down from the wall, closer to the grass, when they run. Most of that paint is worn out at the bottom, not up at the top. There is less grip up there thanks to the lack of rubber and that paint.

Neff – We have the multi-zone tire now in use at Charlotte. Are the characteristics of the tire similar to what we had before or are you having to rewrite your notes because of a totally different handling characteristic?

Gibson – It is a little different. You have to change up the process a little bit from the car side of it. There are two different tread compounds. You want to work in that sweet spot as long as you can. It is just a matter of a camber adjustment, it isn’t anything big, it is a small adjustment. The construction of the tire keeps the inside shoulder cooler so that it lasts longer. It is a small change.

Neff – The 600 can come down to a fuel mileage race for sure. With the tapered spacer reducing the horsepower the mileage is different. Are you working with and paying more attention to the new fuel mileage to make sure you are on top of it for the 600?

Gibson – It definitely is. The speeds will be down a little bit from what they were the other day so the mileage will be a little better. For the All-Star Race the engines are put on kill. We run them really hot and we dump a ton of fuel into them so we can tape them up. We won’t have all of that going on so the mileage will be a little better. We also will spend a lot of time on older tires than we did the other night so that will save fuel too. It will be better than it was the other night for sure.

Neff – We saw Denny Hamlin‘s pit crew rip off a 10.4-second pit stop on Saturday night to secure the win for him. It was a 10-lap dash, so you didn’t have to tighten more than three lugnuts. DJ Copp told us a year or so ago that the current technology would allow for a 10-second flat stop if everything went perfectly. With the new rule that doesn’t police lugnuts, are we pushing closer to that 10-flat stop since they only have to tighten three or four nuts?

Gibson – Absolutely, our average stops the other night were all under 11 seconds. We had 10.8s and 10.7s. Our last stop was a 10.72, so they beat us by a bit, but he had the end pit box so he only had to move across the line too. A quick stop was a lot of it, but the end pit stall made a difference too. Our average for the whole night was 10.8 seconds. When you aren’t fueling and pulling tires you can do that. It won’t be that fast on Sunday because a lot of guys weren’t changing tires. Not pulling left or right sides, that is where the speed comes from. When you are pulling right- and left-side tires it won’t be as quick. If it comes down to the end and you don’t need fuel and you just need a couple of tires you can be quick. If you are doing four tires and two cans of fuel, you won’t see that kind of speed.

Neff – You mention the end pit stall and the fact that Denny only had to roll for six or eight feet. Would you like to see NASCAR move the timing line out further so the person in the first stall had to get up to pit road speed like everyone else?

Gibson – If they do anything I think they should move it down to the pit-out line. Move that camera and the timing line down to there and it will be the same for everyone. That just seems fairer. Right now you just have to launch. That is what saved Denny the other night. Everyone had a 10-second stop, but all he had to do was move 6-10 feet. You can basically leave it in first gear and beat four or five guys just by doing that.

Neff – For several years, after the repave, the line was around the bottom of the track. A few years ago people started venturing up the track in turns 3 and 4, but no one was getting off of the bottom in one and two. Last year Kyle Larson went up there in 1 and 2, and now we’re seeing more drivers move up there and make up some time. Is that just because no one tried it or is the grip actually starting to go away a little bit?

Gibson – It is just the grip level of the racetrack. You’ll see it Sunday. Guys will run 40 or 50 laps on fuel and tires and the grip will go away on the bottom. Guys will move up late in the run and it will be a totally different race on Sunday. You’ll see guys on the top on both ends the longer you run on tires.

Neff – They tore down the Diamond Tower on the back straight at Charlotte. You no longer have that windbreak or sun block or whatever you want to call it. Does that structure missing make a difference to how the track reacts?

Gibson – I believe so. I think that is why [turns] 3 and 4 seemed better on Saturday. They took all of that down and the way the wind comes across and cools down the track makes a big difference. It also increases the wind hitting the cars on the back straight.