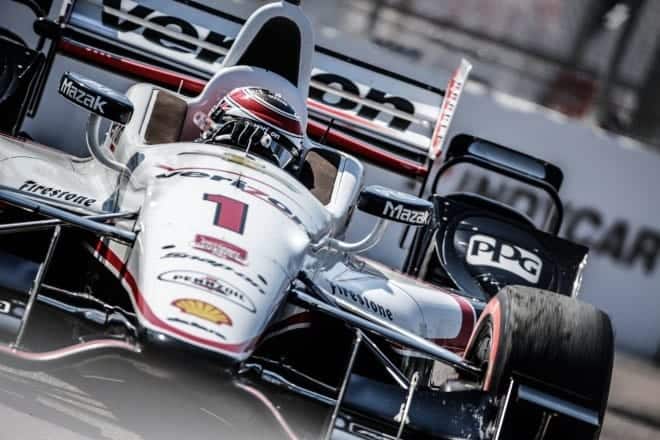 For everything that the Verizon IndyCar Series has been through over the years, it’s crown jewel, the Indianapolis 500, still stands tall as the most prestigious and well-known auto-racing event in the world.  This Sunday, for the 99th time, the Indianapolis 500 will be contested in front of a crowd estimated to be 250,000-plus strong. It is a race that needs no introduction. As we all say, “it’s Indy.”

Perhaps the most famous track in auto racing, Indianapolis Motor Speedway was built in 1909 and staged its first Indianapolis 500 in 1911. Since then, the track has accrued more history and tradition than any other circuit in the world. At 2.5 miles, it is tied as the longest oval on the circuit, and its four famous corners each are taken wide-open, making Indianapolis the most treacherous track in IndyCar.

Juan Pablo Montoya has a slim five-point lead in the driver standings over teammate Will Power. Only 13 points behind them sits the third Penske teammate, Helio Castroneves. The first non-Penske driver in the standings, Dixon, clocks in at the fourth position, 27 points out of the lead. Rounding out the top five is Graham Rahal, who is having perhaps the best season of his IndyCar career.

Due to early season penalties, Chevrolet is sitting 105 points behind Honda, who has a 441-336 advantage over the bowtie brigade.

After so many years of coming close to winning this race, Marco Andretti is your driver to watch this weekend. Of drivers who have not won the Indianapolis 500 in the past three years, Andretti has led the most laps. He nearly won the race in his first start in 2006, as a 19-year-old. The man is simply due at this point, and he appears to have the car to pull it off.

IndyCar announced this week that the city of Boston would be the host of the 2016 IndyCar finale. The circuit would be an entirely new street circuit that has never seen any auto racing of any kind. The move is part of IndyCar’s growing initiative to expand to new, non-traditional markets.

As stated earlier, I’m taking Andretti this week. Huston Ladner has decided to draft Power, while Toni Montgomery is going with Tony Kanaan. The race will be carried live by ABC on Sunday, May 24th, at 12:00 p.m. ET. The race will also be carried on Sirius/XM Radio Channel 212.