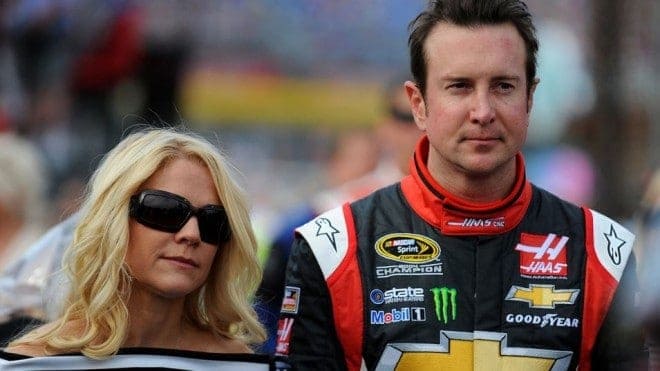 It has been approximately three months since a Delaware judge made a ruling in Patricia Driscoll’s domestic abuse case against NASCAR Sprint Cup Series driver Kurt Busch. Following a three-week suspension by NASCAR, Busch returned to the track at Phoenix. But just as his name was seemingly detached from Driscoll’s, a new investigation has opened up from ESPN’s Outside the Lines.

Driscoll has served as the president of the non-profit Armed Forces Foundation for several years. According the report from ESPN, she has multiple incidents of misusing money donated to the organization. The AFF has heavily supported Busch, among other star athletes across America.

The Outside the Lines report states the following:

• Documents show the Armed Forces Foundation has, in effect, been repeatedly used as a bank to lend money for or pay various personal expenses, including bills for a private company Driscoll owns. In one example, the foundation credit card was used to pay a bill that included what appear to be Driscoll’s personal state and federal taxes. In another, the foundation was effectively used as a lender, advancing money for Busch to buy $22,438 in Moroccan rugs.

• The nonprofit’s federal tax filings and audit reports in some instances fail to match, resulting in unexplained discrepancies about the amount of cash on hand, the mismatches totaling in the hundreds of thousands of dollars.

• Until May 4, the foundation paid Driscoll and another person $96,000 in annual rent for its headquarters – a building they co-owned – which is operating in apparent violation of Washington residency guidelines. This month, Driscoll’s partner sold his half-share of the building to the foundation for more than $600,000.

• The foundation claims it spends 95 cents of every dollar raised on directly supporting service members and their families, but analysis of documents shows the figure is closer to 72 cents.

Driscoll is aware of the allegations, according to the report, and is also alleged of using her son’s travel as a write-off from the foundation.

Not jumping on the bandwagon, but if this is true…damn girl..you got some nerve and a very big shame on you! I heard she is a person that sue’s anybody for looking at her crossed-eyed. Maybe a lawsuit against herself in the future is in order.

How interesting that she may not have lived a perfect life either.