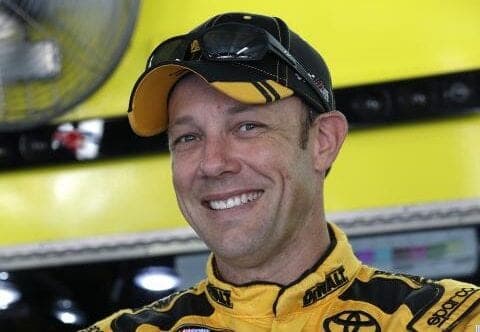 As the sun set on Charlotte Motor Speedway, the NASCAR Sprint Cup Series hit the track for qualifying in preparation of the sport’s longest race.

Matt Kenseth took the top position during the final round of qualifying with a time of 27.799 seconds (194.252 mph), which has earned him the Coors Light Pole Award for the second time this season and his first for the Coca-Cola 600. Starting out front for Joe Gibbs Racing, Kenseth will lead the field to the green flag for the 15th time in his NASCAR Sprint Cup Series career.

The 43-year-old Wisconsin native’s lone front-row start at Charlotte prior to this weekend was in 2009, when he was still with Roush Fenway Racing. In 31 starts at Charlotte, he has a pair of victories and an average finish of 13.6.

Starting alongside the 2003 Cup Series champ will be Daytona 500 winner Joey Logano, who was slightly more than two tenths of a second off Kenseth’s time. The Team Penske driver has four poles on the year, and will start on the front row for the seventh time in 12 races this season.

Carl Edwards, Greg Biffle and Denny Hamlin rounded out the top five in qualifying. Edwards tied his best qualifying position since he joined JGR, and Biffle will start in the top five for the first time since Texas in April of last season.

After Kasey Kahne had a flat tire during the first round of qualifying, he will start 33rd on Sunday evening. Meanwhile, the rest of Hendrick Motorsports failed to reach the final session on Thursday evening. Jimmie Johnson will start 13th, which is the best of out of the team’s stable.

Kyle Busch, who is running his first points race since coming back from multiple leg injuries, will start 17th for the 600-mile spectacle. He will have Erik Jones on the sidelines in case he needs to get out of the car due to discomfort.

Jeb Burton, Travis Kvapil, Mike Bliss, Jeff Green and Brendan Gaughan missed the Coca-Cola 600. There were 48 cars on the entry list, which is the most in the Cup Series since the Daytona 500.