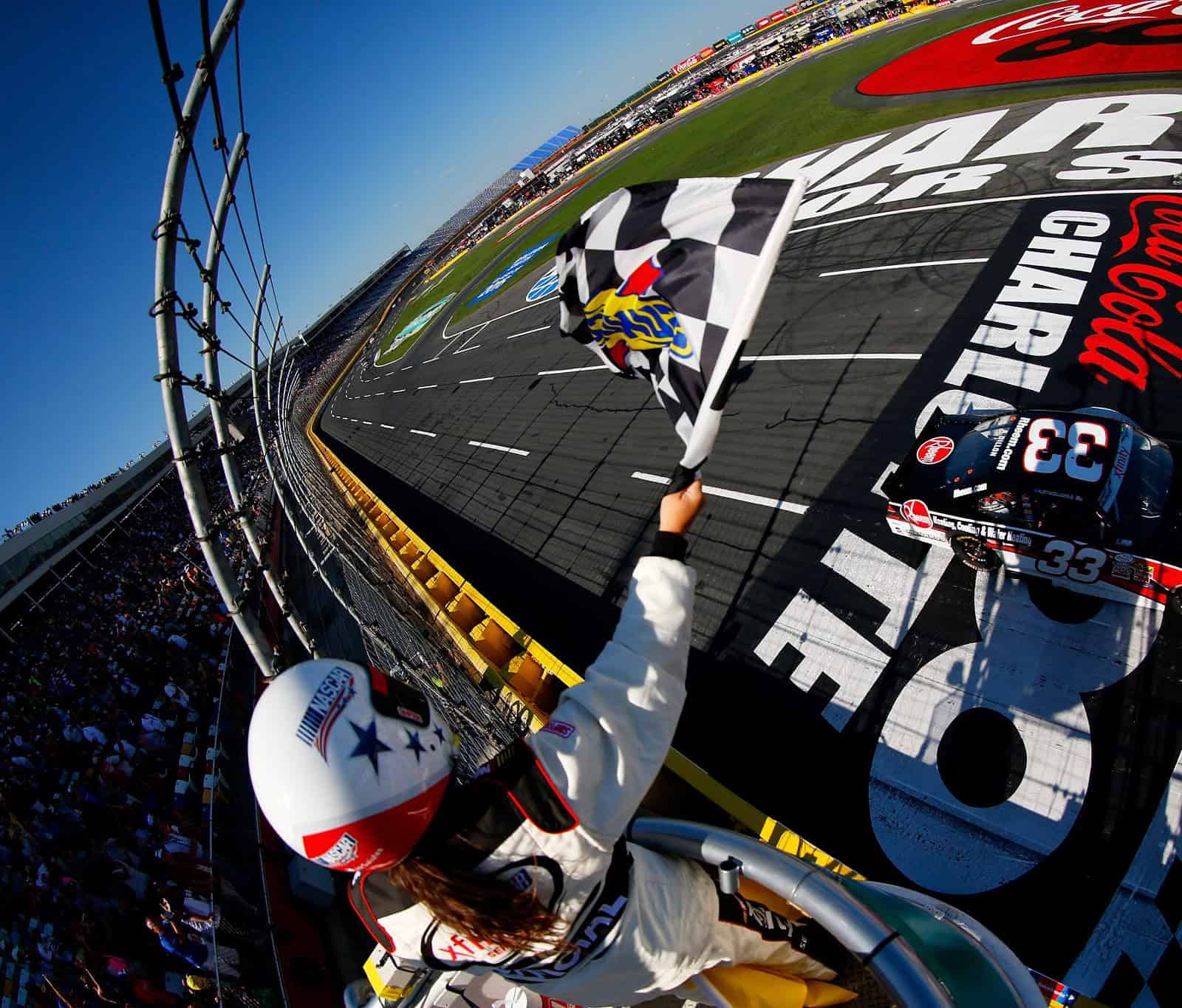 Dillon qualified on the pole for the 300-mile race and rarely relinquished the top spot throughout the race, leading 160 of 200 laps, but after the final restart of the day with 34 laps to go, Denny Hamlin, Kasey Kahne and Regan Smith all passed Dillon. Dirty air was not enough to stop Dillon, as it took him 19 laps to get to Hamlin and pass him for the race lead, pulling out to a 2.692-second lead for his fourth career NXS victory.

Hamlin, in his final scheduled start in the No. 54 car, finished second after leading 19 laps late in the race. JR Motorsports drivers Kahne and Smith finished third and fourth, and rookie Darrell Wallace Jr. finished fifth. Daniel Suarez ended the race in sixth after qualifying 19th, Ty Dillon finished seventh and gained ground on Chris Buescher in the points standings. Buescher finished 11th behind Chase Elliott in eighth, Elliott Sadler in ninth and Ryan Blaney in 10th. Buescher’s 11th place finish keeps him in the points lead, with a four-point advantage over Dillon.

The race featured very few incidents, slowed only three times for cautions. The first came on lap 48 when Jamie Dick blew an engine and hit the wall. The second caution on lap 109 was for debris from Brendan Gaughan‘s Chevrolet. The final caution with 42 laps to go was for Kyle Fowler, who hit the wall with 42 laps remaining. That caution, which put Kevin Harvick, Erik Jones and Brian Scott off the lead lap, hurt their chances at good finishes. Harvick could only rebound to finish 14th, with Jones behind him in 15th. Scott finished 20th, one lap down.