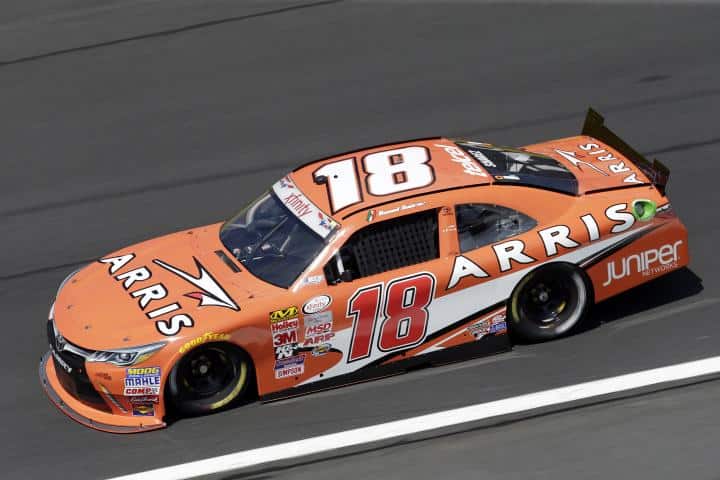 $100,000 can go a long way in the NASCAR Xfinity Series. It is a chance for teams to gain some additional resources, which can boost performance by a handful of positions heading down the road.

Following the Hisense 300 at Charlotte, four drivers have earned the opportunity to earn that $100 thousand bonus at Dover International Speedway. The Xfinity Series has carried on the Dash 4 Cash program, which enables full-time drivers a chance to not only receive a cash bonus, but an opportunity for more exposure.

Regan Smith, Darrell Wallace Jr., Daniel Suarez and Ty Dillon will be racing for the prize at Dover next weekend, and are looking to capitalize on what could be a major momentum swing after the 12th race of the year. Each of the drivers finished inside the top seven on Saturday afternoon at Charlotte, which took reigning champion Chase Elliott out of the equation, along with Elliott Sadler and points leader Chris Buescher.

“It would be nice if they paid for the pole there because I’m pretty good at qualifying there,” Wallace said during a post-race press conference. “I haven’t got the finishes I wanted, but I’m excited to be in the Xfinity Series and part of the Dash 4 Cash Series, so I’m glad to be one of the four. We just have to keep playing it smart and put ourselves in that position next week to come out on top. It was a good run for us today, though. Our Cheez-It Ford Mustang had a little bit, but the [No.] 33 car had us all covered. We were a top-three car, but just need some work done.”

Of the four drivers, Smith has the most experience at the one-mile oval with 10 starts. However, he has an average finish of 18.1, with only three top 10s. Wallace recorded a victory at Dover in the K&N Pro Series East in 2011, but finished 10th and 16th in his pair of Camping World Truck Series starts at the short track.

Suarez, who has come on strong as of late in his rookie year for Joe Gibbs Racing, has two starts at Dover in the Pro Series, with a best result of sixth in 2013. Dillon has experienced the most success at Dover in the Xfinity Series, with an average finish of 12.2 in four starts, and leaves Charlotte just four points behind Buescher for the championship lead.

For the first time, Dover is hosting a Dash 4 Cash event. Usually, the program consists of a handful of standalone events, along with a pair of combination races with the Cup Series. However, with Xfinity hosting it for the first time, the program will leave Dover and head to Indianapolis at the end of July, followed by Bristol in August and Darlington in September. If one of the four drivers wins each of the Dash for Cash events, they can win a total of $1 million, which is approximately 1/6th of what it costs to fund a top-tier team for the entire year.