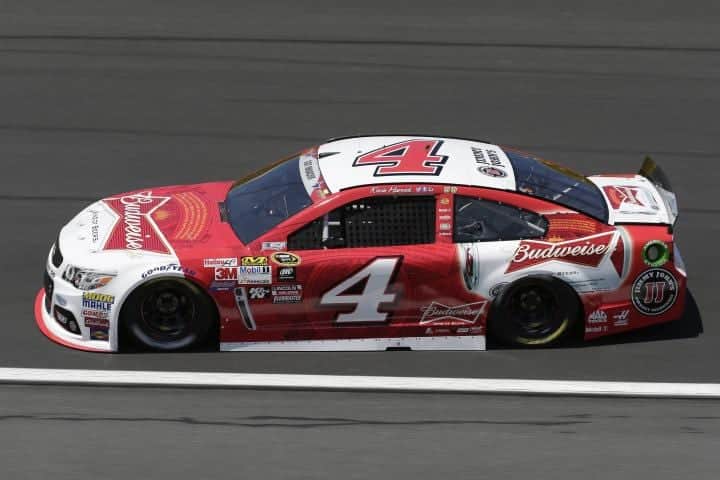 Normally, I would be writing a column about what happened during the Coca-Cola 600 and any issues that may have occurred in the race… but not this week. After the response to last week’s column, it seems appropriate to point a few things out about incredible racing people remember from decades ago.

Let’s start off with the 1965 Southern 500 at Darlington Raceway and the incredible finish that occurred that day. In fact, it was a finish that would go down in the record books, a record that still stands today. Surely, you diehard NASCAR fans who think today’s racing is something the dog leaves behind in the yard remember this race. You could probably clock the margin of victory with a sundial.

Something leads me to believe the only side-by-side racing that happened on the track was when Ned Jarrett lapped the field repeatedly. Oh wait, he finished 14 laps ahead of Buck Baker and 19 laps ahead of third- and fourth-place finishers, Darel Dieringer and Roy Mayne, respectively.

How do you think Dieringer felt when he was looking back over his career and realized that his best-ever finish in NASCAR was third – and he was 19 laps down? Likewise, Mayne’s best career finish was his fourth-place run at Darlington when he was also a spirit-crushing 19 laps down.

And, surely people remember the Dura Lube 300? What? Don’t the diehard fans that took me to the woodshed last week, accusing me of imbibing the NASCAR Kool-Aid, remember the most exciting race of all time or, at least, in 2000? The only driver to slip and slide his way into the lead was Jeff Burton and he stayed there for 300 riveting laps. Bobby Labonte, who ran second, probably got tired of looking at Burton’s posterior for more than three hours.

Said one media center reporter looking over this column before it was published, “that was one of the worst races of all time.”

Since I’ve brought up the most extreme situations I could find in the 35 seconds I spent perusing the Internet, let’s get back to reality and partake in a physics lesson. The lesson is simple. The car in front has always and will always have an advantage.

There is your physics lesson for the day.

Don’t ask me to explain it. I can’t. I’m not a physics major, just a smartass with a column and a website to type it on.

Of course, you don’t have to take my word for it that the car up front has an advantage. Here’s what defending Sprint Cup Series champion Kevin Harvick had to say:

“Wait a second. Let’s clarify the aero-push,” Harvick said, when asked about aerodynamics and aero-push being the reason he was unable to pass Denny Hamlin for the lead. “Does anybody watch Formula 1? It’s been there for years. It’s in Indy cars. It’s in racing (laughter). If you run behind one of your colleagues in this room (media center), you’re going to have an aero push. It’s never going to get fixed.

“It’s always going to exist in racing. It’s never going to not exist. Your car is never going to run as fast behind another car as it does by itself. It’s just impossible. It’s just absolutely impossible. And I think these cars, over the last 20 years, have become more sensitive in aero-push. I just think in the ’70s and ’80s it was probably there; they just didn’t know.”

Not convinced? Harvick continued to address the question and took the burden upon himself for not getting past Hamlin.

“I could make my car run fast behind other cars last week, but it’s just a totally different way of driving the car when you’re behind somebody than it is when you’re driving by yourself,” Harvick said. “Denny made a good move and he kind of caught me off-guard. I felt like I had options to run all the way up against the wall or I could run on the bottom. I could maneuver my car. It’s just that he kind of caught me off-guard at the right time and I was committed to the middle.”

BOOM! goes the dynamite. Harvick just admitted he got caught off-guard. Even with aero-push from the lead car, he felt like he could pass, including Hamlin.

It was said last week and it will be said again. NASCAR is the best form of auto racing out there. And aside from F1, which is on the worldwide stage, it has more fans. That being said, it’s not perfect and no one ever said it was. There are some things that need to be fixed and NASCAR is working on it. But one has to wonder if some of the blame doesn’t rest on the drivers’ shoulders. Back in the day, the cars handled like a dump truck and the drivers muscled them into Victory Lane. Now, the drivers would love it if their cars had auto-pilot, sucked down on the track and handled like a Rolls Royce on a freshly paved country road.

For me, the racing is pretty damn good most of the time. Then again, according to all of you “experts” I’m just a guy who writes poorly, drinks NASCAR Kool-Aid, and has only been watching races from my couch for six weeks.