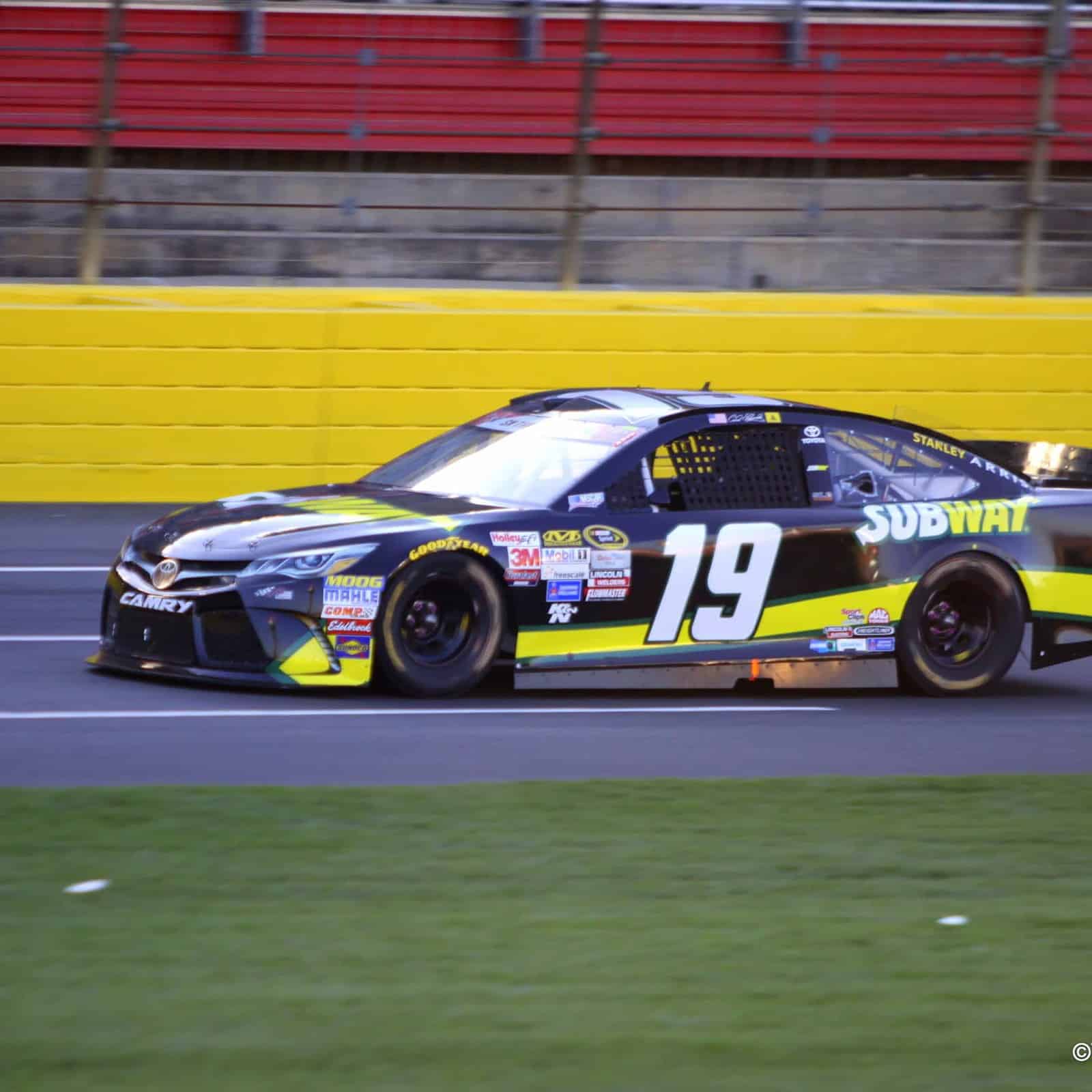 Since Sunday was such a great day for auto racing fans, I’m going to bounce around between series a bit for just this week. So here goes:

First, you have to give kudos to Carl Edwards and crew chief Darian Grubb for their win in NASCAR’s 600-miler at Charlotte Sunday night. Grubb, knowing the No. 19 Toyota wasn’t fast enough to win on speed on that particular night, turned it into a fuel-mileage race and the experienced Edwards made it work. And you have to like what Edwards did afterwards. No, not just his traditional victory backflip, but after getting out of his car and grabbing the checkered flag, he went up into the stands and gave high fives to several fans there. It was a great gesture by Edwards and a great win for the Gibbs team that has struggled at the non-short track races this year.

You watch the Indy 500 and  think, ‘wow, what a great race.’ There was a lot of passing for the lead with as many as four drivers having a shot at the win going into the final five laps. It was also a reminder that while Juan Pablo Montoya had his issues driving a NASCAR Sprint Cup car, he certainly does know how to handle the Indy cars. It was a race well worth watching, it’s just a shame that IndyCar can’t duplicate that kind of excitement at other tracks.

And a big thumbs up to NASCAR and IndyCar on Memorial Day weekend for the many ways they honored those serving and those who have served in the military.

Even if you are not a big Martin Truex Jr. fan, you’ve got feel a little bad for him after the way he has run the past two races and still not won. Truex, Jr. had the best car on the track at Charlotte on Sunday. He led a race-high 131 laps, but wasn’t in position to try and stretch the fuel like Edwards and some others Sunday night. That left him with an otherwise nice fifth-place finish, but still not holding the trophy at the end of the night. What Truex and his single-car team have done has been pretty remarkable this year, with 11 top-10 finishes in 12 races. The win is the only thing missing and the tell tale signs say one is coming pretty soon, maybe as early as this week at Dover, for the No. 78 team.

Much like Truex, Kurt Busch had the other dominant car for much of the race Sunday night. He led 118 laps and looked to have the car to beat for much of the first half of the race. But the No. 41 team couldn’t quite keep up with the track changes once the darkness settled in and made the track a bit faster. But unlike Truex, Busch already has a win this year, so he’s in good shape to make the Chase.

And finally, too, it was good to see the other Busch, Kyle, back in action. Sure, there are some Kyle Busch haters out there, but it just seemed right to have him back on the track. He finished a respectable 11th too. Now he just needs to get a win and into the top 30 in points to make the Chase. For the record, he’s 169 points behind 30th-place Tony Stewart (yes, that Tony Stewart).

It’s true that Denny Hamlin is in the Chase with a win at Martinsville this year, but it seems he’s always got some type of physical issue going on. It would be understandable if it involved his back, but that hasn’t been this case. The latest was a bout of dehydration late in the 600-miler Sunday night. Now, it could have been caused in part by an exhaust problem, as Hamlin appears to be a good physical shape. He still managed to finish eighth, so it was a solid run. But you just have to wonder if that finish could have been better had Hamlin been feeling 100%.

Aric Almirola continued the most remarkable yet in some ways, remarkable season of 2015. He is the only driver in the top 26 in points without a top-10 finish this season. Yet, after finishing one lap down in 17th place Sunday night, he still sits 12th in points and in the Chase with a three-point lead over 16th-place Paul Menard and a 43-point lead over 17th-place Clint Bowyer.

Two drivers (a veteran and a second-year guy) that many thought would be regular challengers for wins and regular finishers in at least the top 15 are three-time champion Stewart and last year’s Rookie of the Year Kyle Larson. But as of now, Larson sits 22nd in points and Stewart in 30th. So, just how does this happen to drivers whom many consider two of the more talented drivers? Well, here’s one theory. A couple of weeks ago, Stewart mentioned that due to the new aerodynamic package that the Sprint Cup cars have this year, for him, it’s almost like learning how to race all over again. In fact, Stewart refused to put any blame on crew chief Chad Johnston for his run of poor finishes. With Stewart’s and Larson’s backgrounds both having been on dirt tracks and there driving styles having been so similar, maybe they are each going through an adjustment period here. Hard to say if it’s true or not, but maybe there is something to it.

Last and least, I have to mention the finish of the Formula 1 race in Monaco. Lewis Hamilton was leading by 25 seconds when he was called into the pits with 14 laps to go. Those follow the leader type of races aren’t uncommon in that series. But when Hamilton was called into the pits to get new tires, and his teammate Nico Rosberg, who happened to be running second, was not, well, there are kinds of red flags on that. For the record, Mercedes team officials say it was just a miscalculation on their part, saying they thought Hamilton had enough time to pit and still have the lead when he returned to the track. Not only was Hamilton not leading when came back out, he was in third. Just another example of the F1 clowns at their best.