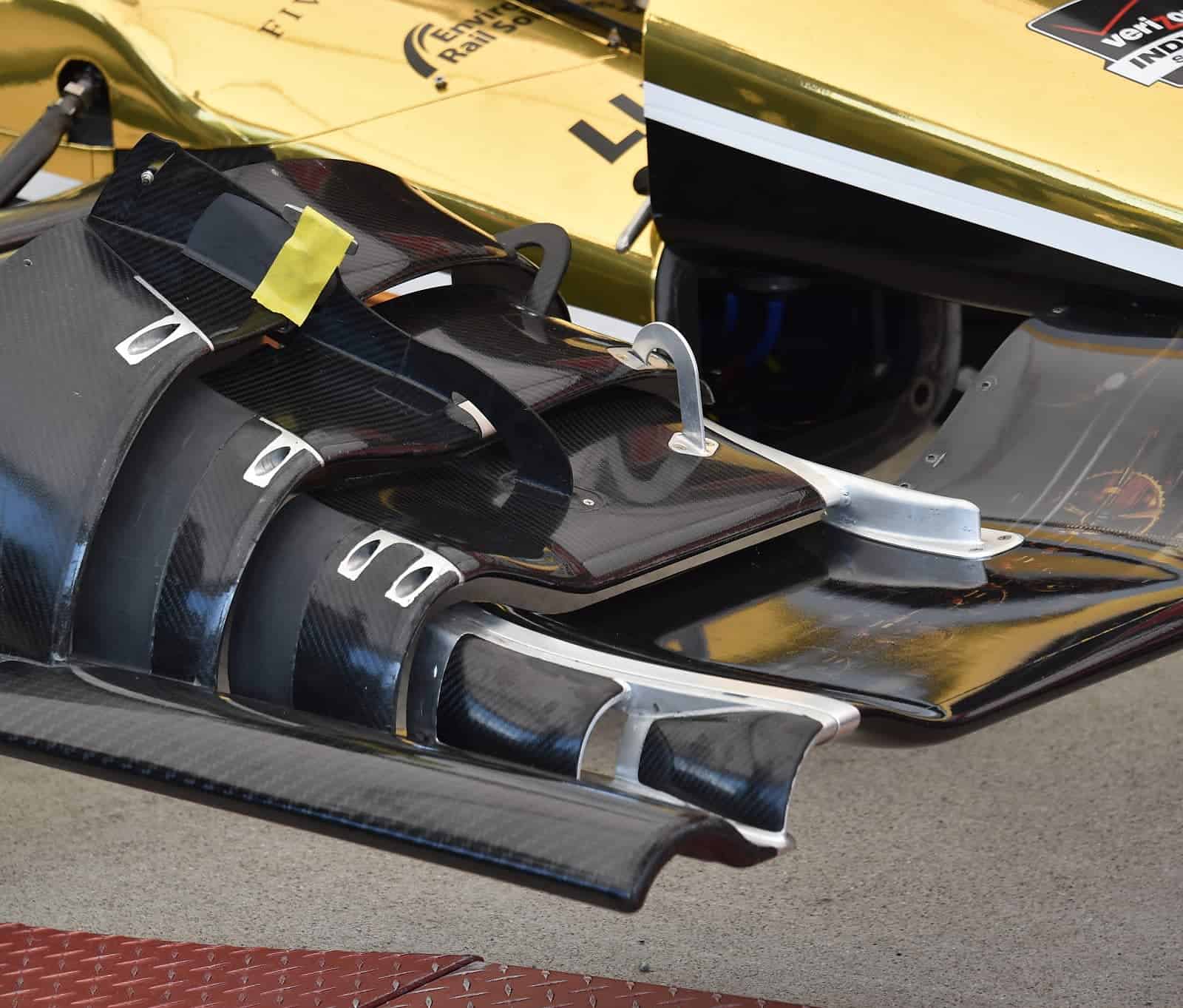 IndyCar has approved or otherwise mandated several changes to the road and street course aero kits for both Chevrolet and Honda in advance of the Dual in Detroit doubleheader this weekend at Belle Isle Raceway.

The league has ordered Honda to remove the outer vertical wall of its front-wing assembly end fence, attached flaps and strakes.

IndyCar Vice President of Technology Will Phillips said in a press release that the changes were intended to stabilize the Honda car and that the alterations were met with approval from the manufacturer and teams.

“We’ve been very cautious of any change that would make the car a challenge to drive and spoke with the manufacturer beforehand to make sure that wasn’t the case,” Phillips said. “The manufacturer understood our motivation and supported this action.”

Honda teams have also installed a patch where the vertical wall had been attached to the front-wing assembly. Phillips said the changes will not significantly impact the balance of the chassis.

For this weekend, Chevrolet has introduced a winglet on the top of each sidepod to increase downforce, a device that should increase the performance of the car that has already dominated twisties this season to the tune of four victories in five races.

“You pick and choose your homologated optional components depending on their efficiency for a specific track,” Phillips said of the change for this weekend. “Chevy deems this track is right for this part.”