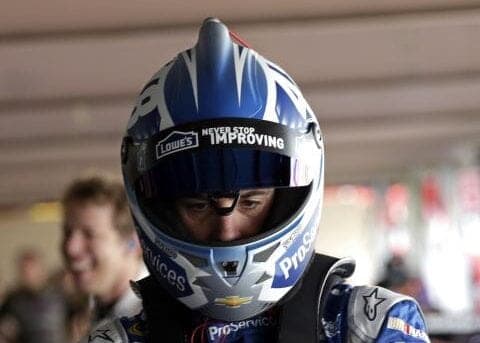 The Hendrick Motorsports team received a written warning during the Sprint All-Star Race in Charlotte when a pit crew member tampered with the side-skirt late in the event. A week later, during the Coca-Cola 600, Johnson’s car was issued a warning during pre-qualifying inspection, which garnered an automatic P1 penalty – the lowest on NASCAR’s six-tier penalty system. Justin Allgaier and Jamie McMurray also received infractions earlier in the week, with Allgaier’s penalty identical to Johnson’s.

“My qualifying record of late hasn’t been so stellar,” Johnson said in a press conference at Dover. “We won’t know the implication of that until after qualifying. We definitely don’t agree with what has happened and getting the letters. That is why the appeal has taken place. I look forward to the appeal process running its course and respect it. I certainly hope for a different outcome.”

Through 12 races, Johnson leads the NASCAR Sprint Cup Series with three victories and has seven top-five results, which is tied for second behind Kevin Harvick (eight). At Dover, he has earned nine victories in 26 starts, a NASCAR record. If Johnson snags another one this weekend, he would become the fifth driver with 10 wins or more at a single track – joining Richard Petty (five tracks), Dale Earnhardt (Talladega), Darrell Waltrip (three tracks) and David Pearson (Darlington).

Until a decision is made in the appeals process, Johnson will not have to lose his pit stall selection in any event.

..yes and no doubt after the appeal this whole “unpleasant” mess will be swept under the rug, no penalties and a big “I’m sorry this won’t happen again” from King Brian to the NASCAR Lord Rick H!