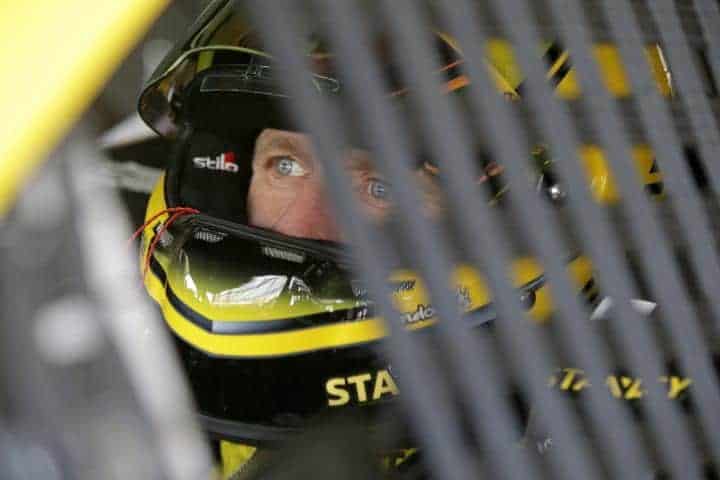 Carl Edwards would happily compare Sunday’s Coca-Cola 600 victory at Charlotte Motor Speedway to the weight of a gorilla lifting off his back. The Sprint Cup Series veteran can now say he is virtually locked into the 2015 Chase for the championship with Joe Gibbs Racing and can have fun racing instead of scrambling for points.

“The win was a shock,” said Edwards during a press conference Friday at Dover International Speedway. “It took about 24 hours for me to really realize ‘Hey, we can go to Dover and hang it out and have some fun and we don’t have to worry about everything.’ We get to go to all these tracks that I really love like Sonoma and Watkins Glen [and not worry about points].”

Indeed, the pressure of being winless is something one would be delighted to avoid; Edwards was part of a cluster of drivers battling for the last Chase spot on points. However, should Edwards and the No. 19 team really be worry-free with only one top-10 finish before last Sunday’s win, a victory that was based on strategy? Even after the victory, Edwards is only 16th in points and has an average finish of 18.8.

Leading 142 laps through 12 races, the 35-year-old has already eclipsed the laps led in all of 2014. However, Edwards also had seven top 10s, three top fives and a race win by this time last year.

“We ran pretty well at Atlanta and Vegas, Bristol, Martinsville,” said Edwards in his defense. “Talladega, we probably would’ve had a top five there.”

To put it simply: They are running well enough, they are just not finishing well enough. Having solid runs is the first step to contending for wins, but as Edwards later said, “The proof is in the results and we haven’t those.”

That trend needs to change when facing a 10-race battle with 16 of the best drivers and teams of the season. Drivers like Kevin Harvick, Martin Truex Jr. and Jimmie Johnson have had virtually no issues charging to the lead and stating their dominant presence while Edwards eases into the top 15.

“But now, we have a win,” Edwards claimed. “The pressure is off and we can just go, have some fun and all these JGR (Joe Gibbs Racing) cars have been fast the last couple of weeks, particularly at Charlotte. Now we are here at a place where I love, our cars are fast in practice so hopefully we can just keep building on it.”

We talk about momentum a lot in this sport; now, the No. 19 team has it. For Edwards, in his first year with JGR, there is a possibility the 600 triumph can boost the team to week-in and week-out strong results.

“For us, the win was just a huge gift,” Edwards concluded. “It’s opportunity — now we can relax and focus.”

With the entire JGR team of Matt Kenseth, Denny Hamlin and the returning Kyle Busch showing improvement, Edwards hopes the victory can help propel the four-car organization back into the championship hunt come September.