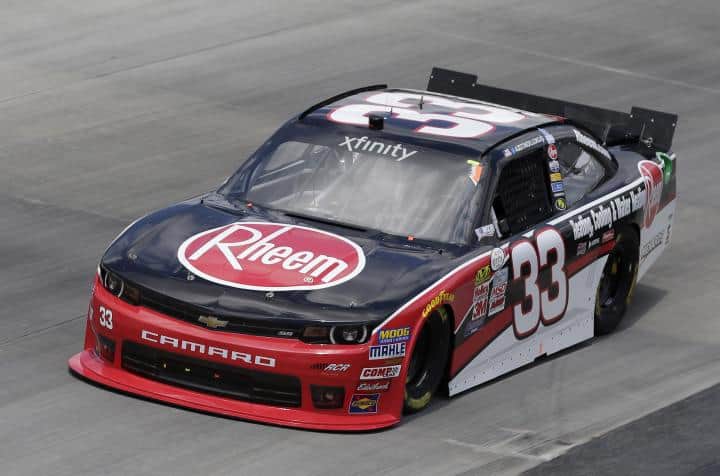 It didn’t take too long for Ty Dillon to follow in his brother’s footsteps. After Austin Dillon dominated the weekend at Charlotte, Ty was quickest in the opening practice for the NASCAR Xfinity Series at Dover.

Dillon’s No. 3 car set a time of 22.780 seconds (158.033 mph) on his eighth lap during the morning session. Edging out rookie Erik Jones by nearly two-tenths of a second, Dillon is looking for his fourth straight top-10 starting position after qualifying 11th or worse in each of the first eight events.

Brian Scott, who is running the NASCAR Sprint Cup Series race as well, was third in the first Xfinity Series practice, with Kasey Kahne and Austin Dillon rounding out the top five. Making his third Xfinity Series start of the season, Matt Kenseth was sixth in the No. 20 car.

Championship leader Chris Buescher was ninth quickest in the morning practice. Rookies Brennan Poole and Daniel Suarez were the only drivers to run 10 consecutive laps during the first session.

During first practice, Carl Long‘s No. 13 car hit a piece of tungsten from Peyton Sellers‘s vehicle. Long received damage to his engine and was forced to go to a backup car.

What happens when tungsten hits a car … #NASCAR pic.twitter.com/mtgqOEIO5K

Dillon edged out teammate Brendan Gaughan by one-tenth of a second in final practice. Suarez, Darrell Wallace Jr. and Kenseth rounded out the top five.

Reigning champion Chase Elliott picked up the pace in Happy Hour in the 10th position after putting up the 13th quickest time in the morning practice. Points leader Buescher was eighth, with Ty Dillon dropping to 14th in the afternoon edition of practice.

During the extended final session, which was an hour and 25 minutes, the majority of teams focused on race runs instead of practicing in qualifying trim. Poole ran the most laps between the two sessions as he tallied up 133 laps.